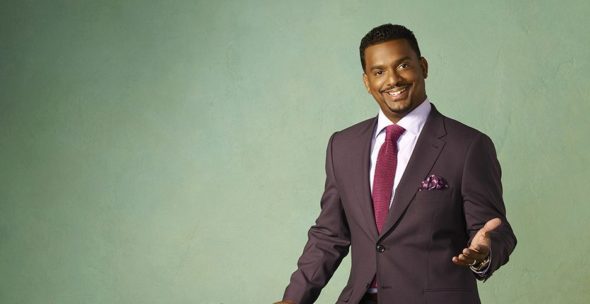 America’s Funniest Home Videos is a home-made-video-clips based television series on ABC. Abbreviated as AFV, the show features funny, humourous homemade videos, which are submitted by the viewers. Created by Vin Di Bona, it is based on the Japanese TV show of the 80s, Fun TV with Kato-chan and Ken-chan. Fun TV had a segment where the viewers were requested to submit clippings from their home movies. Di Bona adapted the format to a TV special that featured on ABC, on November 26, 1989. The show was then run as a full-fledged weekly series by ABC, starting from January 14, 1990.

Executive produced by Vin Di Bona, Todd Thicke and Michele Nasraway, it is the longest-running non-news prime time entertainment program on ABC. The show has seen a total of 29 seasons so far. Here’s everything we know about America’s Funniest Home Videos Season 30.

Since it first released, it has been considered one of the most well-received shows in the US. On October 29, 2018, ABC renewed the series for two more seasons, ensuring its continuity till the 2020-2021 session.

Who is the Host of America’s Funniest Home Videos?

America’s Funniest Home Videos debuted on November 26, 1989, as an hour-long TV special on ABC. Intended to be a special, it was hosted by actor/comedian Bob Saget, who was then starring in the ABC sitcom, Full House. As a stand-up comedian, actor and TV host, Saget brought his A-game to the show and is widely appreciated for his contribution to the show. Although, as reports go, John Ritter was the first choice of AFV creator Vin Di Bona, but fortunately for Saget, Ritter was unavailable at the time.

During Saget’s time hosting, the show was narrated by the announcer of several ABC advertisements and shows, Ernie Anderson till 1995 and by radio and television actor, Gary Owens till Saget left in 1997. Comedian John Fugelsang and model and TV personality Daisy Fuentes succeeded Saget, as co-hosts of the show. Voice actor and singer Jess Harnell took over Owens as the announcer of the show.

Since 2016, the show is hosted by actor/comedian/dancer Alfonso Ribeiro, who is fabled for his roles in sitcoms like Silver Spoons, The Fresh Prince of Bel-Air and In the House. He also hosted the game show, Catch 21, the family show, Spell-Mageddon and dance show, Dance 360. Ribeiro is also the winner of Season 19 of the dance competition TV show, Dancing with the Stars, along with his professional partner, Witney Carson.

The show features funny video clippings submitted by the viewers. These videos star the viewers themselves as they are caught in some kind of accidental comedy. The hosts and the narrators of the show are equally hilarious in narrating the show. Being comedians, they know how to entertain their audience.

What is America’s Funniest Home Videos About?

On AFV, the audience can upload their videos in a digital format onto the show’s official website, AFV.com, which launched in 2012. From 2008 to 2012, the videos were to be uploaded to the ABC website. Back in the day, the audience could mail (traditional sense) the videos on VHS and other home video formats. Majority of these videos are short, ranging from 5 to 30 seconds, and are mostly shown against the backdrops of the hosts’ monologues.

Most of the videos typically feature people and pets, running into humorous accidents, and getting caught on camera. Some videos also include clever marriage proposals, and people and animals showing off their atypical hidden talents. As mentioned in the end credits, most of the videos are edited due to time constraints.

Every week, 3 of the videos that are seen and shown are selected by the producers and voted on by the studio audience. The winner gets a sum prize of $10,000, followed by the runner up, getting $3,000 and third place video owner, getting $2,000. The winner is then in the running for a $100,000 prize at the end of a seven or ten show run. The winners of the previous episodes are brought back after every half of the season to participate and win the additional $100,000.

Such is the love that the audience has for this show, the running time was eventually increased from 22 minutes(1990-99) to 44 minutes from 2001. The show is an explicit example of entertainment for the whole family. The audiences’ reception of the show is positive, and it is one of the most-watched TV shows of the era. Featuring blunders and boo-boos makes the fun element real and relatable.

Check out clips from the show here