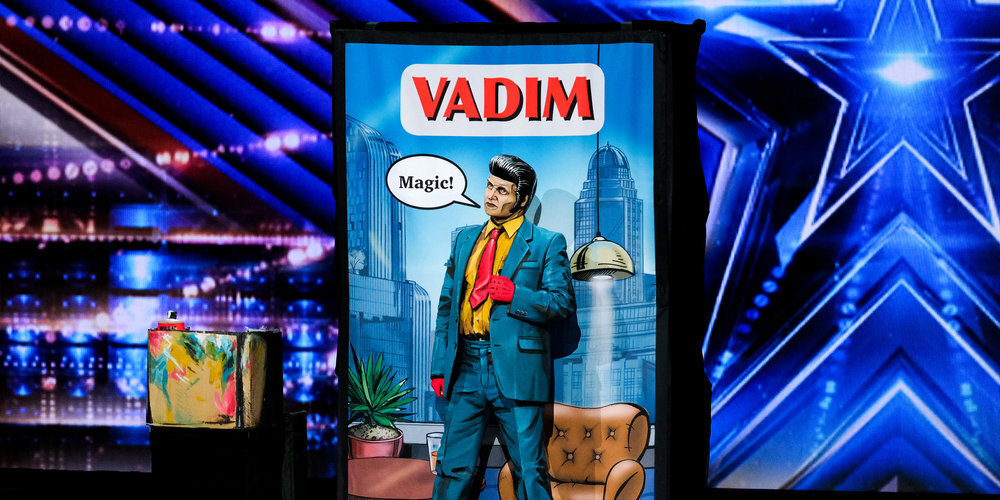 Since its premiere in June 2006, NBC’s ‘America’s Got Talent’ has been a constant source of entertainment for people who love some excitement in their lives. In the latest episode of Season 15, Eric Stonestreet, once again, assumes Heidi’s seat at the judging table. The auditions take place in an empty arena with just the judges, to ensure the safety from the coronavirus.

After refraining from pressing the buzzer for so many weeks, Howie finally slams the Golden Buzzer, sending Brandon Leake straight to the live shows to join Roberta Battaglia, Voices of Our City Choir, Cristina Rae, and the W.A.F.F.L.E. Crew. We have added a recap for you, in case you wish to jog your memories. In case you’re updated, here are are the details of ‘America’s Got Talent’ season 15 episode 7!

Where to Watch America’s Got Talent Season 15 Episode 7 Online?

Let’s start with the highlight of the episode, that is Howie finally pressing the Golden Buzzer and sending Brandon Leake, a counselor and spoken word poet from Stockton, California, to the live shows. Through his poem, Brandon intends to honor the memory of his sister, who is no more. His performance tugs at the heartstrings of the judges, and it reminds Sofia of her brother who passed away years ago. Simon goes speechless as he finds Brandon’s words very powerful.

Kenadi shares her dream of performing live for her family members, who are losing their sight with each passing day. She wows the judges with her original song ‘One Way Ticket to Tennessee’ and gets four Yeses to proceed to the next round. Cello player Elijah performs on Ariana Grande’s ‘7 Rings’ and gets another chance to showcase his talent. Two-time Olympic champion Shevon Nieto sings an original song, ‘Through the Good and the Bad,’ that symbolizes the love story between Shevon and her former Olympic star husband, who is recovering from paralysis. She gets a unanimous Yes and moves to the next round.

Harmonica-players Brothers Gage, uni-cyclist Wesley Williams, cheer squad CA Wildcats, pianist Jacob Velazquez, and stand-up comics Michael Yo and Crystal Powell manage to impress the judges and secure an entry to the next round. However, acrobatic duo Jim and John, mentalists Anthem and Aria, magician Vadim, and Air Guitar World Championship 2019 winner Rob “The Marquise” Messel fail to entertain the judges and are, therefore, asked to walk away.