America’s Got Talent: The Champions S2 E3: Where to Stream? 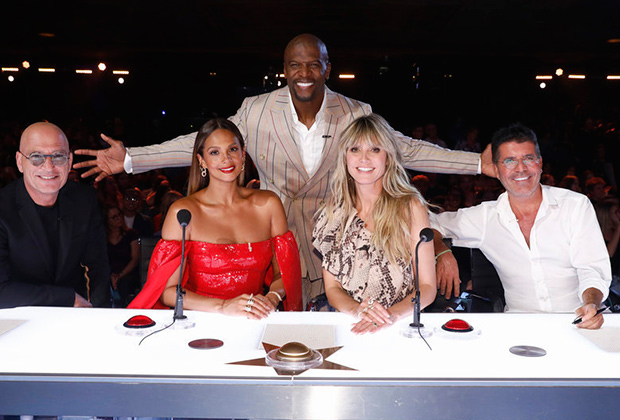 The second season of America’s Got Talent: The Champions has stayed true to its promise of taking viewers on the wildest ride ever. The premiere episode itself is packed with some of the best performances as the globe’s most-talented go head-to-head for the title of World Champion. Former AGT finalists and winners have managed to wow judges and fans with incredible, jaw-dropping acts.

After a spectacular debut, episode 2 landed this week, displaying an equally remarkable showdown. And viewers who are already done with the episode, want to know that what lies in store for them on episode 3 of AGTTC season 2. Well, we step in right here. Read on to know.

When is America’s Got Talent: The Champions Season 2 Episode 3 Release Date?

America’s Got Talent: The Champions season 2 episode 3 will premiere on January 20, 2020, at 8 pm ET/ 7 pm CT on NBC. There are a total of 40 acts that are planned to be featured, in sets of 10, across the first four weeks. Hence, episode 3 will showcase another 10 of the best performers.

Where to Watch America’s Got Talent: The Champions Season 2 Episode 3 Online?

You can watch America’s Got Talent: The Champions season 2 episode 3 by tuning in to NBC at the above-mentioned time slot if you have a cable subscription for the channel.

If you don’t have a cable connection, then you can watch AGTC season 2 episode 3 online on the official NBC website. You can also tune in without cable through Fubo TV, AT&T TV Now, or Hulu Live TV if you have their paid subscription.

The Golden Buzzer this week rests in the hands of judge Howie Mandel. The first brilliant act is from Marcelito Pomoy who uses a unique combo of high and low pitch voices in his performance. Next up is mentalist Oz Pearlman, who delivers a mind-blowing trick with the judges’ memories. Dance group Boogie Storm gives a remarkable acrobatic performance, which prompts Simon Cowell to hit the buzzer, sending them right to the finals.

Ben Blaque performs a roulette act and then Collabro sings to a version of “Shallow” from “A Star Is Born.” Ryan Niemiller jokes about his newfound fame and Puddles Pity Party sings to “I Want to Know What Love Is.” Magician Marc Spelmann plays a random game with the judges and Luke Islam delivers his rendition of the Celine Dion song “Ashes” from “Deadpool 2.” Finally, Spencer Horsman pulls off an extraordinary escape act while being submerged in a tank of water and then raised 30 feet in the air.

The decisions! From the rest of the nine acts, superfans choose Marcelito Pomoy and Marc Spelmann to proceed to the semifinals. Spencer Horsman, Luke Islam, and Ryan Niemiller land in the 3rd, 4th and 5th places in the voting and Simon decides to pick Ryan while Alesha and Heidi support his decision. So yes, Ryan Niemiller is the last semi-finalist from this episode