America’s Got Talent: The Champions S2 E4: Everything We Know 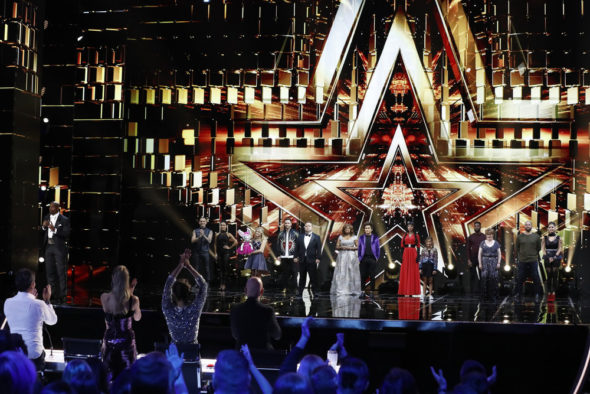 After two weeks of remarkable performances by some of the most talented champions from the ‘America’s Got Talent‘ franchise, this week’s episode brings in a set of another 10 contenders. In the previous episodes, we had followed the judges as they made some questionable decisions. But this time around, the tables have turned.

Well, more on that later in our recap section. Let’s get straight to what fans are craving for — information about the upcoming episode. Worry not. We have you covered. Read on to know everything about episode 4 of America’s Got Talent: The Champions season 2.

When is America’s Got Talent: The Champions Season 2 Episode 4 Release Date?

America’s Got Talent: The Champions season 2 episode 4 will premiere on January 27, 2020, at 8 pm ET/ 7 pm CT on NBC. There are a total of 40 acts that were planned to be featured, in sets of 10, across the first four weeks. Hence, episode 4 will showcase the last remaining 10 best performers.

Where to Watch America’s Got Talent: The Champions Season 2 Episode 4 Online?

You can watch America’s Got Talent: The Champions season 2 episode 4 by tuning in to NBC at the above-mentioned time slot if you have a cable subscription for the channel. You can also watch the latest episodes online on the official NBC website.

If you don’t have a cable subscription, you can watch the show on Fubo TV and AT&T TV Now. Previously released episodes are available on Hulu as well.

In the third week, judge Howie Mandel gets the Golden Buzzer. He uses this power to pick the acrobatic dance group V. Unbeatable after witnessing their mesmerizing act. They will head straight to the finals. Violinist Tyler Butler-Figueroa, who performs his own version of a rendition of Blanco Brown’s ‘The Git Up’ also makes his way to the semi-finals. Duo Destiny, who manages to stun the audience with their jaw-dropping, gravity-defying act is additionally chosen by AGT super fans for the semis.

The final contestant to make it to the semis is Alexa Lauenberger, who delivers a performance with her eight dogs. Her performance is incredibly impressive because she has trained her dogs to be props for each other while supporting one another —  with the smaller dogs hopping over the larger ones. She is the judges’ choice and is chosen over dancing group Quick Style (who performs to a routine for ‘Ain’t No Sunshine’) and singer Michael Grimm (who continues to capture audiences with his soulful voice).

The additional participants who have to leave their Champions journey are magician Ben Hart, puppeteer Freckled Sky, danger act expert Miki Dark, and beatboxer Moses Concas. Hart’s magic act seems a little off for the Champions stage — it involves doubling one grain of rice and then converting the rice to water. Sky uses his dolls to narrate a story of the imbalance between work and love. Dark also delivers a scary act, which is executed with judges Terry and Heidi on-stage. Concas beatboxes and plays the harmonica simultaneously in his performance.