When Will ‘America’s Most Musical’ Family Return on Nickelodeon? 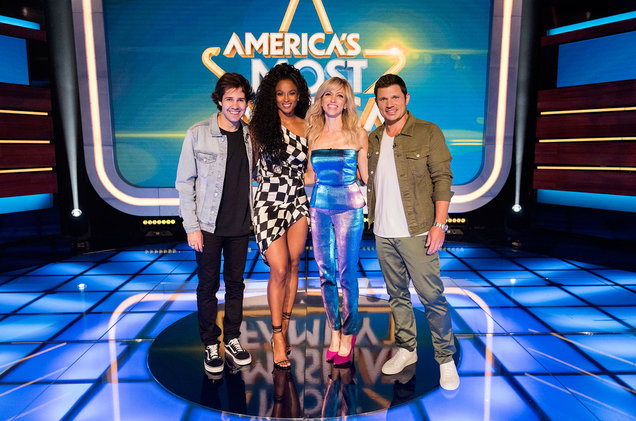 ‘America’s Most Musical Family’ is a reality tv series that joined Nickelodeon’s slate of music competition shows, following the kid- and family-friendly network’s success with ‘Lip Sync Battle Shorties’. It follows 30 talented families as they compete with each other across various genres — from pop and hip-hop to Latin and opera –in order to win a recording contract with Republic Records as well as a grand cash prize of $250,000.

The announcement for ‘America’s Most Musical Family’ season 1 was made by Nickelodeon on February 14, 2019. Produced by The Intellectual Property Corporation, it is executive produced by Eli Holzman and Aaron Saidman (‘Undercover Boss‘, ‘So You Think You Can Dance‘), alongside Claire Kosloff and Jeff Boggs. The series credits Julia Knowles (‘The X Factor’, ‘MTV Europe Music Awards’) as its director.

With the conclusion of season 1 in January 2020, fans are wondering if the show will be renewed for a second season. Read on to know everything about ‘America’s Most Musical Family’ season 2.

Who’s the Host of America’s Most Musical Family? Who Are the Judges?

‘America’s Most Musical Family’ has Nick Lachey as its host. The Multi-Platinum recording artist, tv personality, and businessman first came to the limelight after serving as the front-man for his band 98 Degrees, which still tours the country. Lachey has previously presented and produced multiple shows such as ‘Big Morning Buzz Live’, ‘Dancing with the Stars’, and ‘The Sing-Off’, among others.

The members of the judging panel include Ciara, David Dobrik, and Debbie Gibson. Ciara is a Grammy-winning singer and songwriter as well as a producer, model, and actress. YouTube sensation Dobrik has a channel that has featured interviews with celebs including Kylie Jenner, Kendall Jenner, and Charlie Puth, to name a few. Gibson, who rose to fame with her first album, ‘Out of the Blue’, is known to be the youngest female artist in history to have written, produced, and performed a number-one hit, ‘Foolish Beat’.

Rob Bagshaw, EVP of Unscripted Content for Nickelodeon said in a statement to Deadline, “We are thrilled to welcome Nick Lachey and our incredibly talented judges—Ciara, David Dobrik and Debbie Gibson—to Nickelodeon.” As per him, Nick is already a crowd-puller as he performs alongside his brother Drew in 98°, Debbie is extremely talented to have been a record-holder at such a young age, David is sharp and witty because of his prolonged exposure to the digital world, which, in turn, helps families build their brand, and “Ciara leads her own family in the spotlight as she continues her chart-topping career as a true triple threat.” However, to summarize, the ultimate goal of the show is to celebrate exceptionally talented families.

We expect the judges and host to make a comeback in season 2 as well. In season 1, after the finale, the final winners were the Melisizwe Brothers — a team of three siblings from Canada. In the second season, the team of contestants will be different, consisting of families from the US, from different backgrounds who excel in the music of all genres.

What is America’s Most Musical Family About?

‘America’s Most Musical Family’ pits some short-listed families from across the US who embark on a head-on battle to be branded with the eponymous title. The series showcases 30 families from various states in America, who can be in groups of two or more relatives, performing in sync with each other. There is a dad-daughter duo, sibling teams, and even a 12-member, multi-generational brass ensemble. Over the course of its episodes, these talented musical clans engage in the ultimate face-off so as to claim a $250,000 cash prize and an esteemed recording contract with Republic Records.

Introducing a unique concept to the genre of music competitions, ‘America’s Most Musical Family’ is a great show as it highlights how the featured participants add new twists to our all-time favorite numbers. Judge Gibson has claimed to have been “floored” by the level of talent depicted across the episodes. She said to Billboard, “We didn’t have the Internet, we were essentially inspired by whatever records our parents had on, or watching Donnie and Marie on Friday nights. To hear all of these different influences in their musical styles and arrangements is amazing.”

America’s Most Musical Family Season 2 Release Date: When will it premiere?

‘America’s Most Musical Family’ season 1 premiered on November 1, 2019, at 7 p.m. ET/PT, on Nickelodeon. Its entire run for the inaugural installment comprised of 13 episodes. It concluded with its finale on January 17, 2020. Each episode spanned a run-time of 30 minutes.

The show’s premiere was additionally simulcast across BET, MTV, MTV2, Nicktoons, Paramount Network, TeenNick, TV Land, and VH1, with new episodes being aired every Friday night on Nickelodeon at the same time slot.

On November 4, 2019, just three days after the season 1 premiere, Nickelodeon greenlighted the series for another season. Casting is currently going on as per an ad on Nickelodeon’s official website for America’s Most Musical Family.

Contestants can be any family — ranging from up and coming bands to established acts. All genres are accepted and the show welcomes people from all backgrounds. Shooting commences in Hollywood, just like in season 1.

We do not have a release date yet. But if the show sticks to its previous schedule, we can expect ‘America’s Most Musical Family’ season 2 to premiere sometime in November 2020.

You can check out the official trailer for ‘America’s Most Musical Family’ season 1 below.