When Will Amphibia Season 2 Premiere on Disney? 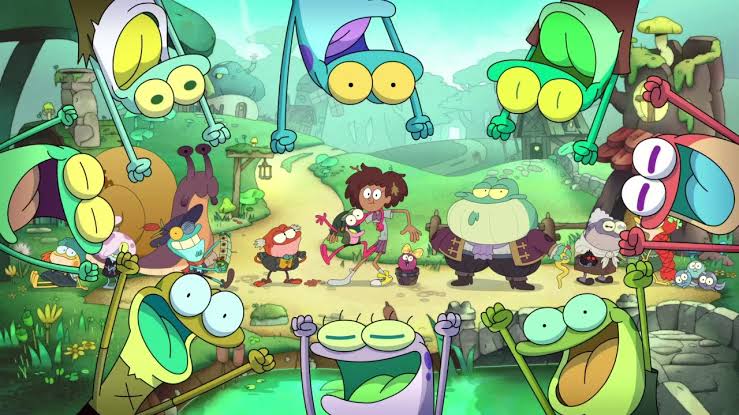 Created by Matt Braly, who also serves as the executive producer of the show, ‘Amphibia’ follows the story of a Thai-American girl named Anne, whose discovery of a strange music box leads her to a world she had never even dreamed of. The story is pushed forward as she tries to understand her new surroundings while educating the people of Amphibia about the ways of her world, though there is more learning on her part.

Goofy, witty, and highlighting important issues like bullying and emotional manipulation, season 1 of the animated series opened to good reviews. Hence, it was soon renewed for its second edition. Read on to know when the show’s next season will land on tv.

‘Amphibia’ Season 1 premiered on June 17, 2019, on the Disney Channel and concluded on July 18, 2019. The show received positive reviews for providing an entertaining story to the young audience while tackling important issues and themes that they should learn about early in their lives. Moreover, knowing that Anne’s story cannot be contained in just a handful of episodes, Disney Channel had already renewed the series for a second season, a month ahead of season 1’s premiere. The news arrived on May 15, 2019, just a day before the trailer for the first season was released and people were already stoked for it. Well, now we also have a release date. ‘Amphibia’ season 2 premieres on July 11, 2020, at 8:20 pm ET.

Amphibia Season 2 Cast: Who Can be in it?

Amphibia Season 2 Plot: What Can it be About?

In season 1, we meet Anne, who discovers a mysterious music box that magically transports her to Amphibia, a wild marshland, inhabited by weird, anthropomorphic amphibians and dangerous creatures. This is where she forges a strong friendship with Sprig Plantar and together, they embark on multiple adventures. The final episode had hinted at a massive plot arc for the second season, in which Anne is expected to venture further into the depths of Amphibia, as she and her team look for the Calamity Box in order to get Anne home. Anne and the Plantars leave Wartwood for Newtopia and in this journey, they see exotic new locations, uncover hidden secrets, and experience unexpected reunions. Season 2 also includes a homage to ‘Gravity Falls’, featuring the voice of Alex Hirsch.