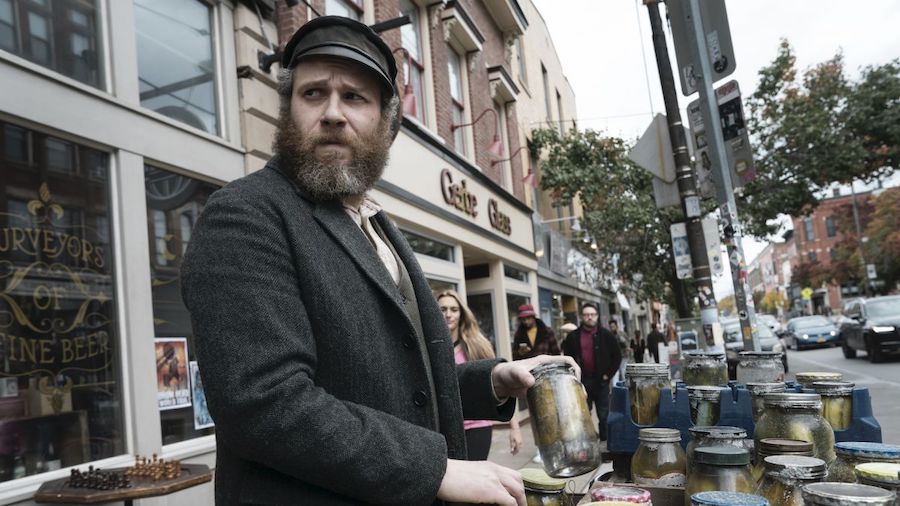 Seth Rogen’s ‘An American Pickle’ is a heartwarming comedy that follows the story of two men from different generations of the same family. It focuses on several issues that revolve around the importance of family and faith and delivers a feel-good experience that makes one want to reconnect with their roots. The ending highlights the message of the story and gives us a lot to think about. If you haven’t seen the film yet, come back to this article later. You can find all the places where to watch ‘An American Pickle’ here. SPOILERS AHEAD

Herschel Greenbaum is a ditch digger in the East European shtetl of Schlupsk. When he meets the woman of his dreams, Sarah, he decides to build a strong family legacy so his children and their children’s children can benefit from that. The threat of the Cossacks forces them to run away from their home and they settle in America. Herschel starts working at a pickle factory where an accident on the closing day leaves him trapped in pickle brine. A hundred years later, when the vat is opened, Herschel comes out to discover that he is in a completely different world. A search for his family leads him to Ben, his only living descendant. 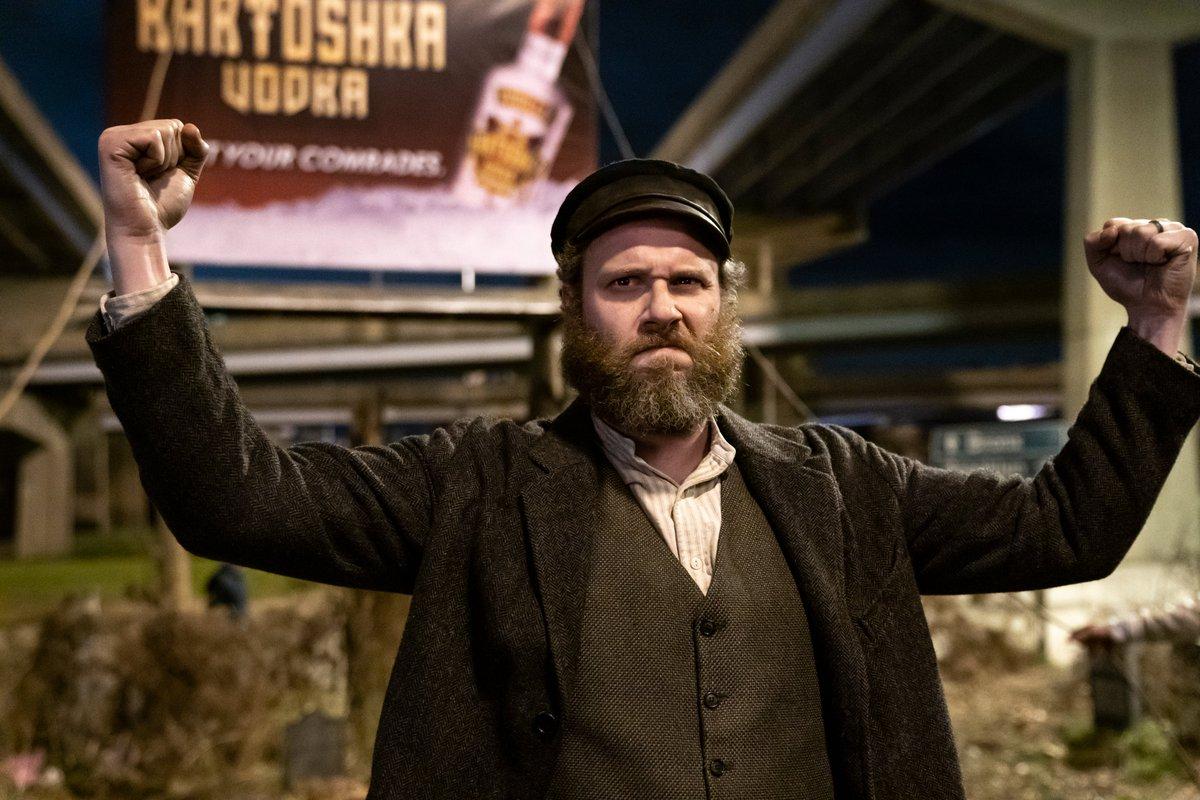 When Herschel and Ben Greenbaum first met each other, they had both been lonely souls. Herschel had spent a hundred years inside a vat of pickle, and when he was brought out of it, he found that his world was not there anymore. His wife was gone, he never got to see his son, and all that he had dreamed he would do for himself and his family was in the past as well. Ben had been grappling with similar loneliness. His parents died in a car accident and he was the last of the Greenbaums left. He had dedicated his life to creating his breakthrough app, which meant he had no time for friends or a life partner. He might not have time-traveled to the future, but he did feel like his life was stuck in one place and he couldn’t get out of there.

Though they bond over their family and a love for seltzer, a crack appears in their newfound relationship when Herschel takes over the cause of defeating the “Cossacks” and reclaiming the land that serves as his family graveyard. From here, they part ways, and to Ben’s immense annoyance, Herschel does exceptionally well for a man out of his time. In his anger, Ben tries all sorts of ways to sabotage Herschel’s pickle business, which eventually leads to a fistfight on the Canada border where Herschel passes himself off as Ben, and Ben is deported to Schlupsk under the guise of Herschel.

What happens here is both of them get a look into each other’s lives in a way they hadn’t bothered to before. Ben had been running away from his faith and religion, which was an important part of Herschel’s identity, and in doing so, had never properly grieved for his parents. The deportation to the hometown of his great-grandfather leads him back to his roots where he is sheltered and comforted by the very thing that he claims he doesn’t believe in. He comes around to accepting his Jewish identity, and recites Kaddish with the group, finally allowing himself to grieve.

Meanwhile, back in America, Herschel discovers an intimate thing about Ben. Previously, he had believed that Ben was not the kind of person to uphold the Greenbaum family values that Herschel had vowed would happen for his future generations. He didn’t understand Ben’s job, he found him weak for not fighting for his family, and with no photos of his family on the walls and no sign of his Jewish identity around him, Herschel found Ben a disappointment. However, that changed when he realized that the whole idea of making the Boop Bop app was for Ben to make his parents proud of him. He was doing it for family, and that was the Greenbaum value that Herschel valued above all. 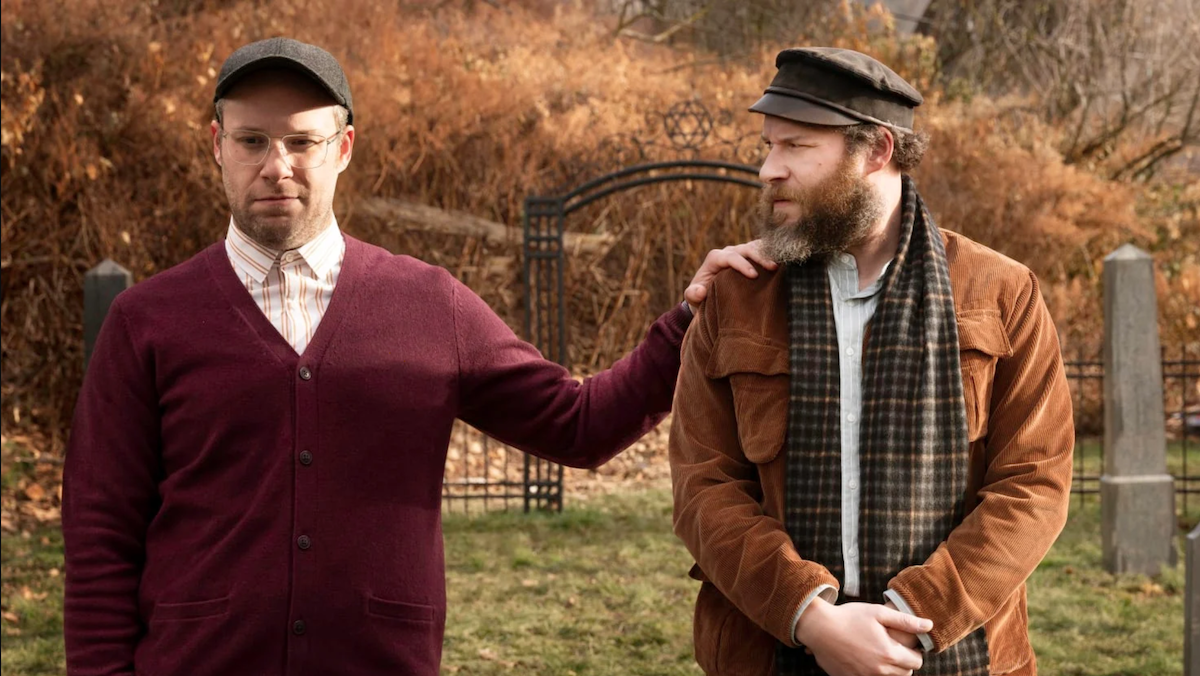 He travels to Schlupsk and apologizes to Ben for his deportation. They reconcile and share their dreams by the same lake where Sarah and Herschel had shared their dreams and decided to build a life together. This scene also marks the greatest thing about family. No matter how different they might be, what beliefs they have, and no matter how much they fight, they will always be each other’s family, and hence, eventually, come around to being there for each other no matter what.

Ben, now, knows that Herschel is the only family he has, and if they are to survive and uphold the Greenbaum legacy, they have to work together. He offers Herschel to start a pickle business together, just what Herschel had suggested they should do in the beginning. There would, of course, be a lot of cleaning up to do before they can get Herschel back to America, but they have a plan. Herschel’s pickle-making skills and Ben’s knack with apps and the internet will be enough to get them back on track.

In the end, we find both of them in the graveyard, which means Herschel has been allowed back into America, and there must have been a lot of apologizing to a lot of people. This proves that Herschel is ready for a change now, especially when it comes to his outdated thoughts. We also find Ben joining him in prayer, which shows that even though he might not be the most religious person now, he does understand that there are some things in his great-grandfather’s faith that can bring both of them comfort and happiness.

Read More: Where Was An American Pickle Filmed?