Where to Stream An American Pickle? 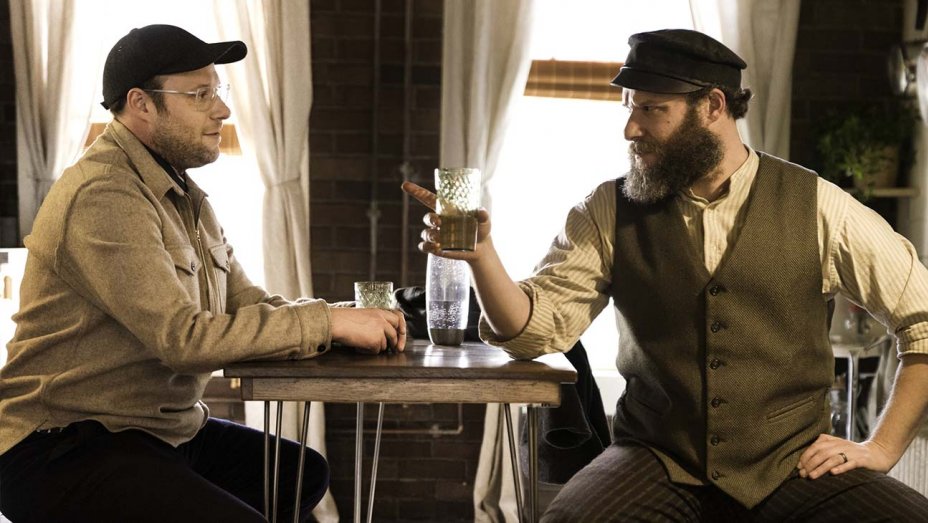 Brandon Trost embarks on his solo directorial debut with ‘An American Pickle,’ the comedy-drama movie based on Simon Rich’s short story, ‘Sell Out.’ Seth Rogen brings his unique brand of comedy to the film, portraying an Ashkenazi Jew in the 1920s. He gets preserved in a jar of pickles, accidentally, and wakes up in modern-day New York. Visibly disoriented by his surroundings, the man tries to settle down with the help of his last remaining descendant, also essayed by Rogen. Curious to know where you can watch this film? We’re here to tell you that right after walking you through the story.

What is An American Pickle About?

Herschel Greenbaum is a struggling Ashkenazi laborer, who has immigrated to America in 1920. Like everyone, he harbors the American dream of a better life for himself and his family. While working at a factory, Greenbaum falls into a vat of pickles, and the brine preserves him perfectly for 100 years. Herschel emerges in present-day Brooklyn and finds he hasn’t aged at all. However, all he has left of his family is his mild-mannered grandson, Ben. Herschel tries to connect with his last living relative but finds it hard to understand the computer programmer who inhabits the strange present-day world.

Is An American Pickle on Netflix?

Netflix has a spectacular collection of films and shows, which makes it one of the best platforms. While ‘An American Pickle’ is not on Netflix, you can check out ‘The Old Guard.’ It is quite different in tone, insofar as it is an action movie. However, it also deals with assassins who are out of time. They are near-immortal beings who have seen the world through ages. Thus, their sense of timelessness and non-belonging is similar to ‘An American Pickle.’

Is An American Pickle on Hulu?

Hulu keeps making smart additions to the platform, which keeps it ahead of competitors. ‘An American Pickle’ is not available for streaming. However, you can check out ‘The Mask.’ In the spectacular comedy, the person belongs to the present, but the mask he puts on is a timeless testament to mischief and mayhem.

Is An American Pickle on Amazon Prime?

Amazon Prime sources content globally to satiate all viewers. While ‘An American Pickle’ is not available to Prime subscribers now, you can always check out ‘The Man From Earth.’ In a gripping narrative, we see how an impromptu farewell turns into an evening of amazement as an individual regales his colleagues with tales of his timelessness.

Where Can I Stream An American Pickle Online?

Even if you are not subscribed to Netflix, Prime or Hulu, you need not worry since ‘An American Pickle’ is an HBO Max exclusive. Thus, you can stream it on the platform with a valid subscription. See it here.

Can I Stream An American Pickle Online For Free?

If you are looking to watch the movie for free, you are in luck. You can use the trial period offered by HBO Max to watch the film. However, we’d like to urge our readers to pay for all art you consume.