Where to Stream Angel Has Fallen? 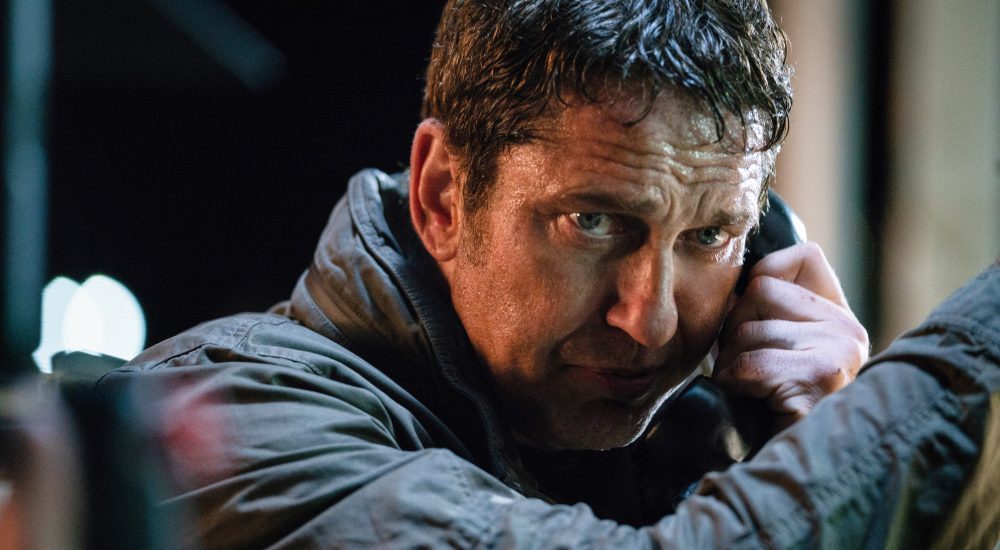 ‘Angel Has Fallen’ is the latest entry in the ‘Fallen’ series of films and like the previous parts, it does not hold back on heavy action that propels a simple plot. The movie brings back Gerard Butler in the role of Secret Service agent Mike Banning. After having protected the president from an attack in the White House and an attack in London, for a change, Banning will have to protect himself to get his name cleared after an assassination attempt on the president.

Thus, ‘Angel Has Fallen’ attempts to steer the action towards a political thriller. Over the course of the movie, the mystery begins to unfurl as the apparently trusted people seem to be full of deceit. But those who watch the film for just action will not be disappointed either as the movie has plenty of fighting and chase sequences. That being said, you must be wondering where you can see ‘Angel Has Fallen’. But before we tell you that, let us walk you through the plot of the movie.

What is Angel Has Fallen About?

‘Angel Has Fallen’ starts with showing us Mike Banning undergoing training at a private military facility, which is owned by Wade Jennings, a former fellow Ranger, who is currently the CEO of Salient Global, a paramilitary group. It appears that Trumbull, played by Morgan Freeman, the President of the US, has recommended that Jennings take the post of the Secret Service Director. Meanwhile, all is not well with Banning, who hides the fact that he has been having migraines and insomnia, not to mention, recurring back pain.

Soon, the action picks up when the president is on a rural fishing trip and drones attack his protection detail. Always the hero, Banning saves the president, but he barely survives and they both get seriously injured. The president is in a coma and the investigation that follows shows that Banning’s DNA is present in the van used to carry out the attacks. Obviously Banning is put under arrest. When he is being taken to the detention facility, his vehicle is attacked. Banning manages to kill the attackers and escape, but he recognizes them as the agents he trained with at Wade’s facility. It is abundantly clear that Wade is behind the attack on the president. Banning contacts his wife to tell her his situation, which alerts the FBI. However, Banning is able to evade them and escape to his father’s cabin in the woods.

Trumbull is still comatose, so Vice President Martin Kirby assumes all responsibilities. He reveals to the press that Banning is responsible for the attack and might have done it with help from the Russian government. Meanwhile, Banning and his father Clay see Wade’s men approach their hideout. Clay uses explosives to kill the attackers, quashing the attempt early on. As they escape, Banning reveals that he has a wife and daughter. When they are about to be kidnapped by Wade’s men as leverage, Clay saves the two. The FBI investigation gets closer to the truth as Agent Helen Thompson, who earlier doubted Banning, sees the bodies outside the cabin and realize that he must have been set up. She meets Wade with another agent, but the wily ex-army man kills them both.

A ray of light appears amidst the action when Trumbull finally wakes from his coma. It is revealed that the Vice President is in cahoots with Wade. His plan is to leverage the attempted assassination to attack Russia. Banning goes to Trumbull’s hospital where he is captured. However, Trumbull orders his release and the loyal Secret Service agent manages to get the president to safety just before Wade destroys the hospital by releasing unstable amounts of oxygen and nitrogen, causing an explosion. There is a prolonged gun battle as Wade’s men try to catch up to Banning who is not interested in taking prisoners anymore. Wade tries to make a getaway in his helicopter, but Banning destroys it. When flight is no longer an option, Wade decides to fight. Wade and Banning have an intense hand to hand combat session where Banning fatally stabs Wade.

Ultimately, in the end, Banning’s name is cleared of all charges even as the Vice President is arrested for treason. Clay makes the decision to move in with Banning and his family. The agent, however, feels guilty about how things went down with Trumbull and thus hands in his resignation. His resignation is turned down and Banning is forgiven. We see that he gets the promotion to the position of the Director of the Secret Service.

Is Angel Has Fallen on Netflix?

Netflix has a wonderful collection of films and television shows which cater to a wide array of tastes. However, the premier content provider does not have ‘Angel Has Fallen’. But don’t let this get you down since you can enjoy some good action thrillers on the platform like ‘Triple Frontier‘.

Is Angel Has Fallen on Hulu?

Hulu has a fantastic collection of films and television shows that the platform keeps adding to, so as to stay ahead of competitors. Though ‘Angel Has Fallen’ is not on Hulu, you can check out ‘The Sum of All Fears‘, which introduces a tough and smart character called Jack Ryan. Ryan’s adventures will surely remind you of Banning’s.

Is Angel Has Fallen on Amazon Prime?

Amazon Prime has a collection of films and television shows that is as enviable as Netflix’s. Though ‘Angel Has Fallen’ is not available for Prime subscribers yet, you can always check out ‘Tom Clancy’s Jack Ryan‘, a show that has received praise for its brilliantly nuanced exploration of the world of espionage while keeping the thrills and elements of action.

Where Can I Stream Angel Has Fallen Online?

Unfortunately, ‘Angel Has Fallen’ has not arrived on any of the platforms that allow you to stream movies. Thus, you have to wait a while before you can stream it online.

When Will Angel Has Fallen Release on DVD and BluRay?

‘Angel Has Fallen’ is not yet out on DVD and BluRay, and no announcements have been made about a scheduled release date either. You have to wait a while to find out, unfortunately.

Where Can I Watch Angel Has Fallen Online For Free?

Sorry freeloaders, there is no legal way yet, which will allow you to stream ‘Angel Has Fallen’ online for free. You have to wait until the movie arrives on one of the sites with free trial periods. However, it is still playing in some theaters, if you want to catch it there.