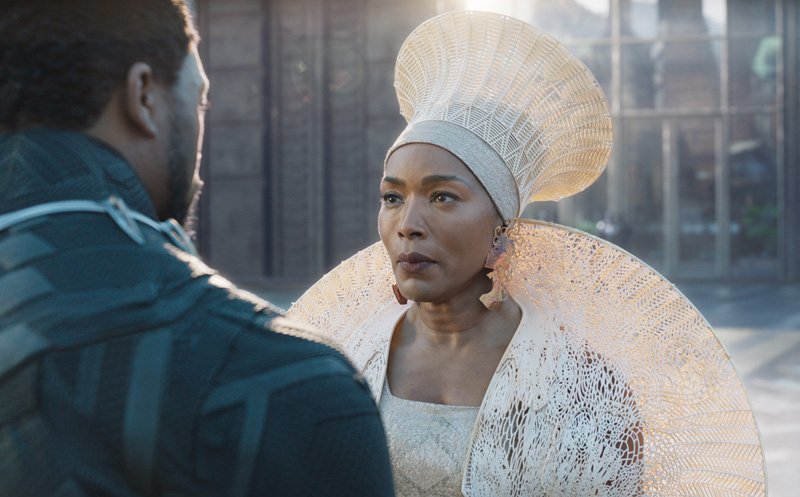 Actress Angela Bassett joins the cast of the upcoming action thriller ‘Gunpowder Milkshake.’ The actress plays a major role alongside the previously announced cast members, Lena Headey and Karen Gillan, Deadline reports. The movie is produced by Studiocanal and The Picture Company. Aharon Keshales and Navot Papushado direct ‘Gunpowder Milkshake’ from a script they co-wrote with Ehud Lavski. The movie is touted as a high-octane, woman-centric action flick that spans over multiple generations of assassins. The Picture Company’s Andrew Rona and Alex Heineman produce the movie under their overall deal with Studiocanal.

Angela plays the character, Anna May, who is one of the chieftains of a huge armory. The actress stole the hearts of the audience with her recent portrayals of Ramonda, the stepmother of ‘Black Panther‘ and Erika Sloane, the new Director of the Central Intelligence Agency, in ‘Mission Impossible: Fallout.’ Bassett is also known for ‘American Horror Story,’ ‘BoJack Horseman,’ ‘9-1-1,’ and ‘Bumblebee.’ She won the Golden Globe for her portrayal of Tina Turner in ‘What’s Love Got to Do with It.’ Her upcoming projects include Netflix’s movie ‘Otherhood,’ alongside Patricia Arquette.

Lena Headey, who plays Cersei Lannister on the HBO epic drama series ‘Game of Thrones,’ was last seen in the comedy-drama ‘Fighting with My Family’ directed by Stephen Merchant. She played one of the lead roles in the movie alongside Dwayne Johnson. Lena’s ‘Gunpowder Milkshake’ announcement drops in the midst of heated discussions about the actress’ future after the final season of ‘Game of Thrones.’

‘Guardians of the Galaxy’ and ‘Jumanji: Welcome to the Jungle‘ star Karen Gillan has also signed on to play the lead role in ‘Gunpowder Milkshake.’ Gillan has emerged as a major player in the Marvel Cinematic Universe, as the character Nebula. She is an adopted daughter of the warlord Thanos and adopted sister of Gamora. Gillan has appeared as Nebula in Guardians of the Galaxy, Guardians of the Galaxy Vol. 2 and Avengers: Infinity War. She also plays the same role in the upcoming ‘Avengers: Endgame.’ Gillan reprises her character Martha in the upcoming ‘Jumanji’ reboot as the only female lead in the film. Gillan is also known for her role of Amy Pond in ‘Doctor Who’ alongside Matt Smith and Arthur Darvill. Though she was cast in the lead role of the ABC sitcom, ‘Selfie,’ the show was shortlived. Gillan will reportedly join ‘Gunpowder Milkshake’ after wrapping up ‘Jumanji’ reboot.

The plot details of ‘Gunpowder Milkshake’ are mostly under wrap. However, various unconfirmed reports hint at an assassin thriller with Gillan at the center of the plot. A woman-centric assassin thriller label has certainly helped the movie to hit headlines. Earlier, there were reports speculating Oscar-nominee Viggo Mortensen’s involvement in the movie. The actor is reportedly in talks with the makers to play the role Nathan, the chief who supplies Gillan her assassin gadgets and eventually joins hands with the Korean Mob to hunt her down. Mortensen is best known for his characters in ‘Lord of The Rings,’ ‘Eastern Promises,’ ‘A History of Violence,’ ‘The Road,’ and ‘Green Book.’

The director duo behind ‘Gunpowder Milkshake,’ Aharon Keshales and Navot Papushado are known for their 2013 Israeli black comedy ‘Big Bad Wolves.’ The revenge based movie earned them several accolades and critical acclaim. There are interesting comparisons of ‘Gunpowder Milkshake’ with Tarantino’s ‘Kill Bill’ and Edgar Wright’s ‘Baby Driver.’ The intriguing project has yet to get a release date.