This time it’s a compilation of some of the best anime girls out there who have black hair. Yup, I am returning back to normal with this compilation. We all know how kaleidoscopic anime can be with its characters. Most of the well-known characters in anime have hairs suited for the anime world only. Black is one of the most normal colors when it comes to discussing hair color. Keeping the hairstyle simple with normal black color can sometimes produce really interesting and relatable characters. So, here’s the list of top anime girls with black colored hair. 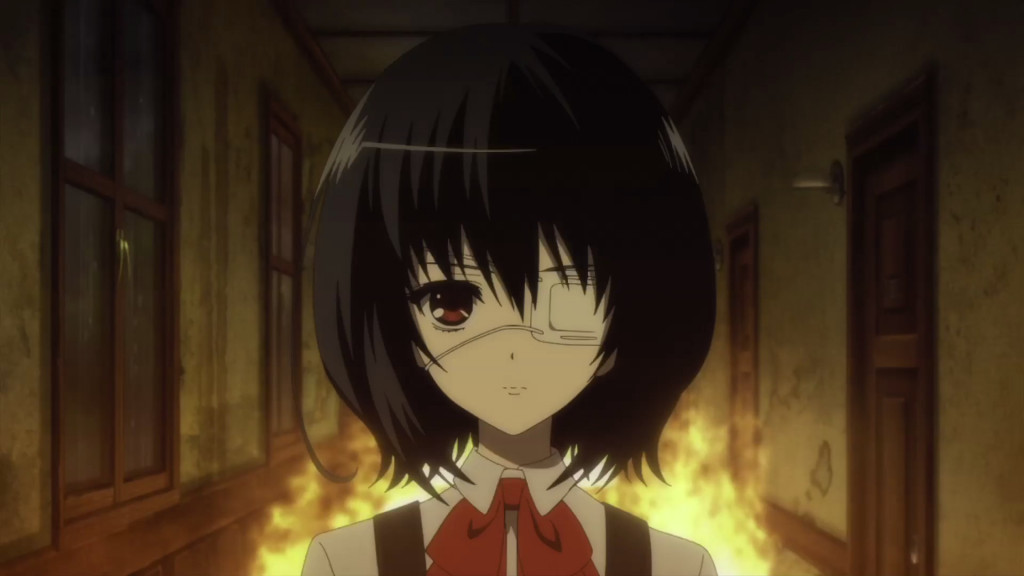 Let’s start with a character from a mystery/horror genre anime ‘Another’. The plot tells about a girl named Misaki, quite popular in her school, who was found dead under mysterious circumstances in her school. The anime follows the scenario which happens after 26 years after that incident. Mei Misaki is one of the staple characters in the series. She is a mysterious girl who wears an eyepatch on her left eye. She has short black hair. Her classmates tend to ignore her, kind of treating her as if she doesn’t exist but despite the heeding Kouichi Sakakibara, the main protagonist of the anime, starts getting close to her. 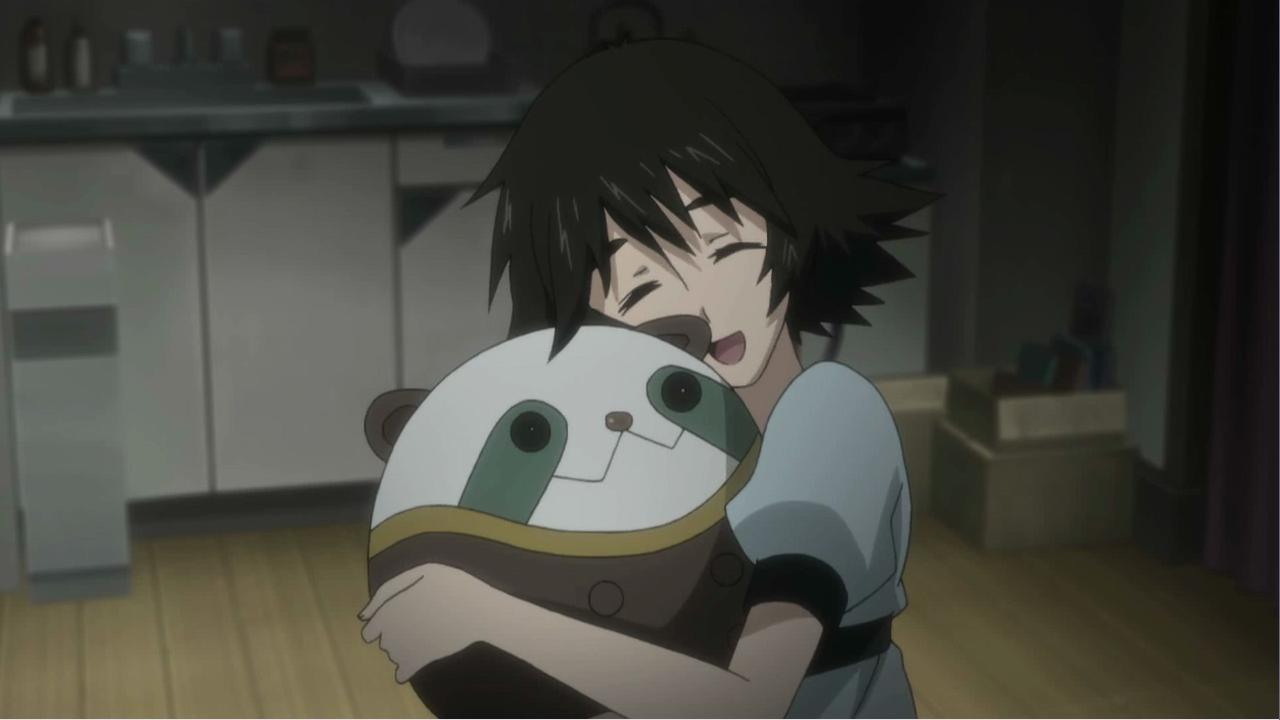 ‘Steins; Gate’ is one of the best anime ever created in the sci-fi genre. Though it took me well over two episodes to actually get really interested in the series, it was worth it. The series follows Rintarou Okabe, a self-proclaimed mad scientist, who keeps on trying to make odd inventions in his room. He is joined by his perverted hacker friend Hashida Itaru. Their most promising invention yet is a microwave-like device which turns bananas into green jelly-like substance. But is it the only function of the device? Mayuri Shiina is one of the closest friends of Rintarou and is quite important when it comes to forwarding the plot of the series. She is one of the cutest and adorable characters and wears a hat. You will just love her when she says ‘Tutuuru!’. 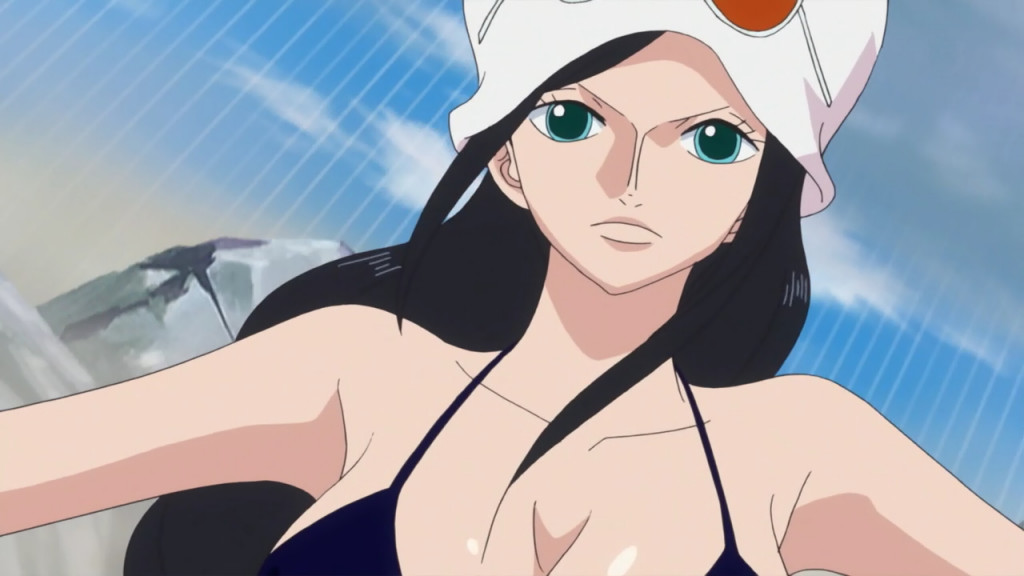 Nico Robin is one of the smartest and hottest characters in the entire ‘One Piece’ series. She is a part of the Straw Hat’s pirates and is its seventh member. She is infamous for being able to decipher Poneglyphs which can lead her to find powerful ancient weapons. This is the reason why the government fears her and she has a bounty of 79 million beri on her. She is one of the wisest members of the crew often thinking a lot before she acts. She loves history and wants to find out all she can about the history of Rio Poneglyphs. Nico is quite a knowledgeable person having enormous knowledge about seas and the world. She has the ability to keep her calm even in unexpected situations. She has long black hair. 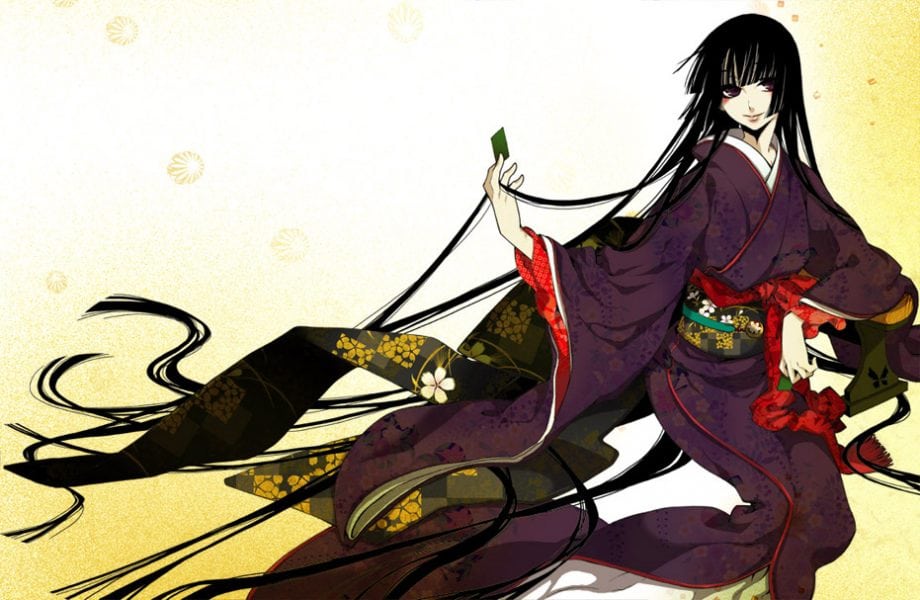 Sometimes I like to watch supernatural comedies. This liking extends to anime too. ‘xxxHOLiC’ is one such supernatural comedies which I watched a few years ago. The plot follows a boy named Kimihiro Watanuki who has the ability to see spirits and other supernatural creatures. He dislikes this ability of his (who likes to be constantly plagued by ghosts?). One day while returning home he is forced to enter a house. There he meets the beautiful lady Yuuko Ichihara the subject of our list. She is a mysterious woman who claims that she can rid Kimihiro of his special abilities but for a price-he should be willing to work at her store which grants wishes to customers. Yuuko is quite knowledgeable and powerful. She is quite famous in the spirit realm. 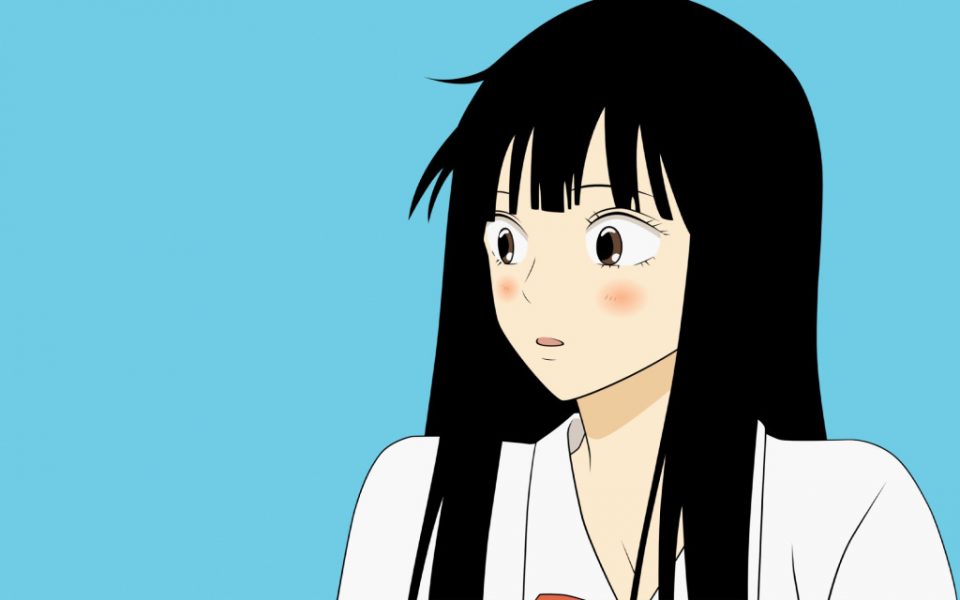 What will you do if your classmates and friends thought that you resemble someone from a horror movie and not the sexy actress who gets killed first but rather the ghastly creature? This same dilemma is faced by Kuronuma Sawako whose friends think that she resembles the girl from the horror movie ‘The Ring’. It isn’t long before she is given the nickname of Sadako by her peers. This irritates her a lot. She just wants to live a normal and peaceful life and be able to make friends. She develops a liking for Kazehaya Shouta, a popular guy who has a really charismatic personality helping him garner appreciation from people. Sawako starts hoping for a better future when Kazehaya starts conversing with her. 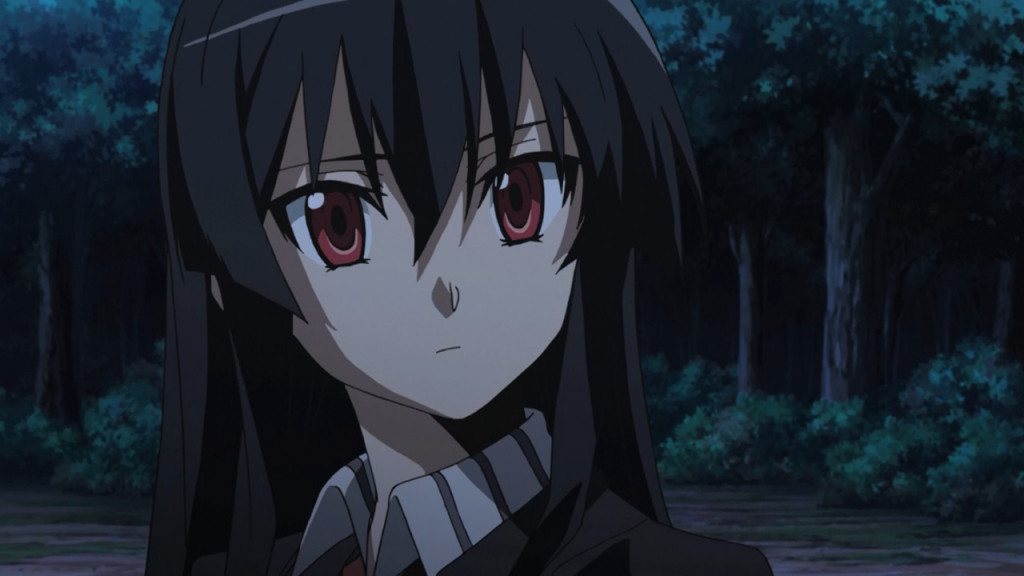 Up next we have Akame from the dark and fantasy genre anime series ‘Akame ga Kill’. She is one of the protagonists of the series and her real skill and power are not seen until the very end. She is a cold-blooded killer. Her special weapon is a sword named Murasame. She activates it by saying Homuru. The sword is what you would call a one-cut killer. After being activated it can kill you even if Akame just scratches you with the sword. The sword has a really powerful poison. Despite her stern exterior Akame is quite compassionate especially towards her comrades. She has a huge appetite. 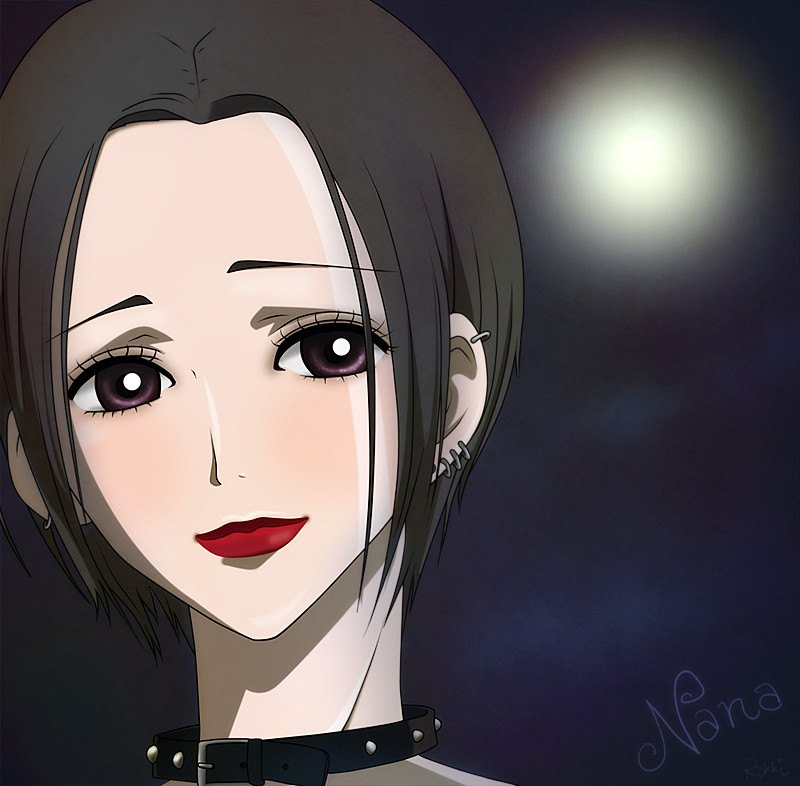 Nana Osaki is one of the main protagonists of the drama series ‘Nana’. Anime can make a really good drama. Though I am not much of a regular consumer of anime drama, I did watch ‘Nana’. It is quite good at capturing human emotions and the bond between friends. There are two Nana’s in the series Nana Osaki and Nana Komatsu. The subject of this compilation is Nana Osaki because of her short black hair. The appearance of Nana Osaki is that of a punk rocker. She has piercing and tattoos. Nana used to be a singer in a popular band but left it behind to pursue her dream of becoming a professional singer. She goes on a trip to Tokyo and ends up meeting Nana Komatsu who becomes her closest friend. Nana is quite compassionate and friendly. 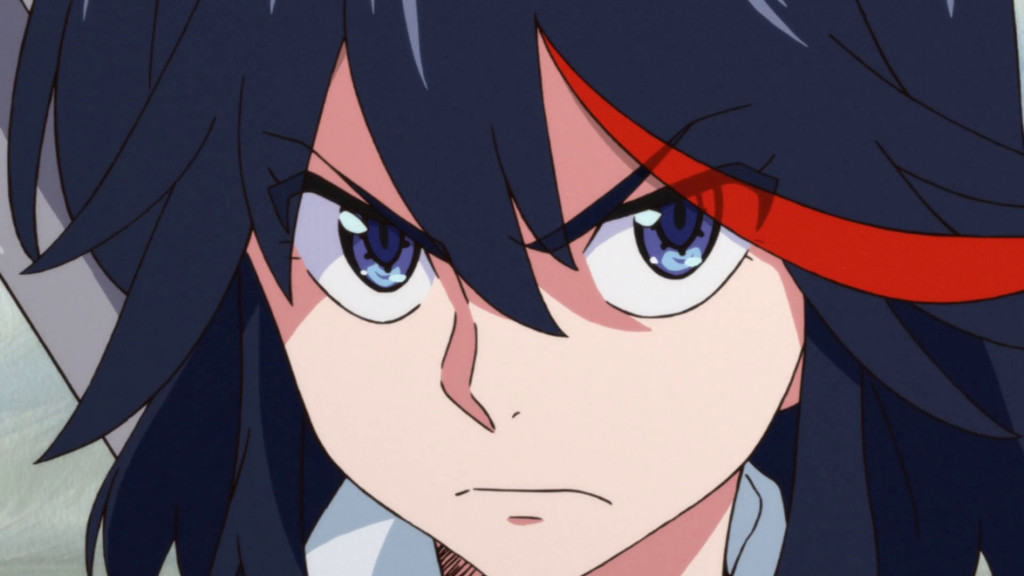 ‘Kill la Kill’ is a nice little action genre anime. The plot follows Ryuuko Matoi whose father was murdered by a killer. She possesses a single-bladed scissor, an invention of her father’s, and remembers that the killer is the one to hold the second blade. She will stop at nothing to find her father’s murderer. Her search for vengeance leads her to a prestigious school- The Honnouji Academy. The academy is ruled by the strong student council president Satsuki Kiryuuin, who provides her underlings with special uniforms which grant them powers. After being defeated by one such student she stumbles upon a God clothe which provides her with superhuman abilities. She is now equipped fairly well to get the answers she very much needs. 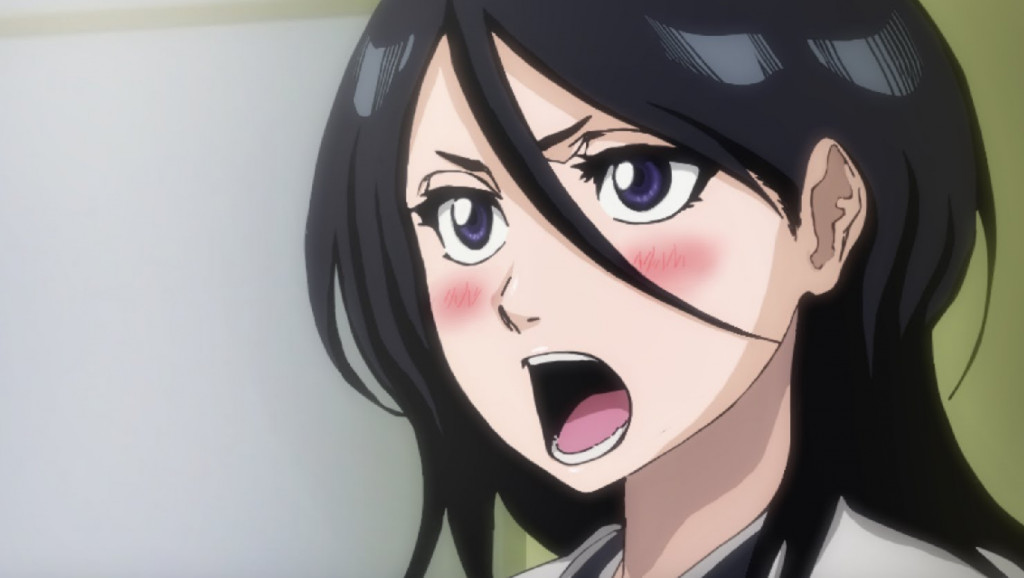 ‘Bleach’ is one of the most popular action anime and Rukia Kuchiki is one of the most important characters in the series. She is a shinigami herself and hails from a very powerful and prestigious clan, ‘The Kuchiki Clan’, of the soul society. She came to earth realm to kill hollows and was chasing one when she encountered the main protagonist of the series, Ichigo. After being injured she decides to let Ichigo have her powers if he wants to save his family and destroy the hollow. This begins Ichigo’s adventure as a soul reaper. Rukia is also quite critical in the end when she restores Ichigo’s powers. 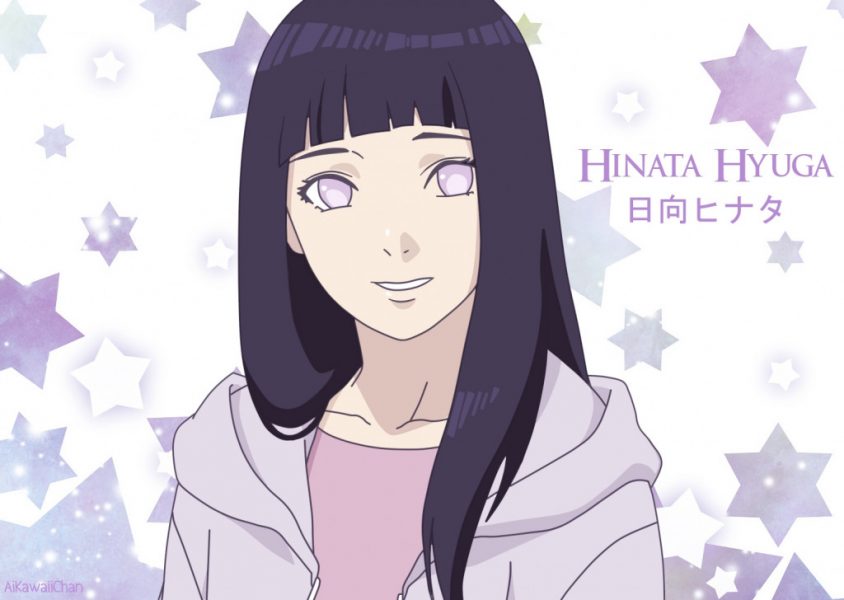 Hinata Hyuuga is one of the most important characters in the ‘Naruto’ series and those who are watching ‘Boruto’ knows her importance much more. She is a pretty and talented girl who belongs to a prestigious clan in The Leaf Village. She wants to train hard to become a powerful shinobi. Hinata has a crush on Naruto which spans over the entire series. Sadly, Naruto doesn’t know it and he has a crush on Sakura. Though Hinata had a slow start, often being shown as timid, weak and talentless, she evolves into a skilled shinobi and garners everyone’s respect. 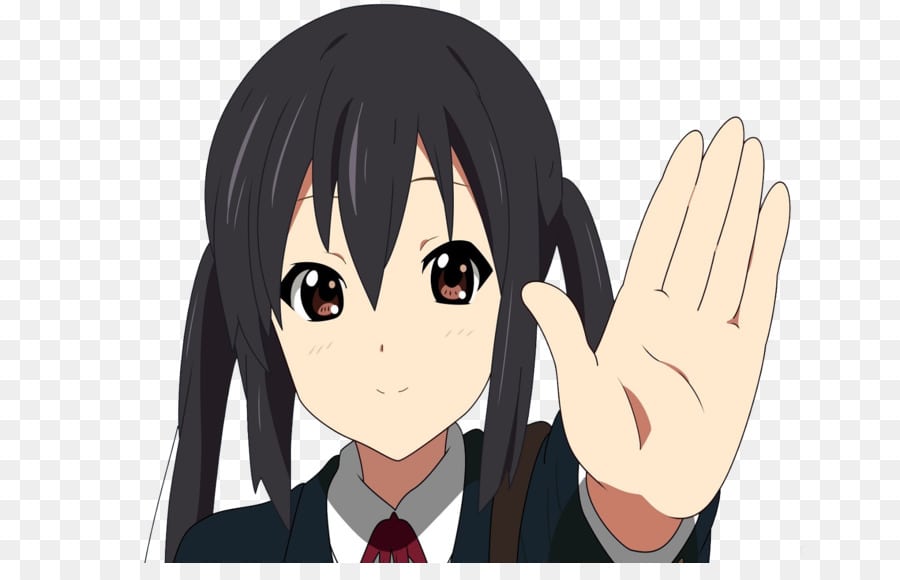 Mio Akiyama is one of the main characters in the musical drama ‘K-On!’. The series follows Hirasawa Yui, a carefree girl who is quite interested in joining the ‘Light Music Club’ after seeing its poster. Her enthusiasm is all nice but there is a problem. She can’t play any musical instruments. But the team desperately needs her to be the guitarist if they want to perform in the upcoming music festival. They begin training her on guitar. Mio Akiyama is one of the band members and is quite a shy girl. She plays a Fender jazz guitar which is left-handed. She has quite the technical know-how of a guitar often helping out Yui. 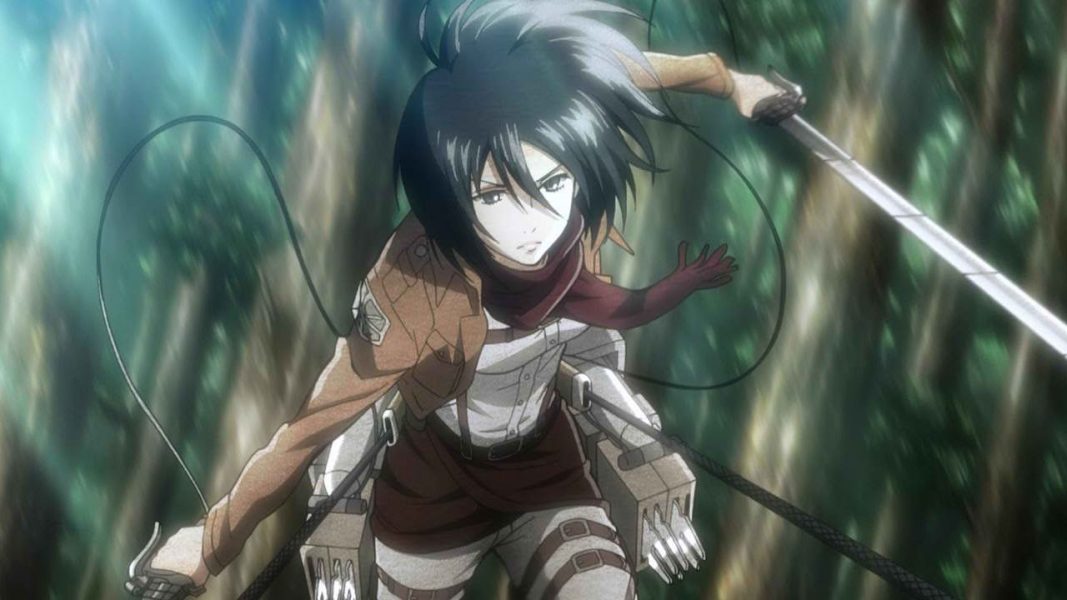 I love Mikasa Ackerman and she is my favorite character from the ‘Attack on Titan’ series. She is one of the most badass female characters in the entire anime. She is a skilled fighter and an expert at 3D maneuvers making her a valuable asset for the military. Mikasa slices titans like its nothing. She is quite protective of Eren and joined the army only because he was joining it. Though she never says it out loud she really loves Eren and wants to be with him. She has short black hair and is quite pretty too.