The concept of time travel never fails to impress anyone whether it’s a movie, TV show or an anime. Recently released mystery anime ERASED (also known as Boku dake ga Inai Machi) deals with the same stuff. Twenty-nine-year old, Saturo Fujinuma travels back in time (eighteen years back to be precise) in order to prevent a tragedy. Like most of the anime, it is adapted from a manga which also happens to have a Netflix adaptation, released in the same year as the anime. Meanwhile, here is the list of anime similar to Erased that are our recommendations. You can watch several of these anime like Boku dake ga Inai Machi on Netflix or Amazon Prime or Hulu.

15. Re: Zero-Starting Life in Another World 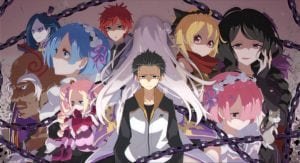 The plot reminded me of Groundhog Day (1993). After being thrown in a fantasy world, Subaru Natsuki and his new companion Satella are brutally murdered, but to Suburu’s amazement, he reawakens from the dead to the moment he first met Satella. In other words, they are living the same day again and again. It has 25 episodes in total. 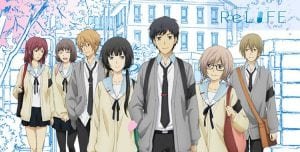 Kaizaki Arata is a twenty-seven year old who doesn’t seem to get an appropriate job after quitting his first. His life takes a sharp turn when he meets Ryou Yoake, a member of ReLIFE institute offers him a drug which transforms him into a seventeen year old. Soon, he learns that he is the subject of an experiment and he must not repeat the mistakes of the past while struggling in high school because of the new policies that materialized in the past ten years. It has 13 episodes. 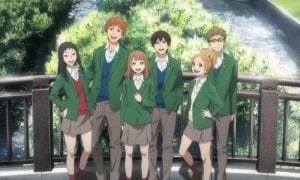 Do you ever wish you could go back and rectify your mistakes of the past? This is the basic premise of the anime. Naho Takimiya receives a letter from her 10 year ahead future self who asks her to prevent her “biggest regrets.” It has 13 episodes. 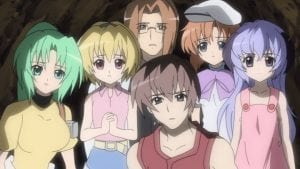 After Rika Furude’s desperate attempts to save her friends from a terrible fate repeatedly fail, she plunges into despair. Adapted from the visual novel of the same name, this anime spans over 24 episodes. It is preceded by an anime known as When They Cry which consists of 26 episodes. Both the anime are critically acclaimed. 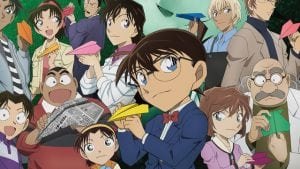 This one fills me with nostalgia. It used to air on TV when I was a kid. Shinchi Kudo is an expert in solving crimes. One day while following a duo of criminals, he gets caught and they feed him a drug due to which he finds himself shrunk to a seven year old but his sleuthing skills are still intact. He then conceals his identity under the name of Conan Edogawa and solves cases in behalf of Senior Mouri, meanwhile investigating the organization responsible for shrinking him.  I won’t comment on the number of episodes for this one, it seems it will run till eternity. 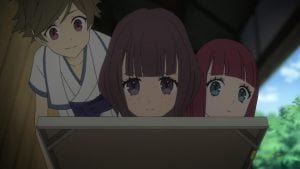 Set in future, 0.3 percent of human population is empowered with telekinesis. It is all peaceful until many people use their abilities to commit violent crimes. It is based on the Japanese novel of the same name, written by Yusuke Kishi. It has 25 episodes. 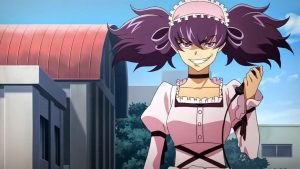 I was awestruck when I came across the plot of this anime. It revolves around a high school student who obtains a diary with entries about the future. He is then forced into battle royale in which he must kill 11 others who possess such future diaries in order to become god. It has severe nudity (a lot of breasts and buttocks!) The nudity is directly proportionate to twists and turns in this anime. It has 26 episodes and one OVA. 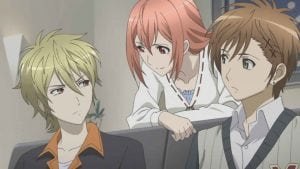 Two best friends, Fuwa Mahiro and Takigawa Yoshino embark on a journey to unveil the mystery behind the murder of Aika, who is Mahiro’s younger sister and also happens to be Yoshino’s secret girlfriend. It incorporates supernatural elements with a Shakespearean touch. Its melancholic tone draws you in. If you like tragedies (as a genre) then don’t miss it. 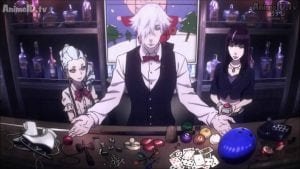 When people die, their souls are either incarnated or banished into the void. The dead people must play a series of games at the Quindecim bar (where dead people who died at the same time are sent) in order to determine the fate of their souls. These games are hosted by Decim, the mysterious bartender. It consists of 12 episodes, making it the shortest anime in the list. 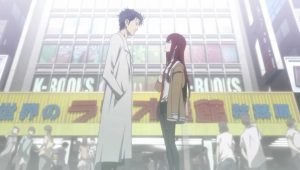 This is an anime in which the line between past and the present blurs, in other words it involves time travel. Based on a video game of the same name, it follows a self-proclaimed scientist Rintarou Okabe who is in search of a scientific breakthrough and accidentally stumbles upon the mysterious concept of time travel. The series has received highly positive reviews. This one exceeds all expectation of a sci-fi (or thriller) anime and will keep you hooked from the first episode. A sequel Steins;Gate 0 began airing in April 2018 which was also received positively by the audience. 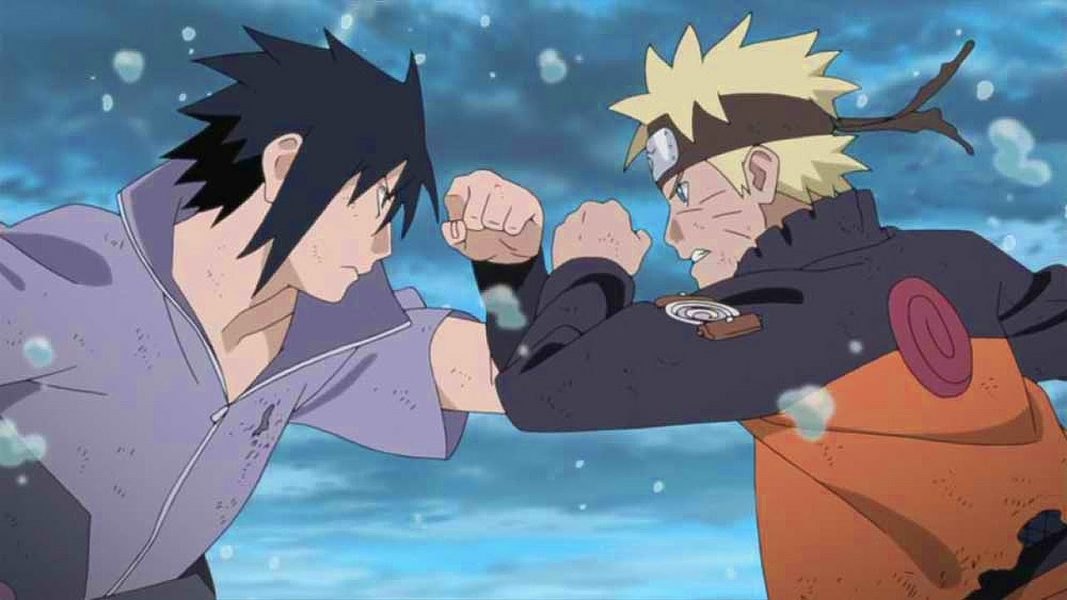 I enjoyed watching ‘Naruto Shippuden’. The series is a continuation of its predecessor ‘Naruto’ which is one of the most popular anime. The plot over here is simple. By the end of the Naruto series, we see that Naruto has been training really hard with Jiraya and gives it his all to become powerful and special. The events in this series take place after two years since the first series. Naruto has trained to his fullest and has come home to his village Kono na. He has grown taller and his character seems to have become more determined and decent. But wait. It seems that he has developed a much better sexy jutsu and needs to teach it to his juniors. Yup, he may have gotten stronger but Naruto hasn’t changed at all. This series filled with awesome and powerful villains who will test Naruto to his full potential. Which means more fun for us, right?

‘Ao no Exorcist’ deals with demons, satans and of course Exorcists. It follows the same pattern as ‘ERASED’ though the plot is entirely different. It deals with a boy who is at first feared for his power but later through his personality makes people believe in him. The anime is set in a world where Humans and Demons exist in sort of parallel worlds. Demons can only come to the world of humans through possession. Satan the king of demons want to conquer the human world but to do so he needs to have a perfect vessel which he can possess and enter the human world. Turns out, Rin Okumura is the son of Satan. He doesn’t know the fact in the beginning and carries on with his ordinary life. But one day he is attacked by a demon and everything turns upside down. Rin learns the truth about himself but doesn’t want to join Satan. He thus decides to train to become an exorcist so that he can defend his world and defeat Satan. 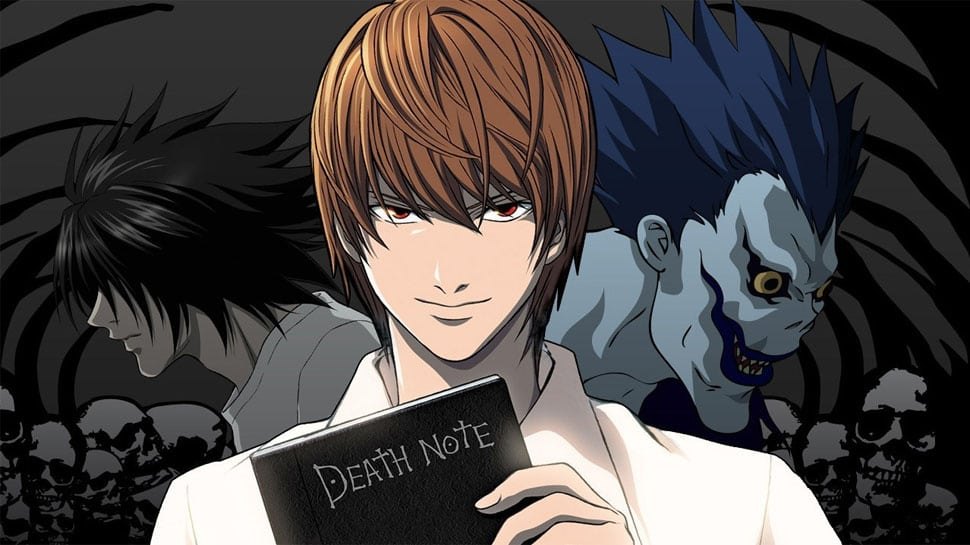 Another example that proves the brilliance of anime, ‘Death Note’ tries to provide a situation which answers the question- What happens if a human gets Godlike powers? Follow the life of Light Yagami who finds a death note, a diary used by Shinigamis to kill people by writing their name on it. Light starts slowly by killing off few criminals but is later consumed by this power as he starts killing anyone who dares to stand in his path. His troubles increase when genius detective by the name of L starts investigating the case and starts having his doubts on Light. The series always keeps you on the edge and the background music and visuals just create a complete experience. 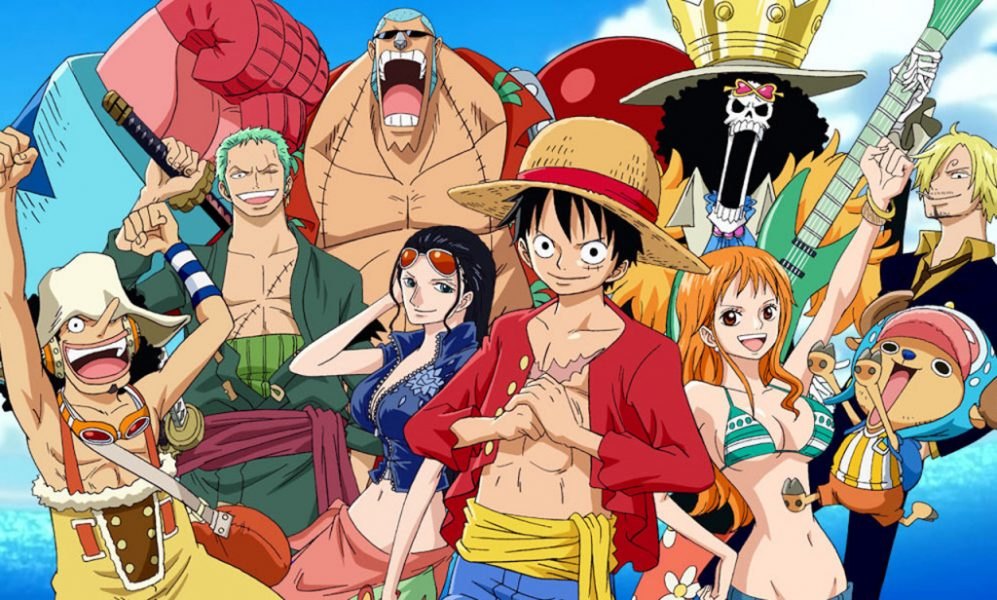 Up next is the pirate-themed adventure genre anime named ‘One Piece’. Man! this anime is really long. It is still going on and is filled with two decades worth of content. I am still in the middle (hope to reach the end soon). The protagonist of the anime is Monkey D. Luffy. He is the leader of straw hats pirates and aims to become the pirate king by taking over the hidden treasure, named as One Piece, left by Gol D. Roger who was the previous pirate king. Gol D. Roger was an infamous pirate but was captured by the government. Before his death, he revealed the secret of this treasure. In this series, there are special fruits known as devil fruits which grant its consumers special abilities. Monkey D. Luffy has eaten one of the devil fruits and has achieved strange powers too. He can extend his arms and legs to a long distance. This ability of his comes quite handy during battles. Join the Straw Hats Crew as the sail the sea and go on interesting adventures. 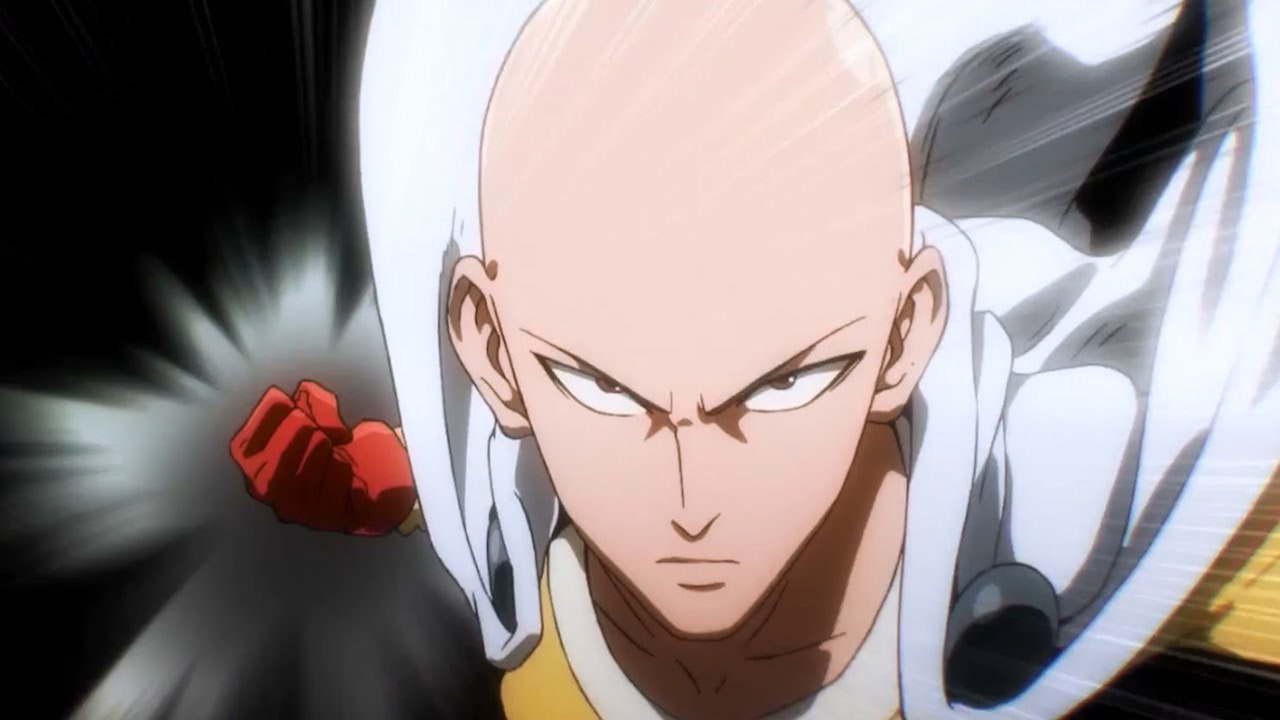 Man! ‘One Punch Man’ was one of the best anime I have recently seen in the superhero genre. It is fun, comical and filled with over the top action sequences and the best part being it does all that while making fun of itself. I love parodies and ‘One Punch Man’ is a great parody. The protagonist of this anime is Saitama who with a seemingly normal training routine, which he continued for a year, gained superhuman abilities. Now, Saitama is so powerful that he can defeat any rival with just one punch. Hell, even one punch is way too much. If you have seen the anime you know what I mean. His punch completely decimates his opponent disintegrating them into oblivion. This annoys him a lot since he cannot fight to his fullest potential. Saitama wanted to become a superhero for a long time. He meets Genos who wants to become his disciple. Together they give the superhero exam. But the results are quite unexpected as Saitama is graded as a C class hero and Genos is meant to be an S class hero.