‘Plunderer’ has an incredible hook. Set in a dystopian world, the show revolves around a brilliant yet simple premise, what if our lives were tied to a number that corresponds to a particular fact about ourselves. It can be a variety of things; from the number of people that we have wooed to those we have killed. But the moment that number hits zero, we cease to exist, or as it is the case in the anime, get pulled down into the abyss. Here is the list of best seven anime like ‘Plunderer’. 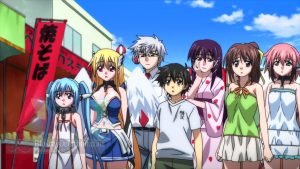 ‘Heaven’s Lost Property’ is the other prominent work by ‘Plunderer’ writer and illustrator Suu Minazuki. The original manga was turned into an anime that lasted for two seasons. It also inspired two feature films and two video games. There are some similarities between the two works. Like ‘Plunderer’, ‘Heaven’s Lost Property’ is aimed at the shōnen demographic and heavy on the Ecchi elements. It tells the story of a teenage boy who becomes the master of a beautiful “Angeloid” (winged humanoid being) named Ikaros and how his life turns upside down from that point onwards. 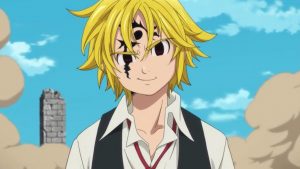 Like Licht Bach, the protagonist of ‘Plunderer’, Meliodas of the ‘The Seven Deadly Sins’ is a pervert. Their relationships with the respective female leads, Hina and Elizabeth Liones, serve as important plot points in the stories. But it is the quirky and amazing supporting characters of both shows, from sergeant major Lynn May to Diane the giantess, that help flesh out what otherwise would have been yet another mundane anime about overpowered male heroes and the women who yearn for them.

In the history of anime, very few heroes can switch between being ridiculous and awesome as easily as ‘Trigun’s Vash the Stampede. In the desolate desert world the anime is set, everyone has heard of Vash, who is also known ‘The Humanoid Typhoon’ because of the destruction he leaves in his wake. In reality, he is a pacifist, despite being a talented gunfighter, and most of the evil deeds attributed to him are committed by the bounty hunters searching for him, trying to cash in on the sixty-billion-dollar bounty on his head. It’s a pity that the show lasted only one season because Licht is Vash in his greatest aspiration. 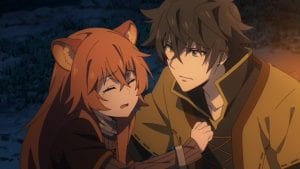 Picking this one for the list was tricky. On one hand, ‘The Rising of the Shield Hero’s Naofumi Iwatani has not much in common with Licht. However, the relationship he has with his heroine Raphtalia is quite like the one between Licht and Hina 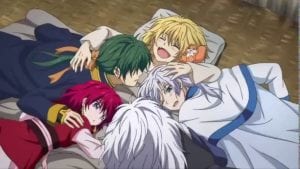 At the core of ‘Yona of the Dawn’ is the mesmerizing and gradually developing romance between the titular character, the Princess Yona of Kouka, and her protector Son Hak. After witnessing the murder of her father in the hands of a man she thinks she loves, she sets out to search for the legendary dragon warriors. Yona and Hina have similar character arcs at the start of their stories, both dealing with the insurmountable grief of losing a parent and both looking for near-mythical beings to solve their problems. 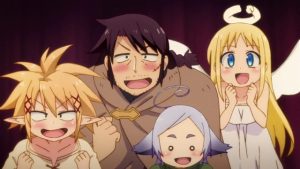 If you are looking for something with even more ecchi elements, we got you covered there as well. ‘Interspecies Reviewers’ depicts a world that is inhabited by various humanoid species and where prostitution is legally allowed. The succu-girls (part succubus and part other species) from the brothels there would make even Licht blush. 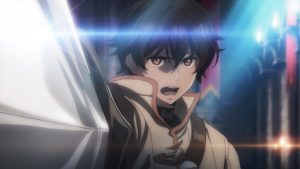 Adapted from the tower defense role-playing video game of the same name, ‘Chain Chronicle’ is a trilogy of films that were originally released between 2016 and 2017 before they were broadcast together as a TV show. It’s about a continent that was once a utopia but has since been ravaged by the forces of the enigmatic Black King. Soon, a Licht-like hero rises to confront this evil and bring an end to its tyranny.