7 Anime You Must Watch if You Love Pokemon

‘Pokemon’ is probably one of the biggest things to have come out from the anime world. It became a worldwide phenomenon. The series follows a bunch of young adults who strive to become the best ‘Pokemon’ trainers. Pokemon are creatures that have special powers. They are similar to domestic animals in our real world. If you are looking for shows that are tonally and stylistically similar to this iconic anime, then we’ve got you covered. Here’s the list of best anime similar to ‘Pokemon’ that are our recommendations. You can watch several of these anime like ‘Pokemon’ on Netflix, Crunchyroll or Hulu. 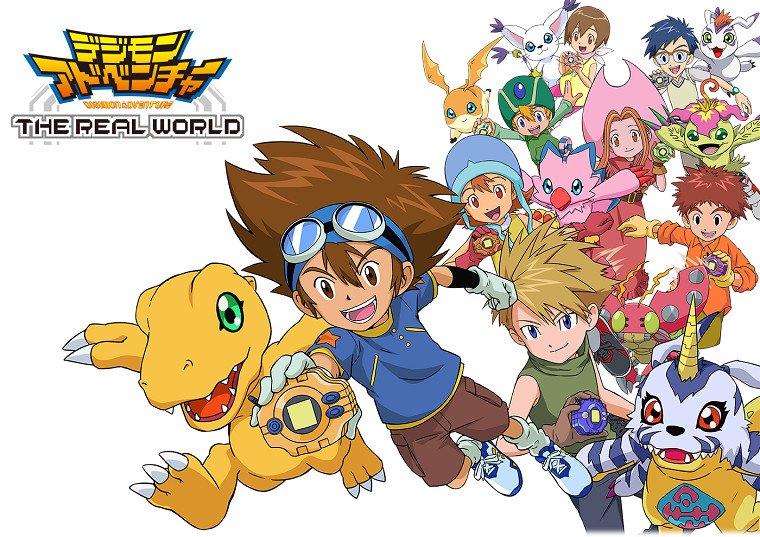 ‘Digimon Adventure’ is a famous anime from my childhood. I remember watching the series a lot. It was fun and entertaining. The series is kind of like ‘Pokemon’ as it has monsters with whom the main characters must interact. Taichi Yagami and his friends were enjoying their time in Summer Camp when it suddenly starts snowing. The kids then receive strange objects which transport them to a different world — the world of Digital Monsters. Each of the characters get paired with one Digital monster. They must train together and evolve into better fighters if they are to save this world. Yes, the Digital World is in peril as an evil force is corrupting the monsters. The kids who have been transported to this world are the DigiDestined and are supposed to save this world. Taichi and his friends set out on an adventure to this world far from their home and fight alongside mysterious monsters to save the world. The series has a total of 54 episodes with each episode being 24 minutes in length. 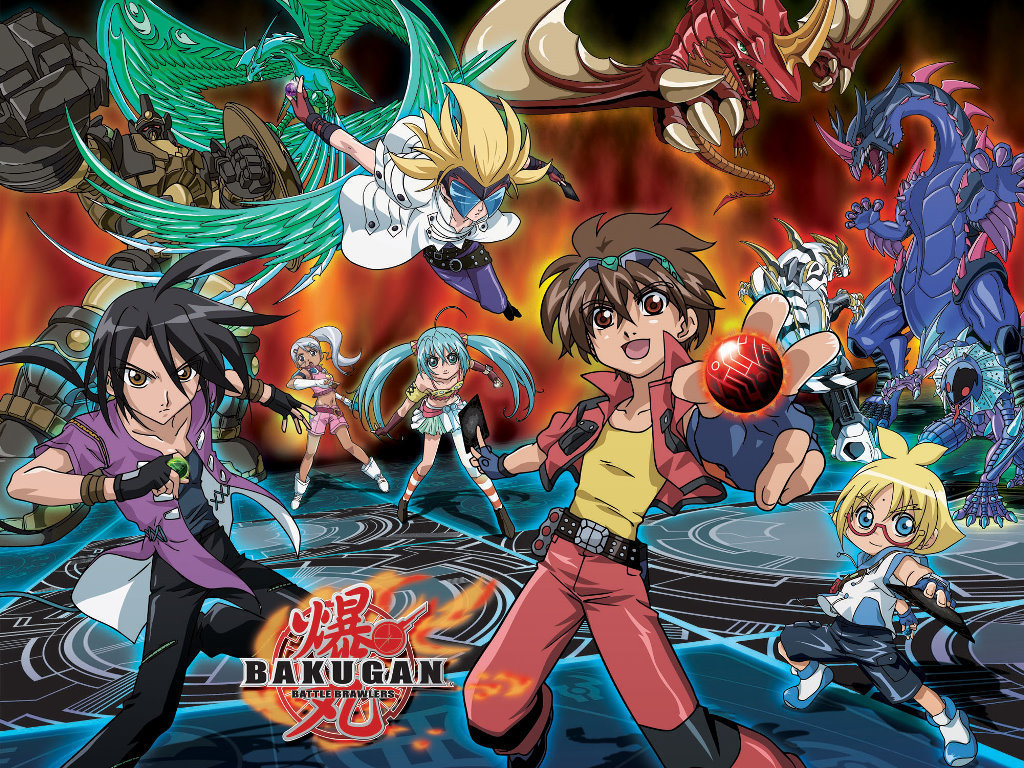 ‘Bakugan Battle Brawlers’ is another popular action, adventure, fantasy anime for kids. The series has good enough animations and an entertaining plot. Even though the show tends to get serious at times it is still quite lighthearted considering the shows niche being kids. It is quite similar to ‘Pokemon’. There are young characters who fight in duels using monsters who are contained in a spherical object.

Danma Kusou, one of the main characters of the anime, along with his friends finds random cards falling from the sky. He creates a new game called Bakugan which he plays with his friends using the cards. But the game has far more depth than they can imagine. The origin of Bakugan is in a world, Vestroia, in another dimension. Danma and his friends get sucked into this world. Vestroia is unstable due to the evil Bakugan Naga merging with one of the cores. Now, it is up to Danma and his friends to save the world of Vestroia before it becomes unstable and wreaks havoc in other worlds including Earth. 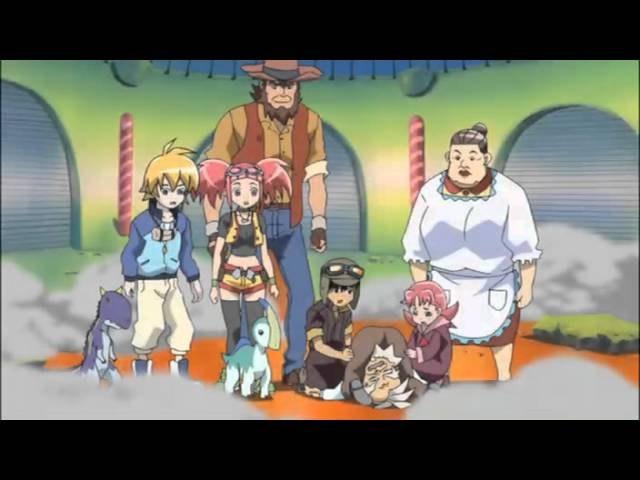 ‘Kodai Ouja Kyouryuu King’ is an adventure, fantasy anime geared mainly towards kids. It is kind of entertaining and has decent animation. The main characters of the anime are all children which makes it quite similar to ‘Pokemon’. Also, in this anime, we have dinosaurs in place of Pokemon. These animals have the ability to evolve and their masters are the kids. The entire anime kind of feels like ‘Pokemon’ but doesn’t really reach that level. But it is still something worth watching.

Max and Rex, two of the main characters of the anime, are best friends. They join Dr Taylor, a palaeontologist, and Max’s father on a mission to Africa. There, Max stumbles upon magcial stone slabs that have images of dinosaurs. The dinosaurs start calling him and his friends out for help. Turns out there is an evil scientist by the name of Dr Z who has gone back in time. He wishes to capture the dinosaurs and use their power to rule the world. Now, it is up to Max, Rex, and their friend Zoe to try and stop Dr Z before he succeeds in his evil mission. There are a total of 49 episodes in this anime, with each episode being 25 minutes in length. 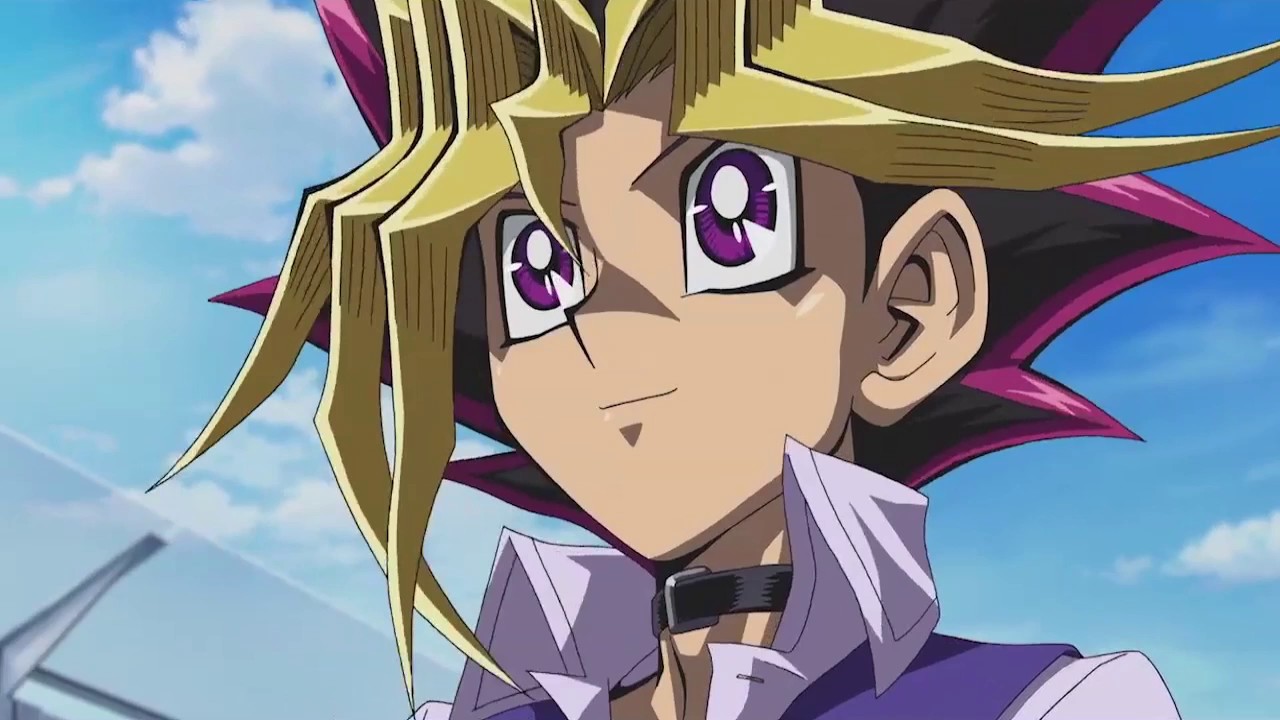 Yuugi Mutou, the protagonist of the anime, is able to solve the Enigmatic Millennium Puzzle, which grants him another Yuugi. This Yuugi is his alter ego, which comes to his aid during critical situations. Yuugi wishes to find the secret to this but to do so, he and his friends have to face many obstacles – they mainly need to defeat opponents in a dangerous and difficult card game ‘Duel Monsters’. The series contains a total of 224 episodes. So, if you want to stick to something as long as ‘Pokemon’, then go for it. 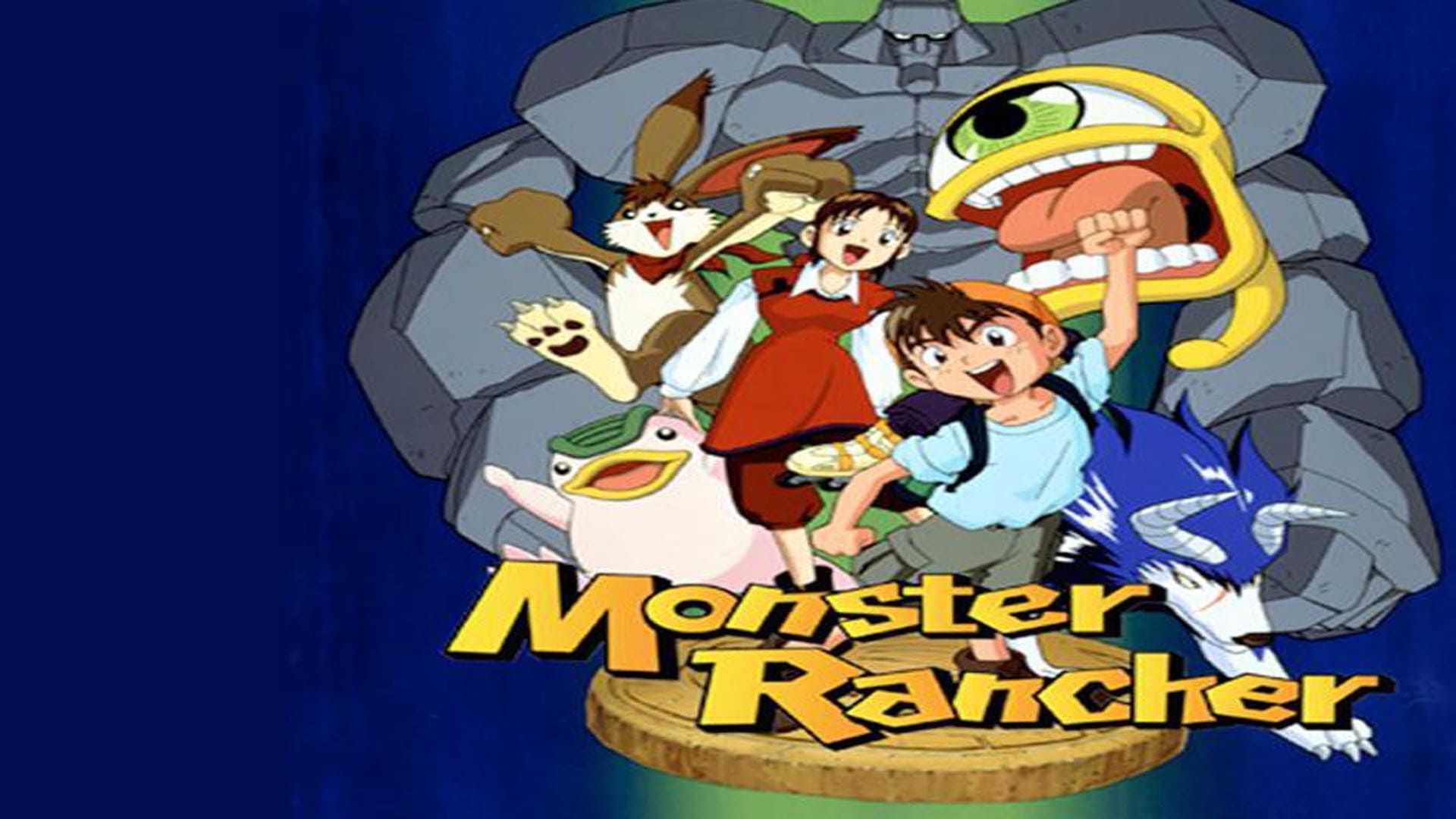 ‘Monster Farm: Enbanseki no Himitsu’ is an action, adventure anime with themes of fantasy. The series has a lighthearted tone, although it may seem serious in certain parts. The anime came out two decades ago and features magical monsters and takes place in a game-like setting. The animation of the series is decent, but not too great. The series gives a similar feel to ‘Pokemon’. It also showcases young male and female characters going on an adventure. This show also features magical monsters like ‘Pokemon’; the only difference being that in this anime, there are no tournaments.

Genki, the male protagonist of the anime, is known for being a game-lover. He plays games all the time. One of his favorite games is Monster Rancher. One day, while playing the game, he is sucked into the game and gets transported to its world. This world contains magical monsters. Here, Genki meets a girl called Holly. But the world is in trouble due to the Monster Overlord, the evil Moo. So now Genki, Holly, and the monsters must stand up against Moo if they want to save this magical world. 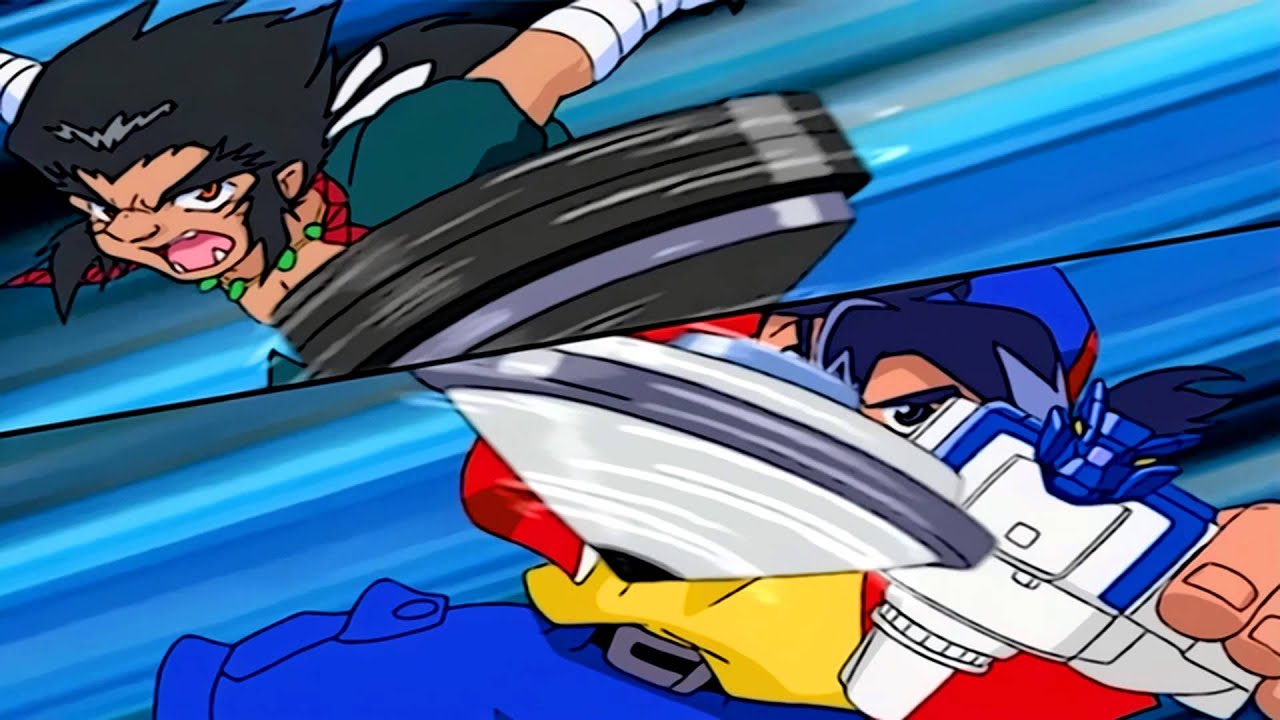 ‘Bakuten Shoot Beyblade’ is again one of the most popular anime that many have watched while growing up. The series has a lot in common with ‘Pokemon’. Both shows feature young adults as main characters. The plot involves participating in tournaments after which we get to know the bad guy. The animation is good enough and the series has lots of exciting moments.

Beyblading is a popular sport and professional competitors are revered all around the world. But it is not an easy sport. The beyblades can be upgraded and mods can be added to make them better. Also, some Beybladers have powerful magical beasts captured within their Beyblades, allowing them to utilize the magical power. Tyson Granger, one of the protagonists of the anime, wants to become the best Beyblader in the world. Joining him in his team are Kai Hiwatari, Max Tate, and Ray Kon. They all have their own magical beasts present in their Beyblades. Together, they participate in tournaments, hoping to win them in order to be crowned as the best in the world. 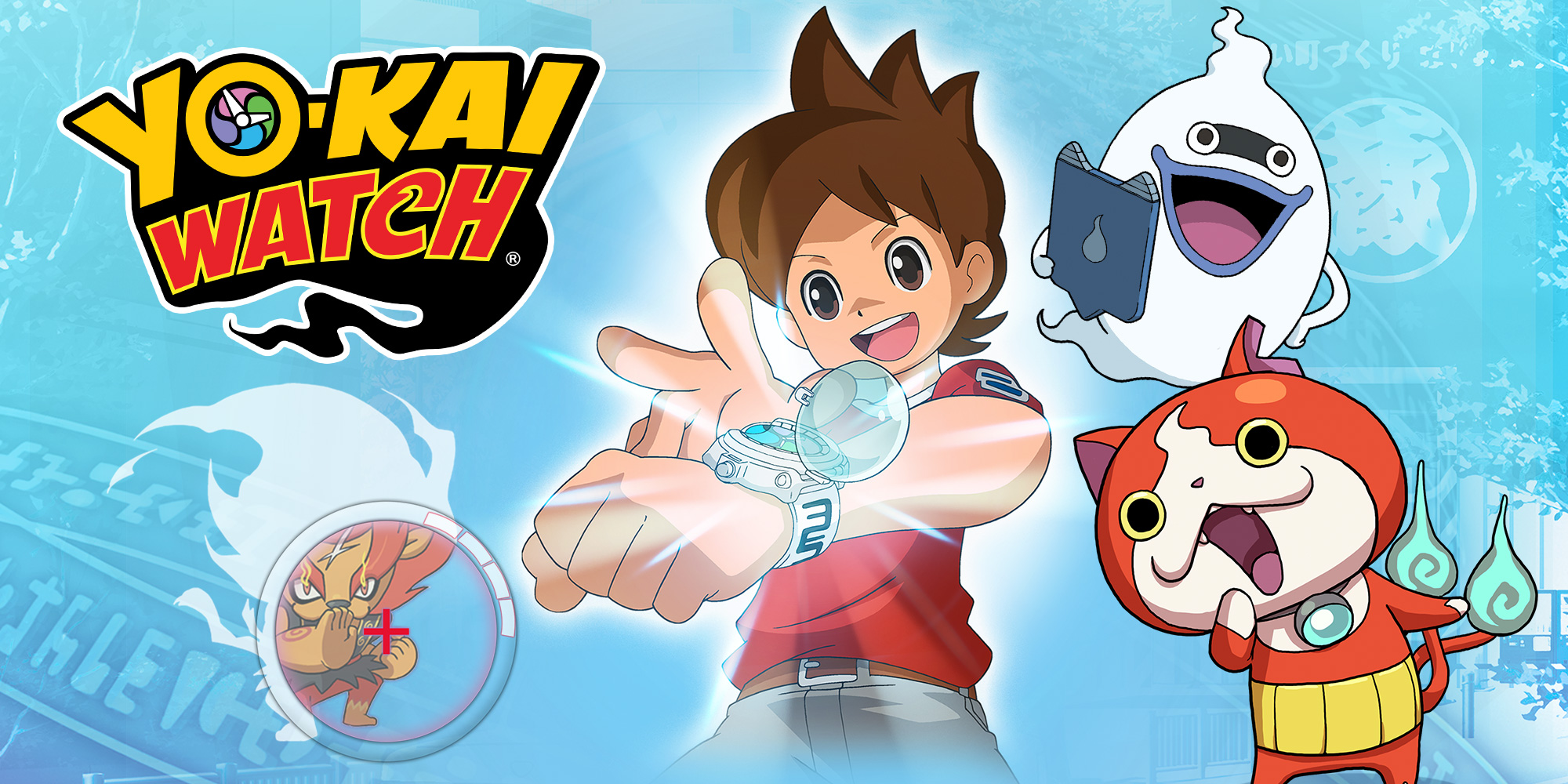 ‘Youkai Watch’ is a fun little anime which deals with the concepts of fantasy and supernatural creatures. The show is extremely entertaining, with a total of 214 episodes. So, if you are planning on sticking with something long, then you should give ‘Youkai Watch’ a try. The anime has some similarities with ‘Pokemon’. Both the shows are about young characters going on an adventure. They contain fictional creatures who have special powers. Also, there are tonnes of fights between these mysterious creatures.

Keita Amano is a primary school student, so obviously, his curiosity is still quite high. One day, he ventures deep into the forest and finds a capsule there. Residing within the capsule was a ghost-like creature, Whisper, whom Keita sets free. He is happy that someone has helped him after 190 years. So, he rewards Keita by becoming his guardian and protecting him from various supernatural forces. Whisper is a youkai and there are many other magical creatures like him. He grants Keita with a Youkai Watch, which enables him to see and interact with other youkai. The anime follows Keita, Whisper, and a cat spirit who encounter various Youkai and solve their problems.