12 Best Anime Princesses of All Time

It’s time to look back on some of the anime princesses that we have seen over the years in anime. Since many anime have fantasy themes or plots which are set in certain kingdoms, it is normal to have princesses in the storyline. Sometimes, they might also appear as the lead character. Anime princesses are as you would imagine them to be: beautiful, snobby and powerful. If you are into such type of characters, this list is for you. Here are the top anime princesses ever. These girls have been selected from several anime movies and shows. 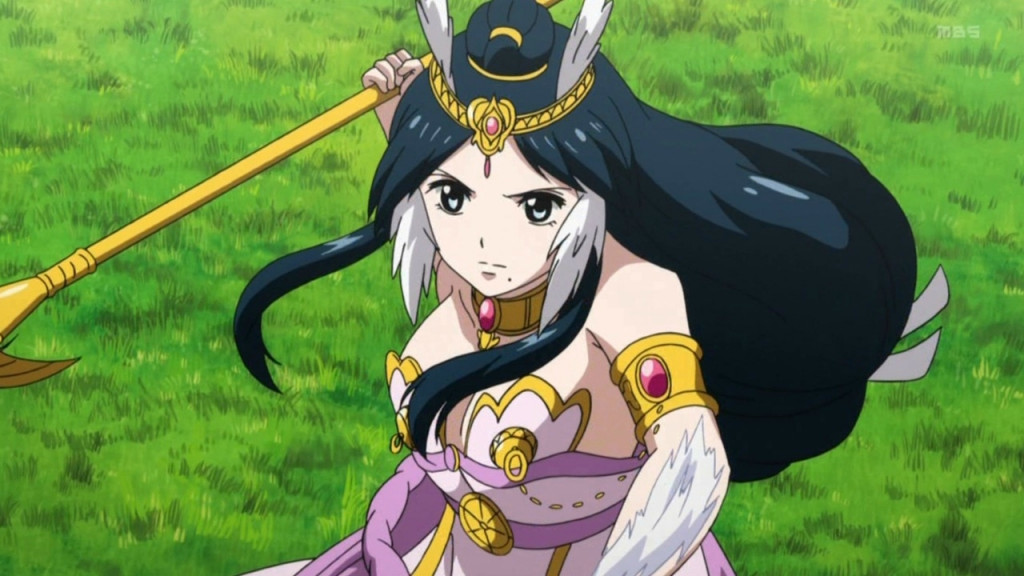 ‘Magi: The Labyrinth of Magic’ is a magic genre adventure anime series. If you enjoy an adventure in your anime then you will love this one. I mean the best thing about adventure anime is new locations are shown regularly. The stories are inspired by tales of Aladdin and Alibaba with many characters sharing their name with the original characters. Hakuei Ren is a princess of the Kou empire. Her father was the first emperor of Kou. She is the general of the western army though she doesn’t like violence or conflict. Hakuei wants to solve everything peacefully which has led many of her soldiers to believe that she isn’t capable enough. She likes sewing a lot. 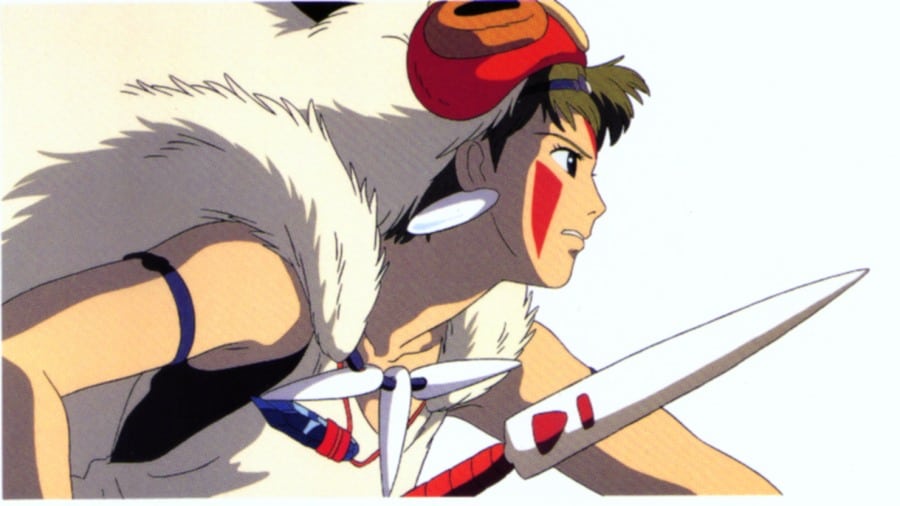 I like anime movies. They are quite enjoyable and the best thing is that you don’t have to be invested in them for longer periods. So, if you just want a quick anime break go for a movie. This anime is really nice to watch. IT shows a conflict of interest between humans who want to advance their technology with little to no regards for nature while others who want to protect it. San is generally known as Princess Mononoke. Her raising was kind of like Mowgli. After being abandoned by her parents the wolf goddess Moro raised San as her own daughter. San is now the princes of the Beasts and Spirits and fights against those who try to harm the forest. 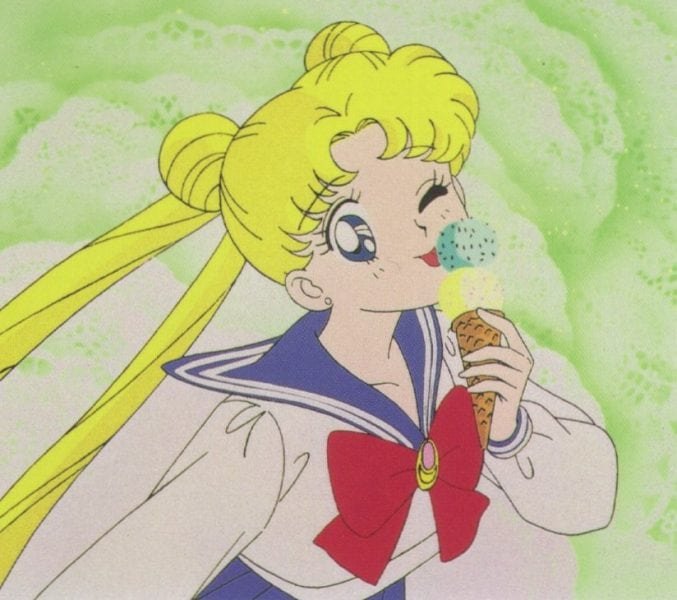 Usagi Tsukino is one of the cutest characters from the fantasy anime series ‘Bishoujo Senshi Sailor Moon’ and why wouldn’t she be? Her name literally means rabbit or rather rabbit of the moon. Usagi is the female protagonist of the series and has the capability to turn into the titular character Sailor Moon. She is bubbly and cheerful though at first was shown to be an immature girl who was quick to cry. Over the series we see her personality develop as she learns to accept her responsibilities. Usagi doesn’t like the killing of innocent people even if they have become monsters. 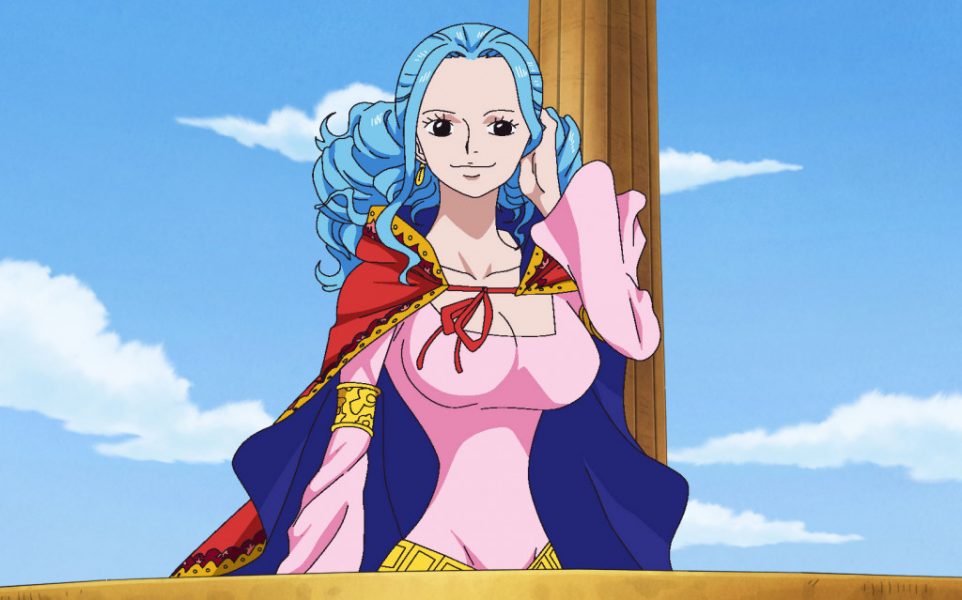 Vivi Nefertari is the princess of Alabasta. She is one of the antagonists of the series or rather she appears to be one and causes hindrance to the main characters. She is shown to be affiliated to Baroque Works which is a criminal organization and has been the orchestrator of many scandalous events in the land of Alabasta. Vivi is also known as Miss Wednesday. Later the main characters get to know that Vivi is actually a princess of the country and has been infiltrating Baroque Works to get to their leader. She works alongside the Straw Hats pirates to help her country. 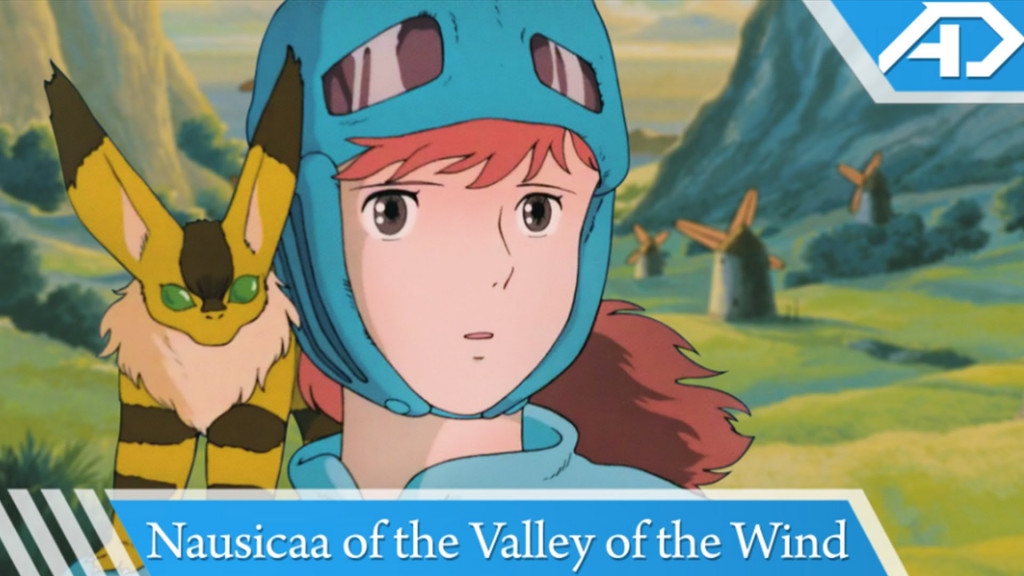 Up next is a character from another anime movie. This movie is also a classic anime work having been released in 1984. The movie is filled with adventure, battle with an underlying theme of fantasy in the background. I loved this movie and recommend it to everyone. Nausicaä is the main and titular character of the movie. She is known as the princess of the valley of wind. She is quite talented and intelligent. Nausicaä is also skilled in sword fighting. She doesn’t like war and violence so when she joins Kushana’s army the fighting depresses her and she desperately tries to find a way to stop this. She is a great character. 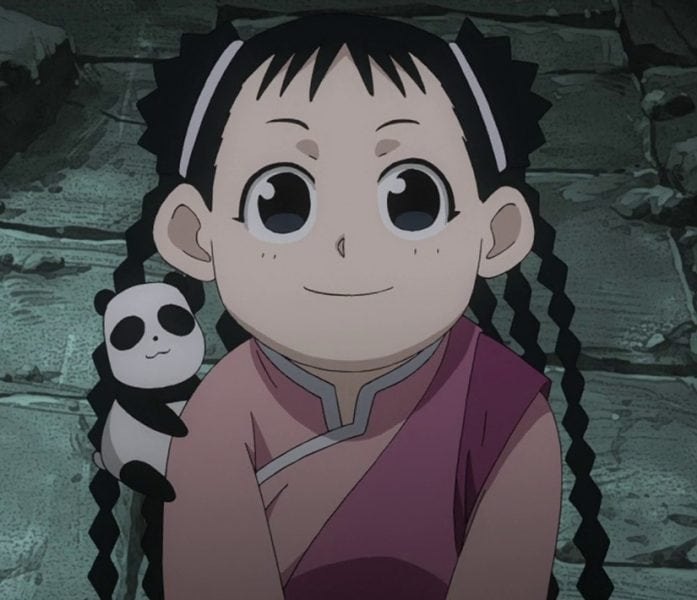 May Chang is a princess from one of the most popular anime series of the 21st century, ‘Fullmetal Alchemist: Brotherhood’. The series is absolutely amazing with a great plot and character work. At first, I thought that the series is overly-hyped but nope it is as good as anyone says. Coming to Princess May Chang, she is the princess of Xing, the lowest of the ranked houses. This motivates her to go on an adventure to search for the philosopher’s stone so that she can become the Empress and secure the future of her family. She is adept at alchemy and can use it offensively via her knives. 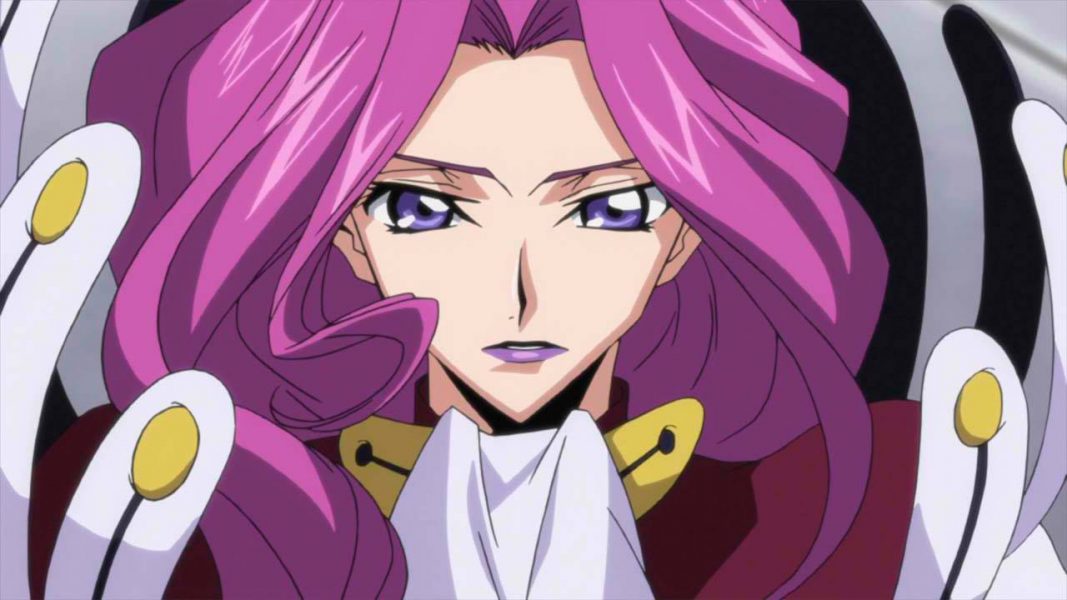 If you like fantasy anime with some hardcore action then this is the stuff. ‘Code Geass: Hangyaku no Lelouch’ deals with the life of Lelouch Lamperouge who has been exiled from the kingdom of Britannia even after being the prince. Cornelia li Britannia is the princess of the Britannia family. She is also the half-sister of Lelouch Lamperouge. She is a highly capable and skilled woman and is trained in Knightmare Frame combat. Princess Cornelia, as she is commonly known as, was the one to establish Area 18. Cornelia is also the general of the Imperial Army. She loves her younger sister Euphemia a lot. 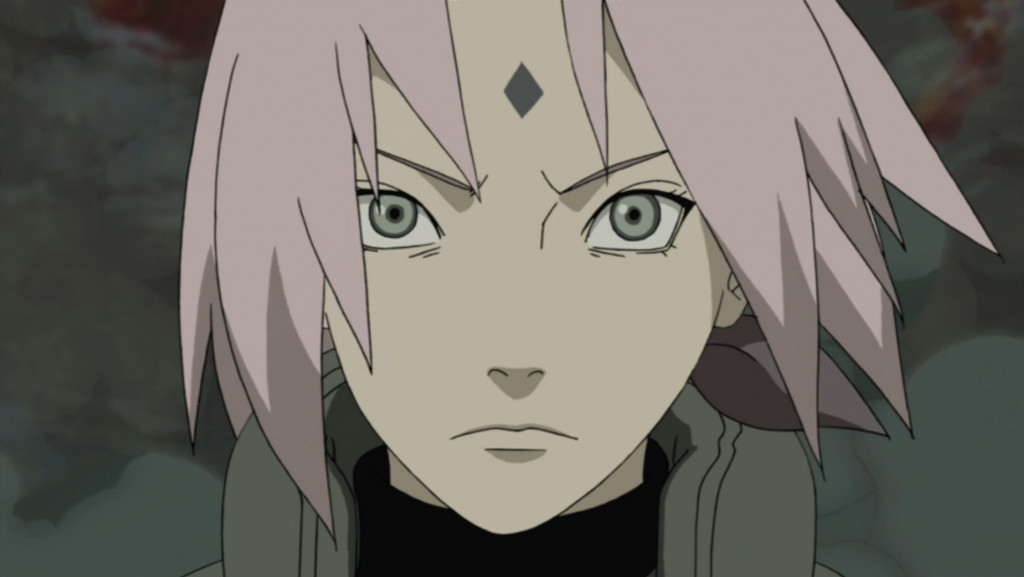 Sakura is a princess from the anime series ‘Tsubasa: RESERVoir CHRoNiCLE’. She is the princess of Clow. She is aged 14 and has been attracted to her childhood friend Syaoran. Sakura has a tragic start. When she finally decides to confess her true feelings to Syaoran some unknown powerful force activates the dormant magical abilities that lay within her giving her feathered wings. A pair of feathered wings sounds good, right? But wait! Soon her feathers start to disappear in other dimensions and slowly Sakura is vanishing from the memory. To save her one must need to get all her feathers back from the different dimensions. Syaoran decides to save his childhood friend and travels to the other world. 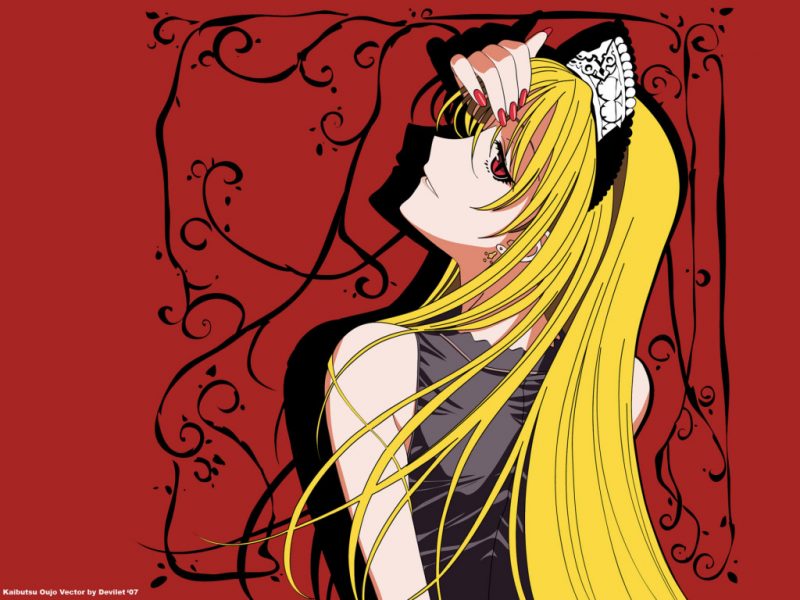 Liliane is the beautiful princess and the main character from the anime series ‘Kaibutsu Oujo’. One might not be able to guess that she is the daughter of a man who is the king of all monsters. I mean, just look at her what part about her makes you think that she is a monster. Well, she is the daughter of the king of monsters like it or not. She doesn’t have any interest in the throne even though her siblings are constantly fighting over it. Though her physical appearance may be that of a pretty girl her personality is not. She doesn’t hate violence and will not even flinch before killing anyone who crosses her path. She will use any weapon she has at her disposal going as far as to using a defibrillator. 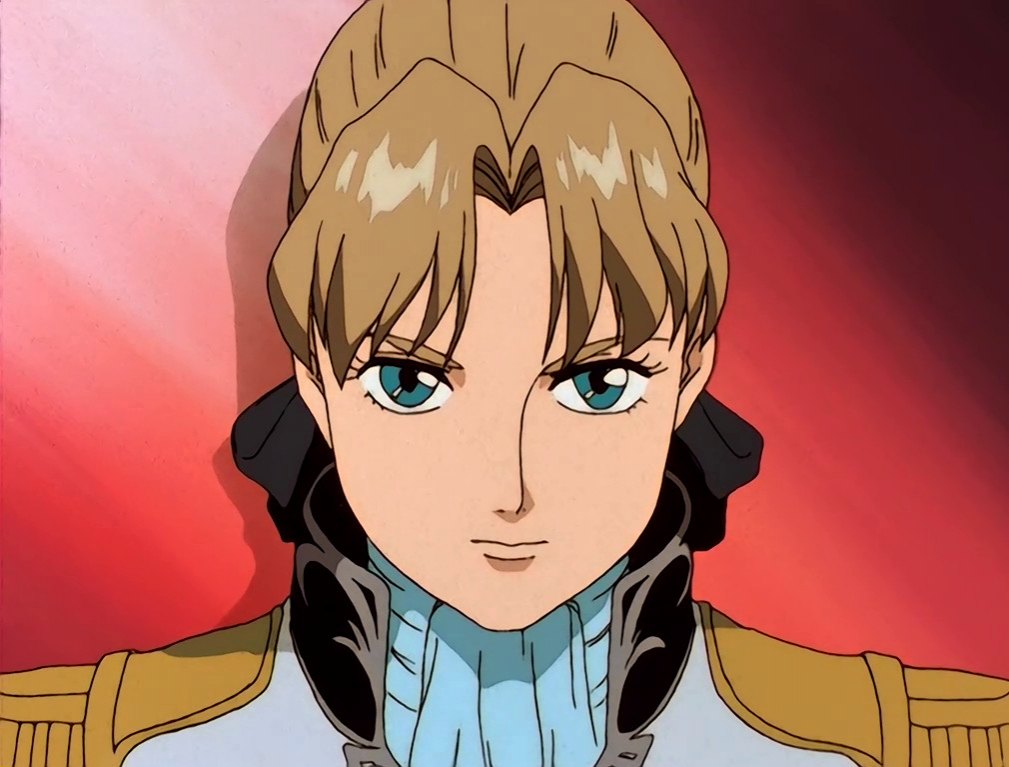 Relena Peacecraft appears as one of the main characters in the anime series ‘Mobile Suit Gundam Wing’. She is the adoptive daughter of Alliance minister of Earth. Later she is revealed to be the ruler of the Sanc Kingdom. Her life is pretty ordered and normal and she wants some excitement in it. An encounter with Heero Yuy a Gundam pilot provides a nice chance for her to experience those things she had wanted to. Her dying foster-father told her the truth of her being the daughter of the King of Sanc. Relena wants to continue fighting for peace and becomes and advocator of non-violence. 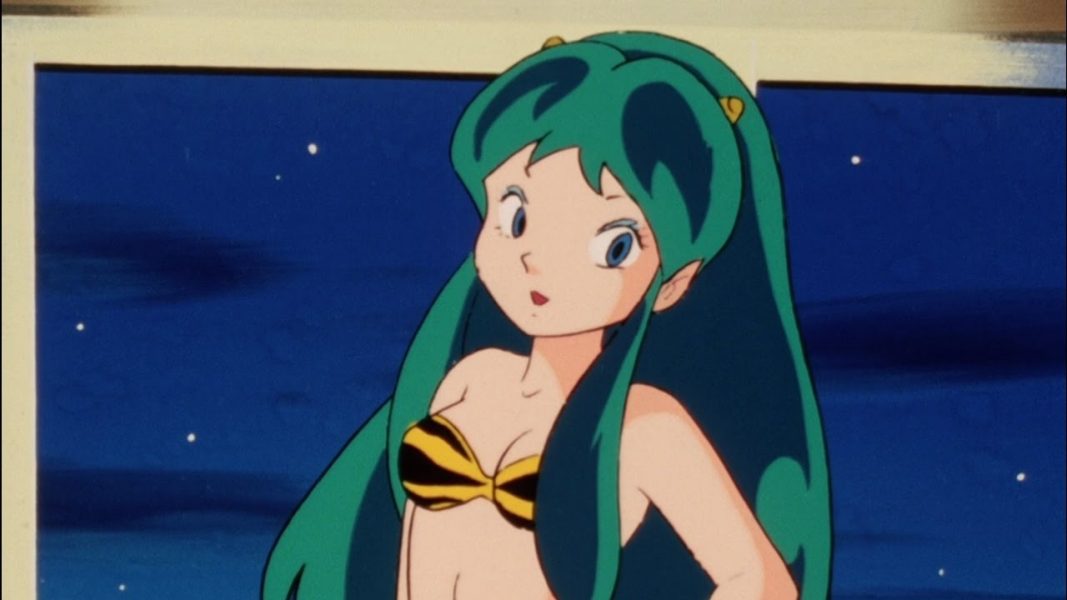 Next on the list is Lum a sexy princess from the old anime series ‘Urusei Yatsura’. She is actually an Oni alien (something you have to watch the series to understand, Oni’s are the aliens who have invaded Earth). She has special powers like flying and generating electric shocks. Lum is the daughter of the Oni King and was supposed to duel against Ataru, whose bad luck has made him the representative of Earth in the battle against the Oni. Lum looks quite sexy in her tiger print bikini which is then stolen by Ataru, who then wins the match (well, the 80s was a weird time). She is very short tempered but wants to stay in her dream home with Ataru when she grows up. 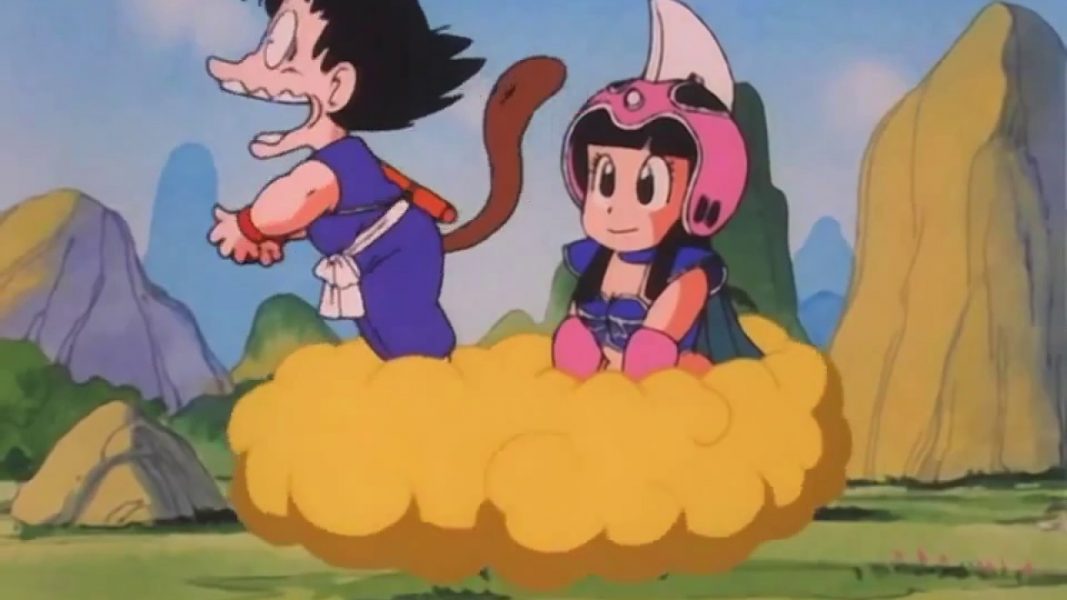 Well, now it’s time for Chi Chi the wife of Earmightiesthties warrior from the ‘Dragon Ball’ series, Goku. Well, it has been more than 3 decades since ‘Dragon Ball’ hit the screens. That is a long time. I mean. If you were a kid back then you probably have your own kids now. Many may not remember this but Chi Chi is actually a princess of the Fire Mountain, her dad being the majestic Ox King. Chi Chi is a beautiful woman and a loving mother to Gohan and Goten. She fell in love with Goku when she was still just a girl. Chi-Chi is also a talented martial artist.