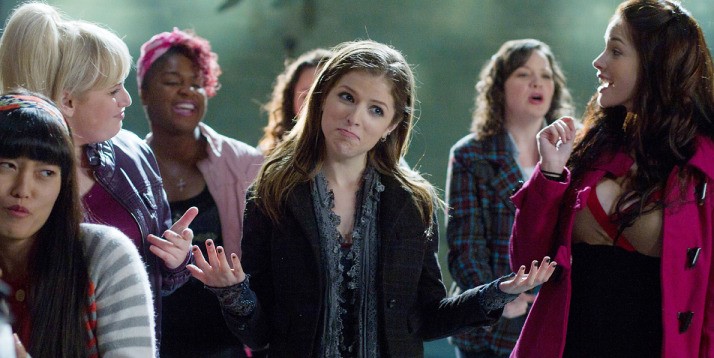 Anna Kendrick, who is known for ‘Pitch Perfect,’ is set to star in ‘Love Life,’ a 10-episode half-hour anthology series from Lionsgate TV for WarnerMedia’s upcoming streaming platform. According to THR, the actress also serves as the executive producer in the romantic comedy which features Paul Feig as one of the executive producers. The announcement came out in the wake of Lionsgate’s fourth-quarter financial results presentation. The series is part of a first-look deal between Lionsgate TV and Feig’s Feigco Entertainment.

‘Love Life’ reportedly chronicles the journey of people from their first love to last love. Each season will feature a different protagonist’s search for love with each episode showing one of their romantic endeavors. Kendrick appears as the lead character in the first season which she executive produces alongside Feig and Jessie Henderson, who is known for ‘A Simple Favor’ and ‘Spy.’

Sam Boyd, who is known for ‘In a Relationship,’ wrote the pilot, executive produces and directs ‘Love Life.’ Bridget Bedard and Dan Magnante also serve as executive producers. The series marks the latest collaboration for Feig and Kendrick who previously worked together in the 2018 movie ‘A Simple Favor.’ in which played the lead roles and Feig directed. This is the regular role debut on television for the Oscar-nominated actress who previously turned down several offers. Kendrick is known for her work in movies like ‘Pitch Perfect’ and ‘Twilight’ franchise. Her other major titles include ‘Trolls’ and ‘Into the Woods.’

Kendrick also is set to play the lead role and executive produce the comedy ‘Dummy’ for the short-form video platform Quibi from Jeffrey Katzenberg and Meg Whitman. She joins Zac Ephron in the voice cast of the upcoming animated comedy series ‘Human Discoveries’ for Facebook Watch. Kendrick also plays the lead role in the sci-fi thriller movie ‘Stowaway’ from XYZ Films and CAA Media Finance.

Feig has delivered impressive titles in both film and television earlier. His major television credits include ‘Freaks & Geeks,’ ‘The Office‘ and ‘Arrested Development.’ ‘Love Life’ is one of the first projects officially ordered to series by WarnerMedia’s upcoming streaming service. The unnamed service has a number of projects in the pipeline including ‘Gremlins’ animated series. WarnerMedia is expected to unveil the platform in the fourth quarter of the financial year 2019-20.

Bob Greenblatt and Kevin Reilly oversee the launch and line-up of the streaming service with will feature HBO and library content from multiple WarnerMedia platforms like TNT, TBS and TruTV among others. According to THR, the originals will debut in 2020. More details of the service like official launch date, pricing plans, name, and logo haven’t yet been revealed.