Where is Annjeannette Whaley From My 600-lb Life Today? 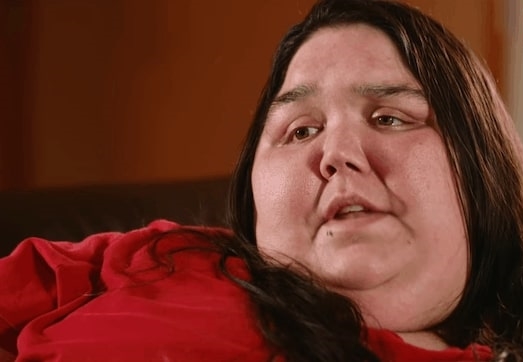 ‘My 600-lb Life’ on TLC documents the journeys undertaken by morbidly obese people to lose weight. They visit celebrity bariatric surgeon, Dr. Now, who guides their diets before greenlighting them for corrective surgery. One of the success stories we have seen has come from Annjeannette Whaley. Naturally, you might be curious about where she is at present. We have the latest news and updates right here.

Annjeannette Whaley struggled with food addiction for most of her life. She claims that her weight issues started after she lost her mother, who was an addict. She died of a heroin overdose when Whaley was a child. When Whaley was 9, a campaign was started to send her to fat camp. She felt embarrassed and ashamed to be out in public.

Soon, she realized she’d have to undergo a struggle to get her life back on track. Although she was prepared to make drastic changes, the San Diego resident found it hard to get rid of her food dependency. Whaley commented that food helped her cope with the pain. Thus, it is not surprising that she weighed around 679 pounds when she went to Dr. Now. However, determined to get better, Whaley followed the doctor’s strict diet, increased daily exercise, and limited access to food. She managed to lose 274 pounds and was approved for surgery. Despite the hard breakup she had to deal with, Whaley never swerved from her course.

Where is Annjeannette Whaley Now?

Naturally, you might be wondering where she is at present. She’s kept updates about her weight at a minimum. However, Whaley has continued on her journey to achieve her goals. You can check out her post from November 2019, which speaks of her progress.

She’s also reconciled with Erica, her girlfriend, earlier in 2019. Check out her latest picture below, which encapsulates how far along she’s come in her journey.

"Not Where i Wanna Be, But Definitely Not Where i Useto Be" #WorkinPogress👊❤

Whaley’s Facebook profile indicates she’s still living in Houston, working with Dr. Now on getting better. Her relation with Erica is not mentioned, but we know she has a brother named William, two nieces, Hannah and Sarah, and a nephew, Vincent. Apart from that, she’s rather private about her life, since her Instagram profile is not accessible without her permission.

The most recent update about Whaley comes in April 2020. It was learned that she’s suing the show, specifically Megalomedia, the company behind ‘My 600-lb Life.’ Like the other complainants, Whaley has alleged that the company has left her with unpaid medical bills, much to her financial detriment. Whaley’s claim lists that despite sticking to Dr. Now’s program and going through corrective surgery, she’s now been left hanging. It makes her the eighth member of the cast to sue the producers.

Whaley remains one of the success stories on the series, but her more recent actions also force us to consider that perhaps something is wrong in which ‘My 600-lb Life’ operates. That said, the series offers opportunities to people like the complainant to turn their lives around for the better.

Read More: Where is Henry Foots From My 600-lb Life?