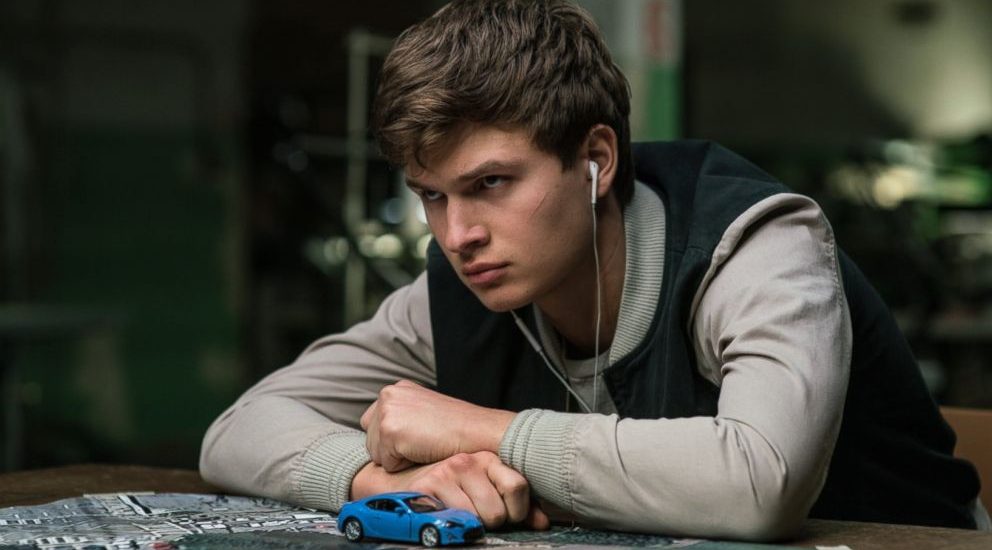 Ansel Elgort has been accused of sexually assaulting a girl when she was 17 years old, in 2014. On Friday, June 19, 2020, a Twitter user known as ‘gabby’ posted a statement describing the assault she faced. She noted that Ansel accepted a direct message from the girl on Twitter and soon drew the conversation to his private Snapchat. Their internet exchanges led to an in-person meeting where the two had sex. 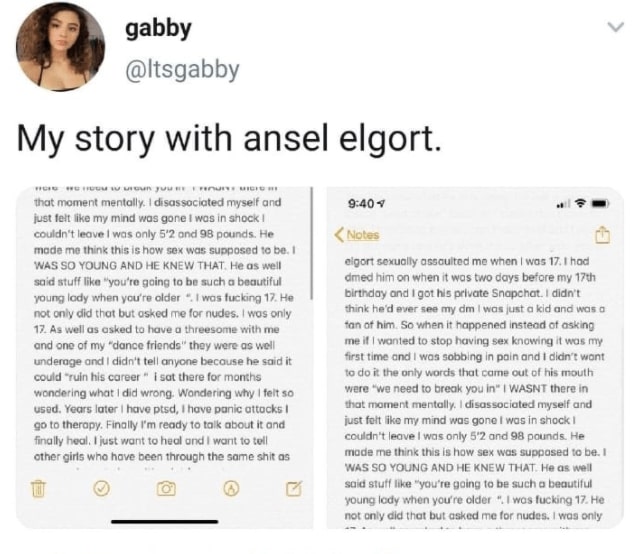 Although ‘gabby’ has made no intention of pressing charges, she has stated that she came forward with the story to finally begin her healing process. The netizen has also made it clear that she has not done it for clout and that Elgort has done this to other people. She had not come forward with her story before because he had allegedly told her it would ruin his career. The woman also shared a picture of herself with Elgort and a photo of how he directed the conversation to Snapchat, both of which you can see below. It supports her story that she’s indeed known the actor better than an average fan. 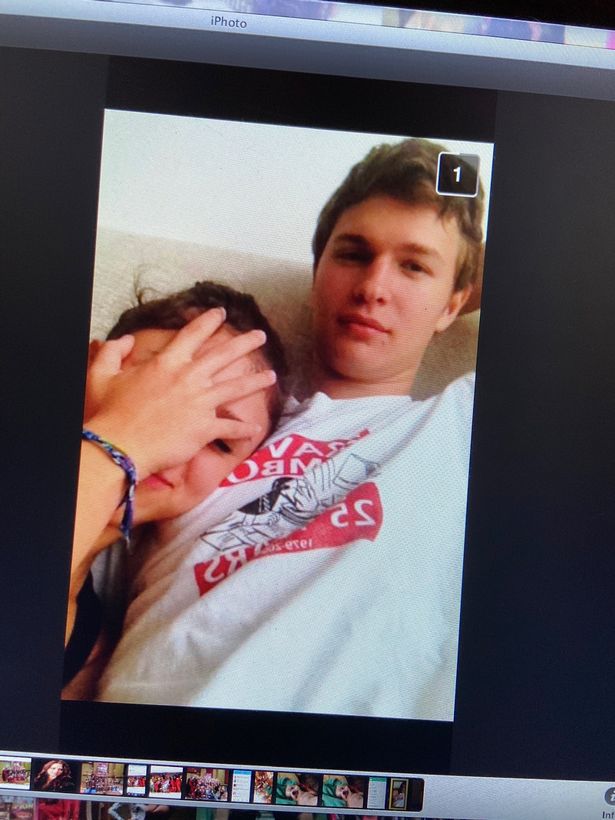 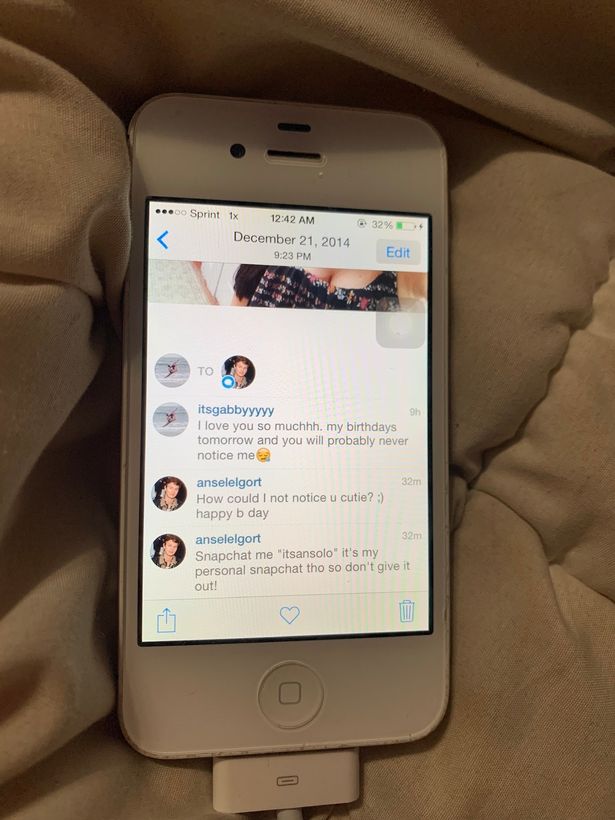 With this, Ansel joins a long list of men in the entertainment industry who have been accused of sexual assault. As the allegations are fairly new, it remains to be seen how Ansel will respond, or whether he will stay silent. For now, the representatives of HBO Max, Disney, or Elgort, have not released any statements yet.

Notably, Elgort is slated to appear in the ‘West Side Story‘ reboot from Disney that is supposed to release on December 18, 2020. He is also supposed to appear in HBO Max’s ‘Tokyo Vice.’ It remains to be seen if the accusations force the studios to reconsider their plans for release and production. It depends on whether more women come out with allegations against Ansel, which might trigger an extensive look at his behavior. After all, ‘gabby’ has hinted that there is more to the story.

Ansel most recently appears in ‘The Goldfinch’ but has several notable films under his belt, like ‘Divergent‘, ‘Baby Driver‘, and ‘The Fault in Our Stars.’ He is also the latest celebrity to have joined the list that has only kept on increasing since the #meToo movement. While some people on the list, like Bill Cosby and Harvey Weinstein, have faced criminal charges, several others like Kevin Spacey, Louis C.K., Dustin Hoffman, Matt Lauer, and Brett Ratner have found themselves at the heart of such disturbing allegations.

Notably, the Twitterati are already asking Ansel to be canceled in light of the emerging allegations. However, Disney is unlikely to remove Elgort if there aren’t multiple accusations, or if the current allegations don’t snowball into something bigger.

WEST SIDE STORY must be delayed and Ansel Elgort’s performance as Tony completely reshot. This might mean a huge percentage reshot due to group things. Spielberg will do the right thing.

There is simply no other salient moral option.

There have been reports that Elgort might have been called out for being a racist earlier this week as well. Although the Instagram post doesn’t mention him by his full name, an account called BlackAtLaguardia has spoken about someone called Ansel being racist. Notably, the actor attended the LaGuardia High School of Music & Art and Performing Arts. [Note: The Cinemaholic has not been able to independently verify the veracity of any of these claims or photos.]