Anthony Hopkins is a Welsh actor, director, and producer. He won the Academy Award for Best Actor in 1992 and was nominated three additional times. He has also won three BAFTA Awards, two Emmys, and the Cecil B. DeMille Award. In 1993, he was knighted by Queen Elizabeth II for services to the arts. He received a star on the Hollywood Walk of Fame in 2003, and in 2008, he received the BAFTA Fellowship for lifetime achievement from the British Academy of Film and Television Arts.

After graduating from the Royal Welsh College of Music & Drama in 1957, he trained at the Royal Academy of Dramatic Art in London and was then spotted by Laurence Olivier who invited him to join the Royal National Theatre. In 1968, he achieved renown, playing Richard the Lionheart in the Academy Award-winning film ‘The Lion in Winter’. In the mid-1970s, Richard Attenborough, who would direct five Hopkins films, called him “the greatest actor of his generation.”

He is perhaps best known for his portrayal of Hannibal Lecter in ‘The Silence of the Lambs’, for which he won the Academy Award for Best Actor, its sequel ‘Hannibal’, and the prequel ‘Red Dragon’. Other notable films include ‘The Mask of Zorro’, ‘The Bounty’, ‘Meet Joe Black’, ‘The Elephant Man’, ‘Magic’, ’84 Charing Cross Road’, ‘Bram Stoker’s Dracula’, ‘Legends of the Fall’, ‘Thor‘ and its sequels, ‘The Remains of the Day’, ‘Amistad’, ‘Nixon’, ‘The World’s Fastest Indian’, ‘Instinct’ and ‘Fracture’. In 2015, he starred in the BBC television film ‘The Dresser’, and since 2016, he has starred in the HBO television series ‘Westworld‘. 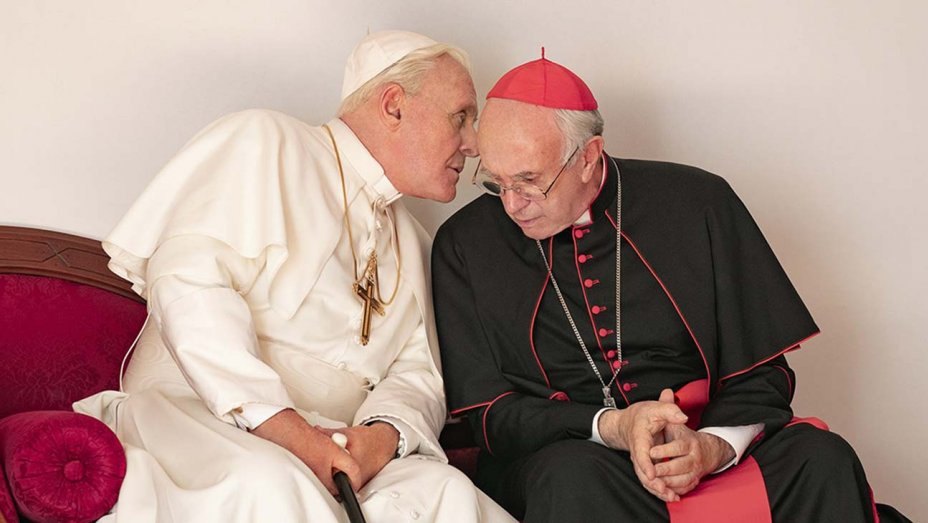 Netflix is coming up with the feature film ‘The Two Popes’, with Jonathan Pryce playing the leader of the Roman Catholic Church, and Anthony Hopkins appearing as his predecessor, Pope Benedict. The film will be directed by Fernando Meirelles, from a script by Anthony McCarten, who wrote ‘The Theory of Everything’ about Stephen Hawking and ‘Darkest Hour’, with Gary Oldman as Winston Churchill. McCarten adapted his 2017 stage play, ‘The Pope’. Dan Lin is producing with Jonathan Eirich and Tracey Seaward.

The film tells the story of Pope Benedict’s election and his subsequent resignation from the papacy which opened the door for Jorge Mario Bergoglio, the Argentinian Cardinal who became the first Jesuit pope, the first from the Americas and the first Pope from outside Europe since the 8th Century. The drama conveys his reluctance to take the top post in 2013, his humility and devotion to the poor making him a galvanizing force for tolerance and change. The film explores the relationship and opposing visions between two of the most powerful leaders in the Catholic Church, both of whom must address their own pasts and the demands of the modern world in order to move the church forward. The movie is slated to be released on November 27, 2019, in the USA, and November 29, 2019, in the UK. After enjoying a limited theatrical run, it will be available for streaming on Netflix from December 20, 2019. 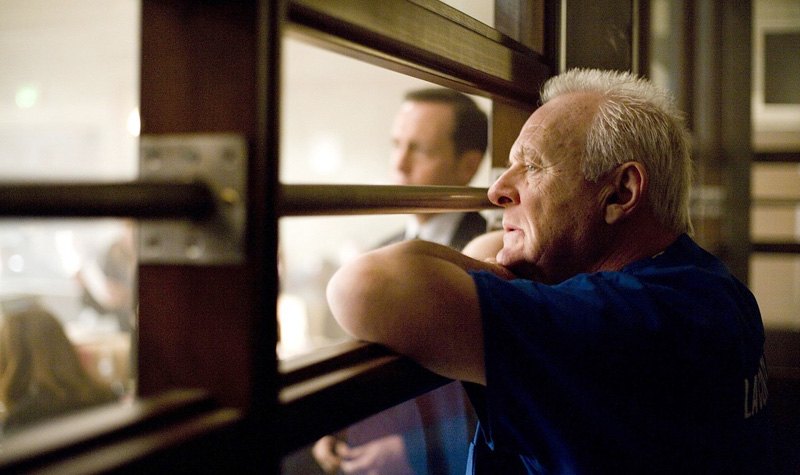 ‘The Father’ is an upcoming drama film, written and helmed by Florian Zeller, based on his play ‘La Pere’. Notably, the play has already been made into a movie called ‘Floride’ in 2015. The plot of ‘The Father’ follows a man who struggles with aging as he moves in with his daughter. However, having refused assistance from his daughter at all ages, the man must now cope try to make sense of how the circumstances of his life are changing. His mind is unable to take it all in, and he begins to doubt everything, including his loved ones, as well as the very fabric of his reality.

Undoubtedly Hopkins will be appearing as the aging man, and he is going to be supported by an excellent cast including the likes of Olivia Colman and Imogen Poots. That being said, the aging man will firmly be the attention of the upcoming film, and much of the plot, along with the emotions it wishes to convey, will rest on the central man’s performance. With Hopkins’ talent and experience, this should be no problem and we cannot wait to see the actor deliver yet another moving performance. The film is slated to be released in 2020. 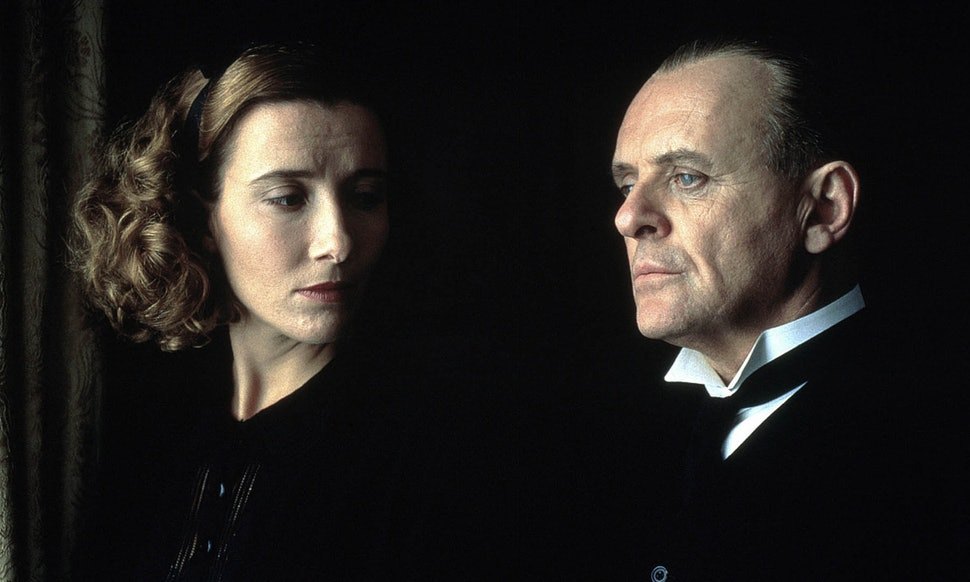 The movie follows fashion photographer, Nicolas Yarna (Kvirikadze), emotionally devastated by the death of his younger brother, Cedric (Nicholson). The mysterious disappearance of Nicolas’ girlfriend, Matilda (Rowe), leads him into a journey of his unconscious where he discovers love and the absence of it. 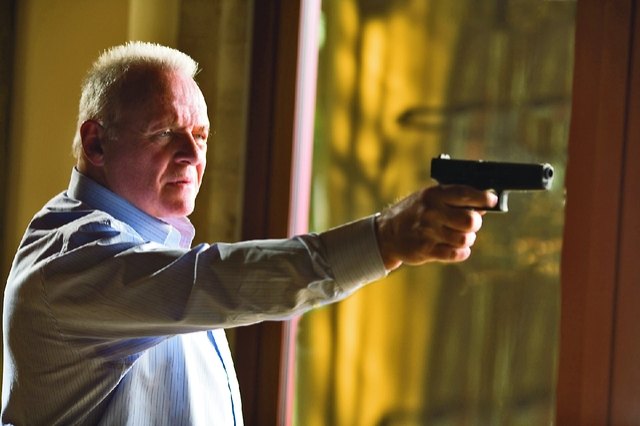 ‘The Virtuoso’ is an upcoming thriller that comes from Nick Stagliano. James C. Wolf wrote the screenplay with revisions from Stagliano. The story follows a professional assassin who has to track down and kill his latest target in order to satisfy a long-standing debt owed to his mentor, played by Hopkins. However, the mission is not as simple as it appears.

The hitman, with nerves of steel, is not given any information about the target he is tracking. He only knows that the target will be present at a certain rustic cafe at 5 PM. Nonetheless, he shows up and realizes that several potential individuals could be the target. Naturally, this puts the hitman in a dilemma, since the county sheriff might be the intended target for all his knows. However, he embarks on the dangerous mission to understand who to kill. Things become more complicated for him when the mysterious waitress has some erotic encounters, which could endanger the killer’s life and derail his mission.

Hopkins has already expressed excitement about the project praising Stagliano’s love for film noir, which is the tone ‘The Virtuoso’ will be aiming for. Hopkins’ effortless acting should serve to accentuate the tight plot of the film. 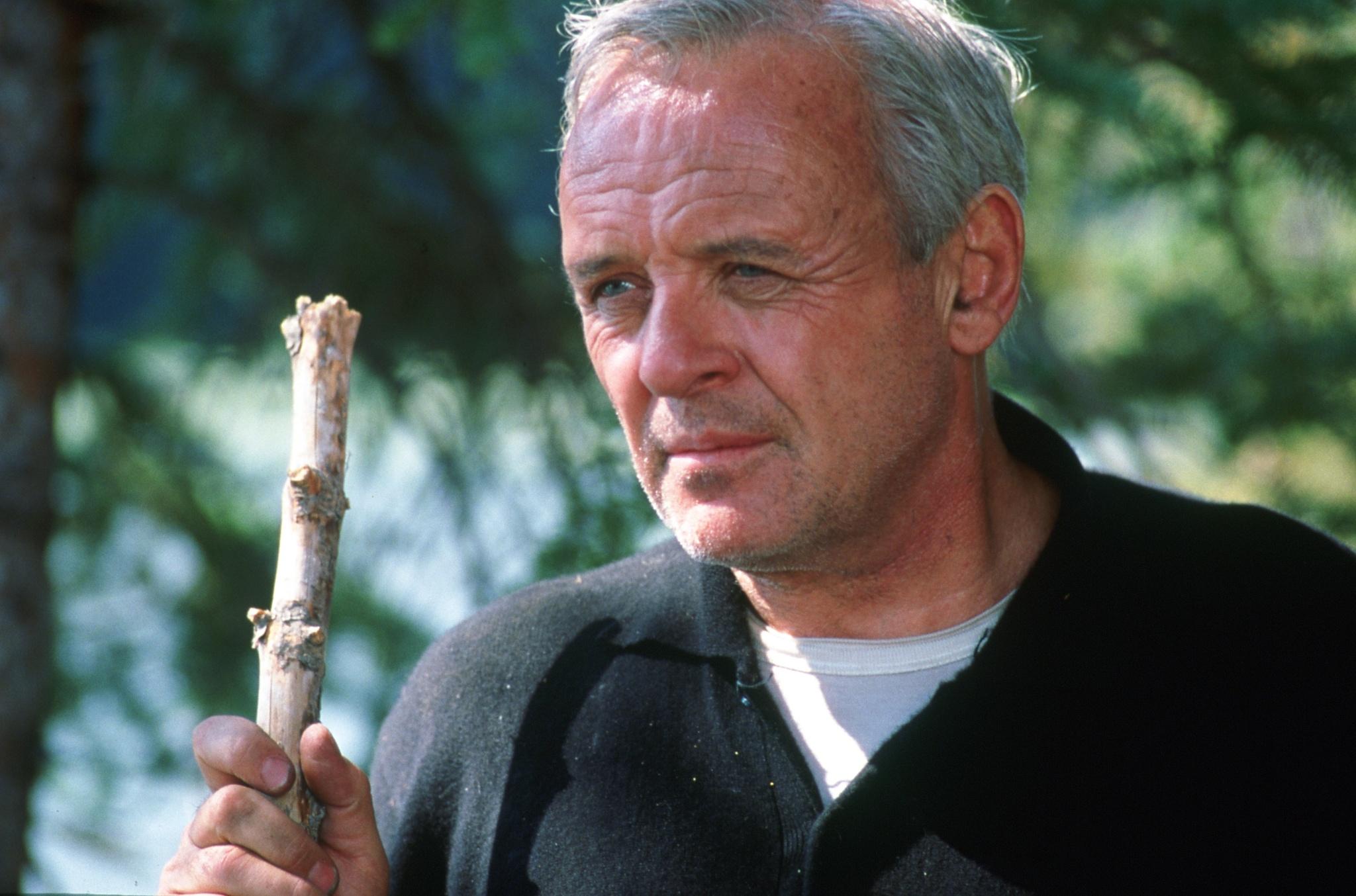 ‘Elyse’ is an upcoming drama that is bound to be a project close to Anthony Hopkins’ heart. After all, it marks the directorial debut of his wife, Stella Hopkins, who has also written the story and screenplay. Not much is known about the project at the moment, especially regarding Hopkins’ role.

However, we do know that the story will follow the titular Elyse who is driven to darkness after a life-altering event. On the precipice of the abyss, Elyse has to face the truths about her life and past, forcing her to come to terms with herself. The plot sounds intense and will have to be driven forward by strong performances to get the message across to viewers.

Thus, for someone like Anthony Hopkins to be attached to ‘Elyse’ is not surprising. The actor will surely bring his best to the table and mesmerize us with his abilities yet again.