Meet Mina, a successful young woman who has everything going great for her. Her boyfriend is highly ambitious and has planned out their lives while working with the prestigious International Corporate Brands. However, Mina’s life falls apart when her job asks her to go to her hometown in Tennessee. Here, she needs to convince an arrogant, stubborn restaurant owner to sell his property. But there is just one problem. Clay happens to be her old flame and the current owner of the restaurant. And he is not interested in selling the eatery. Mina attempts to make many negotiations but everything falls on deaf ears. But this does not stop the sparks from flying!

Well, this is the brief premise of ‘Appetite for Love’ — Hallmark’s romantic flick that contains all the ingredients of a dreamy love story. There is a quaint little town to add to the beauty as well! In fact, the movie makes excellent use of the setting to weave this whimsical tale. And this might make you wonder where ‘Appetite for Love’ has been filmed. We’ve got you covered, and will also introduce you to the significant castmembers.

Like most of Hallmark’s films, ‘Appetite for Love’ is filmed in Canada — to be more specific, in Vancouver, British Columbia. Vancouver is quite popular as a scenic destination and hence, it is a sought-after location by film companies and production crews to shoot movies, especially romantic ones. And this is the reason, the City of Vancouver has been branded as ‘Hollywood North’!

Most of the scenes in ‘Appetite for Love’ also take place in a restaurant, which is the focal point of the love story between Clay and Mina. And this eatery is called Hilltop Café, located in 23904 Fraser Highway, Langley, British Columbia, Canada. 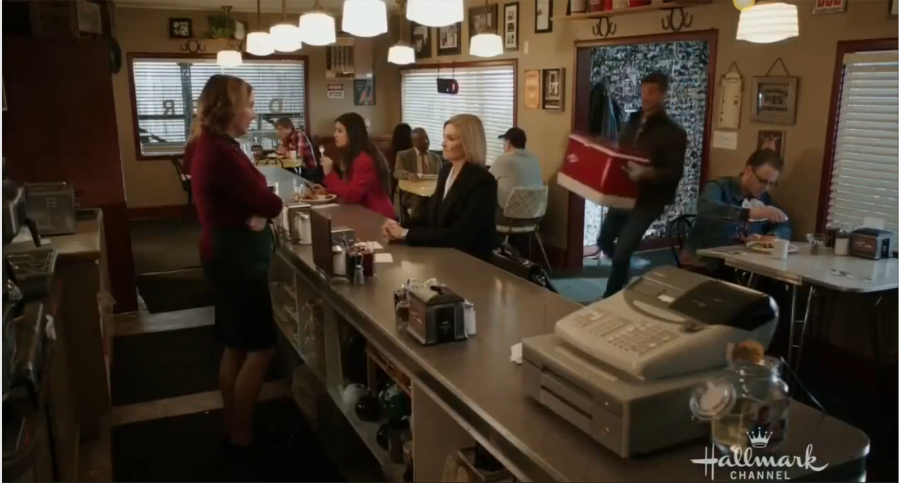 The diner has been around since 1946 and is known to serve some of the best options in lunch and breakfast. Seated between Vancouver and Chilliwack, Hilltop Cafe has been featured in several other hit movies like ‘The Butterfly Effect’ and ‘The Sisterhood of the Traveling Pants’. It has served as a favorite filming location for shows like ‘Supernatural’, ‘Fringe’, ‘The X-Files’, ‘Beyond’, and ‘Bates Motel’, to name a few.

Taylor Cole plays the role of the lead female protagonist, Mina. The actress is primarily known for her appearance in the ‘Ruby Herring Mysteries’ franchise. She has additionally starred in Hallmark’s ‘Matching Hearts’, ‘One Winter Proposal’, ‘The Art of Us’, ‘Christmas in Homestead’, ‘My Summer Prince’, ‘Falling for You’, and ‘Christmas Festival of Ice’. Born and raised in Arlington, Texas, Cole was a volleyball player in high school. She even traveled the country to participate in competitions at the junior Olympic level. Cole has previously traveled to Italy, France, Germany, and Australia, as a professional model.

Andrew W. Walker joins Cole as her ex-flame, Clay. He has appeared as one of the leads in ‘Sabrina, the Teenage Witch’ and has starred in several Hallmark movies plus shows like ‘Love in Design’ and ‘When Calls the Heart’. Walker’s other notable projects are ‘God Bless the Broken Road’ and ‘Oxalis’. Other important characters in the movie are Tallulah Jones (played by Alley Mills), Reed (played by Marcus Rosner), and Deacon (played by Robert Moloney).