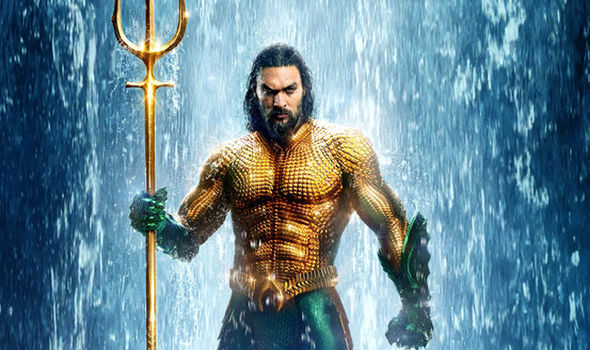 ‘Aquaman‘ producer Peter Safran has outlined the details for the upcoming spin-off movie, titled ‘The Trench’ and the anticipated sequel to the ‘Aquaman’ film itself. He said while speaking to The Hollywood Reporter, that he believed ‘The Trench’ would arrive in theaters way before ‘Aquaman 2’ which currently has a proposed release date on December 16, 2022.

One of the most notable things in ‘Aquaman’ was the vast and varied nature of the underworld kingdom of Atlantis that we witnessed for the first time in the DC film. Although we got a brief introduction to each kingdom, there is undoubtedly a lot of material that the filmmakers could choose to explore, if they so desired. Given that James Wan, the director of the first ‘Aquaman’ movie, has always had an inclination for horror, having kicked off the ‘Conjuring‘ universe of films, it was not very surprising to see him choose the creatures of the Trench as the subject matter for his next film. For those unaware, the first movie told us that the Trench creatures were doomed to live separately once the kingdom of Atlantis sunk underwater and they deformed to become gruesome. The protagonists of ‘Aquaman’, Jason Momoa’s Arthur Curry or Aquaman and Amber Heard‘s Mera, met the creatures of the Trench while searching for a magical and powerful trident in the first movie. Safran said about the upcoming spin-off, “We always, even from the early concept art days, loved the idea of a Trench movie. Then, when audiences embraced it in the movie itself the way they did, particularly that ant farm shot where the camera follows the Trench [creatures] following Arthur and Mera down into the deep, we just knew that we had something very special there and we knew what that movie should be. And consequently, I suspect that that’s one that will come out significantly before Aquaman 2.” However, neither Aquaman nor Mera will be appearing in the spin-off. Although set in the same universe, this horror-tinged film will merely explore more of the Aquaman universe while being set after the events of the first film. Safran also admitted to taking a lesson from the ‘Conjuring’ franchise, stating, “We’ve definitely taken a page from our Conjuring playbook, which is: You’ve got the mothership, which is Aquaman, but there are so many great stories to tell within that universe of itself, that Atlantean universe”.

While the ball is rolling when it comes to the spin-off, fans who are anxiously waiting for the sequel should not hold their breath since the second part of ‘Aquaman’ is still four years away. However, Safran assured that there was no pressure from the Warner Bros. studios to make a sequel immediately to satiate fan bases until the people involved with the project were satisfied with it in the first place. He said, “[Head of DC Films Walter Hamada], myself and James Wan always shared the same philosophy, which is: You want to do it right. You don’t want to do it fast. You just want to do it right.”

Safran also had views on Aquaman teaming up with other superheroes for a Justice League sequel. He emphasized on a philosophy of patience and said, “Wonder Woman has shown what a great stand-alone property that is. And in Aquaman, we feel the same way. We think that there’s a great sequel and beyond to tell. We introduce seven kingdoms of Atlantis, right? James Wan knows the architecture, the armory, the military, the look, the feel, the general vibe of each of these kingdoms, and I’m sure that there will be an opportunity to explore them in some way later on”. Considering the critical and commercial success of ‘Aquaman’ fans will be hoping it is sooner rather than later.