Where to Stream Archer? 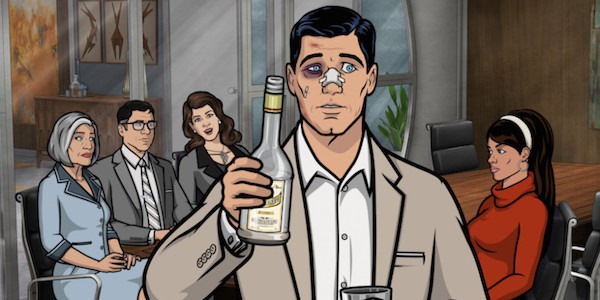 ‘Archer‘ is a long-running animated series that takes us into the world of espionage. But, the spycraft takes a backseat to the unique personalities and relationships. Over the seasons, the show’s humor has only gotten better, and adults have flocked to it in increasing numbers. Understandably, you might be curious about where to stream ‘Archer,’ and we have got you covered in that regard. But first, we shall tell you a little more about it.

What is Archer About?

Sterling Archer is a formidable spy, working for an agency run by his mother. His interactions with co-workers, including his ex-girlfriend, make up a lot of the tale. Archer either annoys or seduces everyone he crosses paths with, and his actions can only be excused because of the results.

No matter what, Archer has the redeeming trait of going above and beyond to save the day. We follow the dysfunctional agents over numerous seasons, and soon their quirky characters begin to grow on us. Naturally, ‘Archer’ has been praised for “mixing rants, mumbling, whining and a stop-and-start delivery style that is note-perfect for comedy.” The well-defined series continues to attract viewers due to the taut storytelling, interspersed with moments of humor.

Is Archer on Netflix?

Netflix keeps making smart additions to its roster, which is why the site is preferred among streamers. ‘Archer’ is not on Netflix, but you should check out ‘Rick and Morty‘ instead. The premise follows a grandfather and grandson who go on various interdimensional adventures. While it is a science-fiction series on the surface, ‘Rick and Morty’ deals with heavy concepts like existentialism and nihilism regularly. The humor is also more directed towards adults. The best part is how Morty’s conscience balances Rick’s Machiavellian side.

Is Archer on Hulu?

Hulu has the edge over competitors due to the diverse roster of films and shows. Subscribers are in luck because Hulu has ten seasons of ‘Archer.’ Check it out here.

Is Archer on Amazon Prime?

Since Amazon Prime sources films and shows from all over the world, Prime subscribers usually treat themselves with varied content. While ‘Archer’ is not on the platform as is, you can always buy and stream the episodes, or purchase the entire season. We recommend the latter since it is more cost-effective. Additionally, Prime has the new ‘Archer’ Season 11 as well. Check it out here.

Where to Stream Archer Online?

If you don’t have Amazon Prime, you can still watch ‘Archer.’ DirecTv, FX Now, and Fubo TV all have the show. But, only Fubo TV has all eleven seasons.

Where to Stream Archer For Free?

You can stream ‘Archer’ for free, and we recommend using two sources to catch the entire series. You should use the Hulu free trial to stream up to Season 10 and then use Fubo Tv’s trial period to watch Season 11.