Are Amanda and Kyle of ‘Summer House’ Still Together? 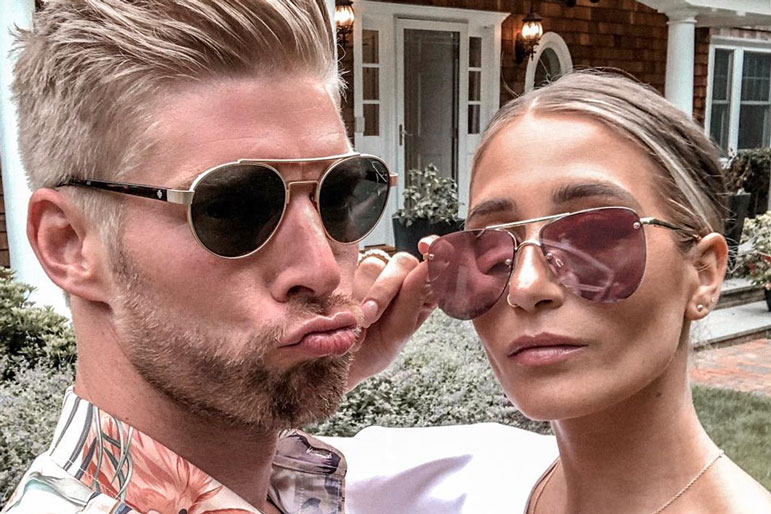 ‘Summer House‘ sees an affluent group of New Yorkers enjoying their weekends, after toiling away at work. The house, witnesses a lot of drama, not to mention, love blossoming now and then. One such love story has been the one between Amanda Batula and Kyle Cooke.

However, their love story has also been rather long. The two have been together for four years, and have been engaged for a year and a half after Kyle proposed during Labor Day in 2018. Naturally, you might be wondering why these two have not gotten married yet. Some fans have even started to speculate about Kyle and Amanda’s current relationship status.

Unsure of where the lovebirds are in their lives? You have come to the right place because we have the latest updates on Kyle and Amanda’s relationship.

Are Kyle and Amanda Still Together?

Kyle and Amanda have been together for some time, and the two are still in a relationship. Once they got engaged, they moved in together and started their own joint business venture. Kyle and Amanda sell a brand of sparkling hard tea, called Loverboy. In fact, Kyle has also made it a point to promote his brand on ‘Summer House’. You can check out a tweet below, where Kyle enjoys a can of Loverboy while appearing in ‘Summer House’.

Thanks man much appreciated! https://t.co/ChnwSqqLcH

As for their love story, the couple is still planning their wedding. However, it has not been an easy path, and going to the Hamptons in the summer, amidst the planning, has been hectic. Amanda and Kyle have admitted that they are exhausted, and overworked, which might make its way to the cameras in the recent season of ‘Summer House’.

Amanda has also stated that she is particularly behind on her wedding planning because she has not decided on a dress, or who will be in her bridal party. She has a working plan in place, though, since she has an extremely long saved category for weddings, on Instagram. However, fans have been badgering her pretty hard, which has prompted Amanda to lash back, as you can see in the tweet below.

Y’all need to hop of my dick about this damn wedding. Girls allowed to take her time if she wants. Not going to rush it if I can’t find the venue I’m happy with #SummerHouse

As you can see above, Amanda and Kyle have not yet found the perfect venue. However, it has not been for the lack of trying. They are certain they want to get married on the East Coast, but two of the venues they liked, have fallen through. Cooke spoke about this, saying, “One of the venues we actually looked at was in Vermont, which is very near and dear to my heart. It’s where my mom’s from, so she was willing to play ball, but that’s actually the one we got cold feet on. [Another] we missed the deadline on — a corporate event took it.”

Where are Kyle and Amanda Now?

We know how their love story is panning out, but you might want to know, where Kyle and Amanda stand, currently, as far as their wedding is concerned. Well, the two of them have been able to narrow down, that they want to get married during the fall. Thus, the couple is aiming for a September 2020 wedding. However, they have iterated that they will solidify their planning process, once they find a perfect venue, which they haven’t yet.

Furthermore, Amanda has teased that we might get to see some familiar faces at the wedding, so we are expecting the members of ‘Summer House’ to be there. She has also teased that she will select her bridesmaids based on how the latest season goes.

Most recently, Amanda has put up a picture on Instagram, alongside Kyle. She has written a long post, justifying and defending her choice to have the wedding when both of them are ready. Check it out below.

Just as there are no rules for dating, there are no rules for engagements (except the tv show). Some people elope, go to city hall, plan their wedding in less than a year, or are engaged for 5+ years before getting married. Kyle and I went through a lot right before getting engaged, and I am so glad he is so excited to get married, but I needed more time. I also want our wedding to be the wedding of our dreams and I need the time to make that happen. After months of looking, we found what we though was the perfect venue. When it fell through, I couldn’t just pick up where we left off because I felt like we exhausted all of our options. I felt defeated. Of course there are many other aspects to this story but I’m not looking to write a novel here so I wanted to clear this one thing up. You can make all the assumptions you want about our relationship and engagement. You can place all the bets on if we’ll get married or not. But every single relationship in this world is different and that’s what makes them all so special. Thank you to everyone who has been able to relate to what we’re going through and has shared their stories with me. I love you all.

As for Kyle, he remains deeply in love with Amanda and wants to spend the rest of his life with her. Nothing has changed since the time he proposed. That much is evident from a post he made a few days back, which you can check out below.