Are Becca and Garrett Still Together? 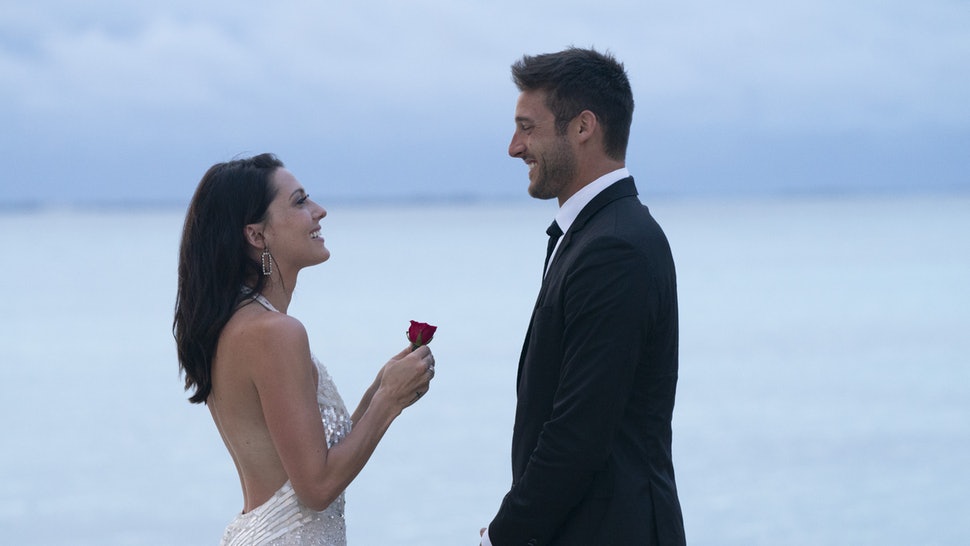 ‘The Bachelorette‘ showed us the love story of Becca Kufrin and Garrett Yrigoyen, who immediately hit it off, from the very first night. Becca’s life transformed from one of heartbreak to bliss, as she found the perfect partner in Garrett. Ultimately, the two ended up getting engaged in the season finale. You can check out the engagement below.

365 days down and forever to go. . . . Thanks to my amazing friend @zacharycnelson, who sent me this footage when Garrett and I thought it was lost and that we’d never see it. It was taken right after our engagement in the most breathtaking place I’ve ever been to. We were told we could go into the water but couldn’t get my dress wet. Oops. We got so caught up in the moment that we didn’t care about anything else other than each other and how we could finally be “us.” I love you @gy_yrigoyen, happy anniversary. Thank you for this life

However, it has been over a year since the couple got engaged, and fans are yet to hear anything about their plans of getting married, taking their relationship forward. Naturally, this has raised the question of whether Becca and Garrett are still together. We have got you covered in that regard.

Who Are Becca and Garrett: The Bachelorette Journey

Becca, or Rebecca, is 29 years old and was born in Benson, on April 3, 1990. The daughter of Jill and Steve Kufrin, Becca was raised in Prior Lake, Minnesota. She has an older sister, Emily, and graduated from Prior Lake High School in 2008. She obtained a degree in Mass Communications from Minnesota State University, Mankato in 2012.

When she was 19, her father died of brain cancer, and her mother is a breast cancer survivor. Becca used to work at Skyya Communications in Minneapolis, before appearing on reality television. When she made her transition to TV, Becca first appeared on ‘The Bachelor‘, where she got Arie Luyendyk Jr.’s final rose. However, he later broke her heart on national television and went with the runner up, Lauren Burnham.

This is when Becca, owner of B the Label, appeared on ‘The Bachelorette’ and met Garrett, the 31-year-old, square-jawed medical sales rep. Soon, their lives became blissful as they found love in each other, and got engaged. However, Garrett had run into a bit of online controversy for liking some unsavory Instagram posts with offensive humor. He ended up apologizing for it on the show. In real life, the couple’s relationship has been all about smooth sailing.

Are Becca and Garrett Still Together?

Therefore, for those wondering if Becca and Garrett are still together, we have the answer. Yes, they are still in a relationship and seem to be more than happy with each other. However, when it comes to their marriage, the couple are taking things slow.

This does not mean that there have been no big steps in their relationship. Becca and Garrett have moved in together. They have shifted base to Carlsbad, California, where they spend a lot of time eating at the Shorehouse Kitchen and Casa de Bandini. The two have also decided to include a new member in their family, and have gotten a corgi named Minno. As a result, some of their time is also spent socializing in the dog parks. You can check out their picture with Minno.

However, when it comes to a wedding, Becca has no intention of following the typical ‘Bachelor’ timeline. She has also stated that the wedding is going to be a rather fun affair than a formal sit down. Speaking of wedding venues, Becca mentioned how she wants it to be in a vineyard, while Garrett loves the mountains. Thus, the two will have to reach a happy compromise. Notably, you can see Garrett’s post below, with the two loves of his life – Becca and the mountains.

My happy place is wherever we’re together, BUT… I’m way more happy with you when we’re together in the mountains haha! 🏔 #home . . 📸: @jessclarke_ thank you!

As for the option of fans being able to see their wedding on television, Becca has stated that she hasn’t decided on it yet, but there is a good chance that she does not want her wedding filmed. Moreover, she has also ascertained the lovebirds do decide to get married, they will inform their families first, and then the fans.

Notably, last year, there seemed a time when the two might have had troubles in their relationship. In August 2019, many fans wondered why Garrett was absent at Krystal Nielson and Chris Randone’s wedding.

When the ‘Bachelor in Paradise‘ participants got married, several Bachelor Nation stars were present including Becca. However, she went on to clarify the reason for her fiance’s absence, saying that he was held up by a surprise birthday party. She also chided her fans saying that the two were allowed to have their own lives, and need not do everything together.

Lately, the couple can be seen appearing in ‘The Bachelor Live on Stage’ tour. You can check out one of Garrett’s posts about the same, below.

Tell me somethin’, girl. . . Family and friends came out to show love and support for Becca at @bachelorliveonstage

In conclusion, not only are Becca and Garrett together, but they are very happily engaged. It is clear that they have impacted each others’ lives, and have changed it for the better. You can see a heartfelt post by Becca below, speaking of making more memories together, and one cannot help but root for the couple.

Happy birthday to the man who stole my heart and has kept it so full throughout these past couple years. @gy_yrigoyen you are my best friend, the sweetest fur-dad, and most loving, supporting, goofy, kind, comedic man I’ve ever known. You deserve the absolute best birthday and wishes on your 31st. Minno and I love you so incredibly much and can’t wait to spoil you rotten. Here’s to many many many more adventures and memories together 💖