Are Hilary Farr and David Visentin Dating? Are They Friends?

HGTV’s hit property reality TV show ‘Love It or List It‘ is back with a brand new season, it’s sixteenth running since inception. The show has a very interesting premise wherein homeowners that are disenchanted with their properties will choose to either “love it” after renowned interior designer Hilary Farr does some redecorating, or they will “list it” to sell under the guidance of real estate agent David Visentin and move to a new turn-key property that David has scouted out for them.

The Canadian show pits the co-hosts Hilary Farr and David Visentin against each other in a friendly battle of sorts and their banter is epic. They bicker and argue like an old married couple at times and it keeps their audiences hooked. But have the leads of the show ever been entangled romantically? Read on to find out!

Despite the palpable on-screen chemistry that these two share, they have never dated or ever been involved romantically. Hilary and Visentin, through so many years of working together, have formed a close but strictly platonic friendship. They have both stated, on numerous occasions in the past, that they are extremely fond of each other but they have never been anything other than good friends. 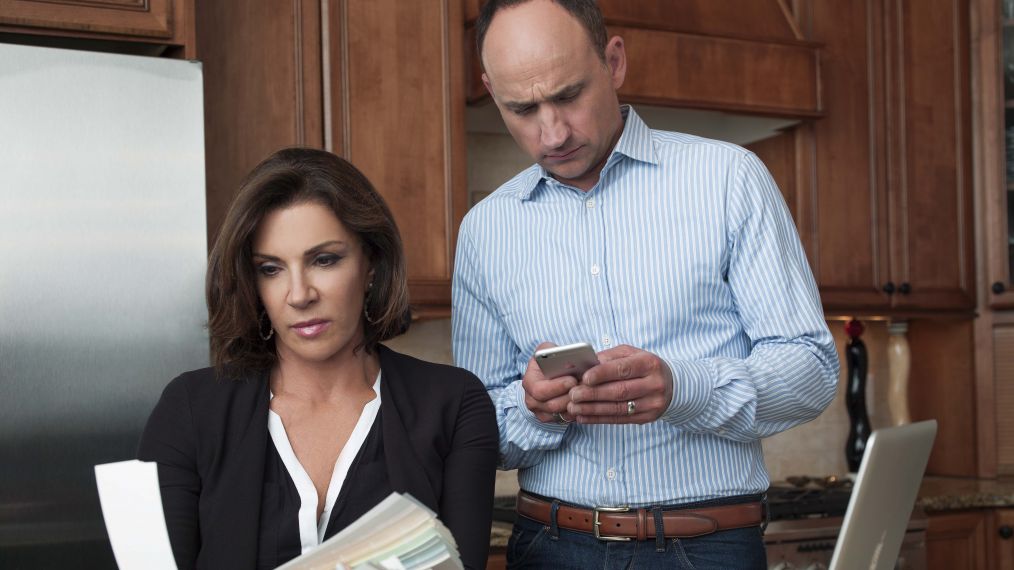 In fact, David has been married to an American real estate agent since 2006 after dating the same woman for many years and they also have a 9-year-old son together. David’s wife is Krista Visentin and their son is named Logan. As the family is very private and likes to keep out of the public’s eye, there is almost no information present about Krista and Logan, other than the fact that they lead a very simple lifestyle and live in Barrie, Ontario.

Hilary has also been married but is now divorced. She married TV producer Gordon Farr in 1982 but their marriage didn’t last long. They got divorced and reportedly, their parting was not amicable. They do share a son named Josh and also have three grandkids. Currently, it doesn’t look like Hilary is dating anyone or if she is, she’s determined to keep it under wraps and away from the prying eyes of fans and media alike.

My favourite father. This child of mine amazes me. He has never lost the little boy within and is filled with wonder, joy, fun, endless love and respect for his children and his beautiful wife. I’m so proud of him.

David and Hilary first met on the sets of ‘Love It or List It’. They were both cast separately, Hilary first and then David because the makers thought he would compliment her personality well.

Sunday’s are great for relaxing with a good book. What are you reading? Or are you David?

About their bantering, Hilary and David say that it’s entirely real. They are both very competitive and they have fought and been angry for real while working on many a project. But what they are also great at (besides their respective jobs) is getting over arguments. That is how their friendship is enduring.

They start their respective mornings in the exact same way – with a glass of a concoction they have dubbed “The Morning Smoothie”. Originally David’s recipe, he shared it with Hilary a few years ago and she loved it too. It has kale, cilantro, lemon juice, banana, almond butter, cacao, cinnamon, ginger, turmeric, and black pepper. David also likes to add apple and avocado sometimes.

Trying really hard to look excited about the #SuperBowl. How am I doing?

Hilary has also claimed that she doesn’t like to watch their show by herself, but doesn’t mind watching if she is with David. How sweet is that!

Hilary and David also share a deep love of the movies. Both of their’s “perfect day” would entail enjoying the good life – David with his summertime golfing and Hilary would love a spa day. Hilary has said that David is like a brother – annoying at times but also makes her laugh.

Just so excited for tomorrow night's show that I can't control my hands! Don't miss us on #LoveItorListIt We will also be #tweeting live! @hilary_farr