Are Jacob Elordi and Joey King Still Together? Who Are They Dating? 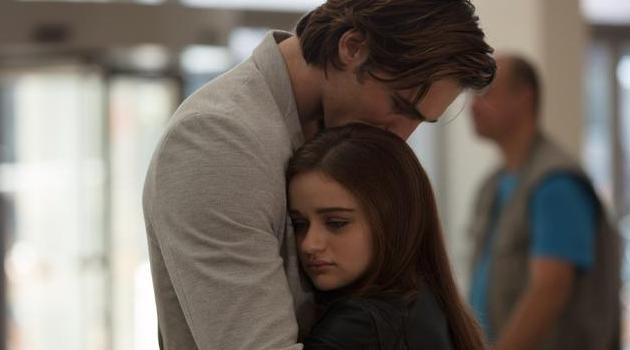 ‘The Kissing Booth‘ gained immense popularity on Netflix, so much so that a second part is slated to arrive on the platform. While everyone was taken in by the romantic comedy, they were even more enamored by the love story between Elle, a quirky teenager, and Noah, the bad boy in high school. Joey King plays Elle while Jacob Elordi appears as Noah. Fans loved it when the couple turned their on-screen romance into a real-life one. After all, Elordi and King make for an adorable couple. However, are the two still together?

Joey and Jacob started going out since they grew close during filming. They met in 2017, and Joey said that they quickly bonded over inside jokes and how much she could share with him. They became best friends, and over time, she entertained the possibility that there was more there than friendship.

The actress also hilariously detailed that the first time she kissed Jacob was work-related since they had to practice for the gazebo kiss. Since Jacob is Australian, their romance involved a fair of travel. The couple, originally based out of Los Angeles, traveled the world, including Jacob’s home country and Boston.

Are Joey King and Jacob Elordi Still Together?

Unfortunately, Joey and Jacob are not together anymore. They dated until February 2019. The couple eventually removed traces of each other from their social media accounts, which first hinted that something was wrong between the two. Thus, it was awkward for them to get back for ‘The Kissing Booth 2.’ King addressed this, saying it was a crazy time, but it was also beautiful. She learned a lot, growing as a person and actor.

So, what about on-screen intimacy? Well, King assured fans that there was no discomfort, and they were fine. After all, both of them are professionals who can put their feelings aside for the project. We know Joey and Jacob are not together, but who are they dating?

Jacob was linked with the American model, Cari Flowers, for a while after he broke up with King. In fact, Cari has a rather intimate picture with Elordi from the time she visited Australia.

However, that doesn’t seem to have lasted. Recently, Jacob has been linked with ‘Euphoria‘ co-star Zendaya, with whom Elordi vacationed in Greece. The two seem to have become inseparable though they haven’t made any mention of their relationship publicly. As for King, since her breakup with Elordi, she has been linked to being romantically involved with Steven Piet, the film producer. You can check out a picture of them in Paris. They happen to be at the bridge where people make promises, lock them, and symbolically throw away the key.

While Elordi and King might have parted ways in real-life, Hollywood romances are infamously short-lived at a young age. However, both actors are great at what they do, and will ensure the sizzling chemistry remains unimpacted in the sequel to ‘The Kissing Booth.’

Read More: Where Was The Kissing Booth Filmed?