Are Jarrod And Brandi From Storage Wars Still Together? 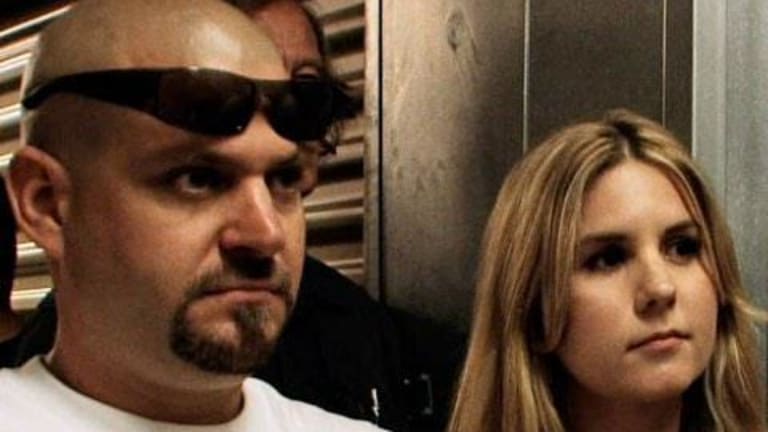 If you are a ‘Storage Wars’ fan, you must have noticed that in the last couple of months, a particular search phrase has been making rounds on the Internet — ‘Jarrod and Brandi split’. Google is flooded with reports of the dynamic couple from A&E’s superhit reality show having separated. But how much of this information is true? Let’s find out.

Jarrod Schulz and Brandi Passante, popularly referred to as The Young Guns, have been constants in ‘Storage Wars’ since its debut in 2010. They owned and ran their own thrift store, Now and Then, located in Orange, California. Eventually, the duo opened another store in Long Beach, California. However, Long Beach did not deliver the expected results and had to be closed.  Later, even the Orange store ceased its operations.

On the personal front, Brandi and Jarrod have been in a relationship of around two decades. Although the couple never married, they have two kids, Cameron and Peyton. The fam has a spinoff of their own, ‘Brandi & Jarrod: Married to the Job’, which focuses on the duo balancing their professional lives while raising their two kids. However, with fans currently speculating that the couple might have separated, it raises doubts for ‘Storage Wars’ season 13.

Are Brandi And Jarrod Still Together?

Jarrod and Brandi are fan-favorites because of their constant bickering yet funny discussions. They met in 1999 when both were employed in a carpet-cleaning store. Jarrod was her boss but he was so smitten by her that he started wooing her persistently. Eventually, Brandi relented and they started dating. Together, the couple moved into the mortgage business and storage auctions. After having two kids, Jarrod finally proposed her with a diamond ring, and in ‘Storage Wars: Married to the Job’, we saw the couple preparing for their potential wedding — scouting for venues, a wedding dress, and a tuxedo. However, the ceremony never materialized in reality in the series.

The fastest way to a girls heart! The sexy saxophonist… @jarrodschulz knows me well! Watch it on all new Storage Wars tonight at 10:00 & 10:30 on @aetv

In late 2019, fans started noticing that Brandi had stopped posting pictures of her kids and ‘to-be’ husband. Previously, here social media handles were flooded with happy uploads of the entire fam. However, Brandi did clarify why she refrained from updating fans about her kids. She wrote: “I stopped posting photos of my babies. Because some creepy ass dudes were harassing them. I am reluctantly posting this because I am so proud of how beautiful my little is in her winter formal fit …❣️Don’t be gross.”

I stopped posting photos of my babies. Because some creepy ass dudes were harassing them. I am reluctantly posting this because, I am so proud of how beautiful my little is in her winter formal fit …❣️Don’t be gross

However, for nearly a year, Brandi has not posted anything with Jarrod and this clarifies the fact that they may not be together anymore. She updates individual pictures with her kids, which means that both the parents visit their children at intervals. Recently, she also posted a sizzling pic with a guy but we cannot say if he is her new beau.

A glance through Jarrod’s profile and you can see that he rarely posts personal pictures. Most of his updates are regarding promotions of his venture, ‘Rush Bar and Grill’. But currently, he calls himself The Young Gun as opposed to The Young Guns, which was used to refer him and Brandi when they were together. That might be just the clue we needed to prove that the beloved lovebirds are no longer seeing each other.

Read More: Are Madisson And Ish From Siesta Key Still Together?