Are Phaedra Parks and Medina Islam Still Together? 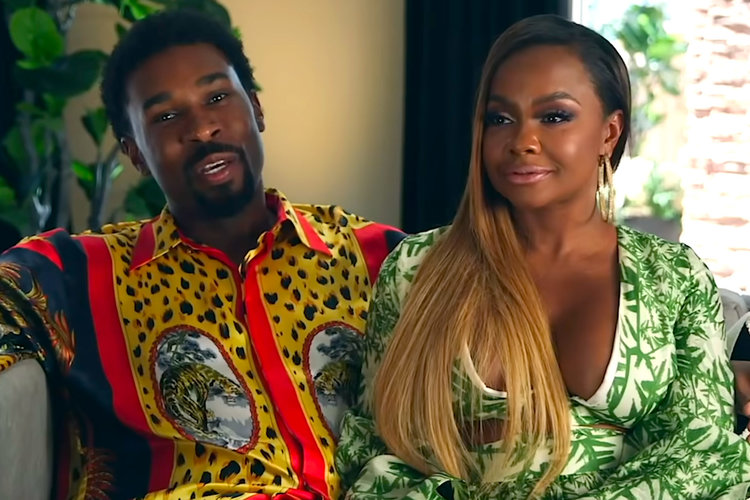 Phaedra Parks earned the badge of a reality TV star after appearing in the first 9 seasons of “Real Housewives of Atlanta.” Her boyfriend, Medina Islam is an actor, recording artist and a ghostwriter. They started dating almost a year ago and so far, the relationship has been going steady, except for just a few hiccups.

Phaedra and Medina: Their Journey

Medina first tried to communicate with Phaedra through an exclusive dating app but she ‘declined’ his request. At the reference of a mutual friend, who is really close to both of them, she started talking to him. In spite of having immense anxiety around dating after her horrific past experiences, she still gave another shot at love. They have been in a long-distance relationship and thus, their equation so far has been extremely casual. The couple has still not been physically intimate, as they confess on the reality show.

Initially hesitant to bring such a new relationship under public scrutiny, Phaedra knew that this would also give them loads of time to spend with each other and understand their own weaknesses. When asked in an interview if Phaedra sees herself getting married, she gushes at the question and says she still has not lost her faith in the institution but will go through with it only with a “good man” this time.

Are Phaedra Parks and Medina Islam Still Together?

Yes, the couple is together and happy. They have not got the chance to be around each other a lot as yet. This is because they live on opposite coasts; Phaedra’s in Atlanta, while Medina’s based in Los Angeles. Now that they are on a show that has given them a chance is to be next to each other around the clock, they could not have had a better opportunity than this. Phaedra confirms that she got to know a very different side of him and they now feel much more connected on an emotional level. The couple went public about the budding romance between them last September and are going to complete a year of companionship by summer, 2020.

She was even planning on moving to Los Angeles before Covid-19 spread around the world like a wildfire. Dropping any such plans as of now, she even asked Medina to move to Atlanta but nothing seems to have worked out.

But before they establish anything concrete between them, Medina and Phaedra need to work through some of the issues that are holding them back. For example, Medina has to open up his private and intimate side to his girlfriend. Having a daughter, Alexandra Islam, from his first wife puts extra pressure on the new daddy because whosoever will be in his life, will also influence that of his baby girl. Needless to say that he absolutely adores her and lovingly calls her ‘Chicken Nugget.’

Phaedra Parks shares the same fear and has taken a promise from her man that until there is a ring on the finger, her two beautiful boys will not know about their relationship. Ayden, 10, and Dylan, 7, remain the light of her life. She met their father Apollo Nida in 1995 and got married to him in 2009. She thought she knew that man but was shocked to witness him being put behind the bars for 8 years for fraud and identity theft. She divorced him amicably in order to avoid putting her sons under any strain. Being an entertainment lawyer and a best-selling author, Phaedra Parks has sufficient resources to financially support her family.

This a #throwback from last #Easter. What a difference a year makes. This year we didn’t dress up, we didn’t even leave the house but we did do what matters the most-#together we celebrated our risen Savior with some of our favorite pastors online. The #Coronavirus has changed how we move but it hasn’t stopped us from trusting God! We prayed, praised and gave #God the glory! Thanks @josephwalker3 @lesterlove Pastor Fran @stephenbrownl & @williammurphyiii for an awesome word today! #faith over #fear #HappyEaster #happypassover 🙏🏾🐣🙌🏾

Despite being younger to her, Medina has a successful career as well. He is best known as “Quincy” From Tyler Perry’s “The Haves & The Have Nots.” With two people coming from established backgrounds and a tricky past, problems are quick to follow. But Phaedra and Medina have kept utmost faith in each other. Phaedra confesses that she sees in him a man who is “so kind, so sweet, tall, beautiful, a gentleman. I mean, it’s refreshing. It’s like a dip in a nice cool pond.” From the looks of it, they both are heading in the right direction and rest will be told by Time!