Are Rebecca and Zied From 90 Day Fiance Still Together? 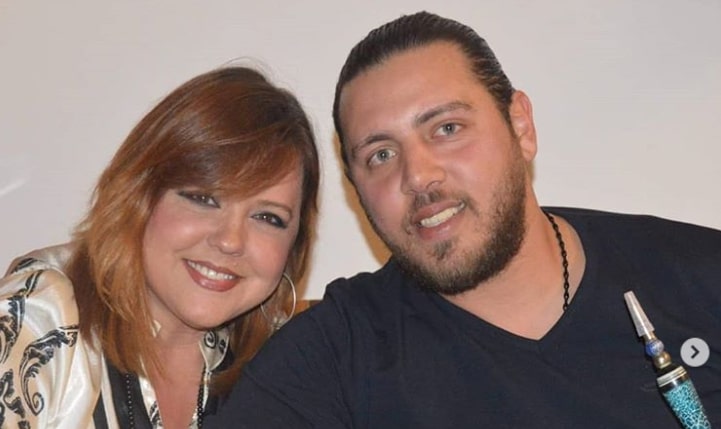 The hit reality television series ‘90 Day Fiance’ by TLC has churned out quite a few spin-offs. As successful as the original show with little tweaks in the plot, the series follows the love stories of couples divided by geographical boundaries. Rebecca and Zied featured in season 3 of ’90 Day Fiance: Before The 90 Days’ and then ’90 Day Fiance: What Now?’ Not having the easiest relationship, the couple has now been making headlines.

Rebecca, a middle-aged US citizen, met a young Zied from Tunisia online. What started as an innocent exchange of text messages and pictures soon developed into something more. The couple fell for each other and even got engaged. But, things got tense when Rebecca flew down to the country to meet Zied.

Zied, though glad, was extremely shocked to see Rebecca. He shared that the pictures Rebecca sent to him were so heavily edited that she seemed like a whole another person. Zied still accepted her as he had genuine feelings for her. Rebecca, on the other hand, was having a tough time accepting the cultural difference between them. When Zied asked her to dress a bit more conservatively, she took offense as it reminded her of her controlling ex-husband.

They fought and argued over this subject a lot, but Rebecca later calmed down and understood where Zied was coming from. She decided to respect his culture and religion and compromise on some aspects of her life. Rebecca had already been married thrice and was still in the process of getting a divorce from her third husband. Not being honest about this fact from the very start caused some tension between the two. Zied’s temper issues also caused a rift between them and Rebecca found it quite concerning.

My love @tlc_90day_rebecca You captivated me in courtship and as our lives merged into marriage, you completed my joy. ♥ On Valentine’s Day and every day, you captivate my heart and complete me. ♥ The first time I saw you, I knew we were meant to be. You are mine, Valentine, and I am forever yours.😍😍😍🤩🤩I love you very much with all my heart babyy 🥰🥰🥰🥰🥰🥰❤❤❤❤⚘⚘⚘⚘

Rebecca’s possessiveness had put a strain on their relationship, too, when she found out that Zied was receiving a lot of female fan attention. She took to social media to express her displeasure over the matter. She claimed that women were even sending their nude selfies to him.

Rebecca also felt the pressure to impress Zied’s parents. His family, especially his sister, gave her a hard time, and she wondered if things would work out. Rebecca had a lot of debt to settle, and this didn’t go down well with them. Some viewers even accused Zied of abusing Rebecca, but she denied all allegations against him.

Are Rebecca and Zied Still Together?

Yes. They are still together. After the show ended, Rebecca returned to the states to complete her divorce proceedings. She also filed the necessary paperwork required for Zied’s K-1 visa. Zied, on the other hand, completed his HVAC maintenance training and started exploring career opportunities in the USA.

Even though the couple has signed a non-disclosure contract with TLC as they might feature on more spin-offs in the future, reports suggest that the couple secretly got married. Rebecca and Zied are still pretending to be in a long-distance relationship on their respective social media accounts. But, sources revealed that Zied’s visa got approved, and he entered the country in March. The duo might have obtained their documents and gotten married in a small religious ceremony. Rumors suggest that they tied the knot in a resort in North Georgia, and their marriage was officiated by a priest on 19 April 2020.

All I need is him now, if I have to be stuck inside all day, why can’t it be with you?? 😢😢♥️♥️ This was last year on our first night together. 😢😢😢😢😢😢 #rebeccaandzied #90dayfiance #beforethe90days #ilovehimsomach ♥️♥️♥️

The couple is most probably quarantined together as their Instagram accounts hint at them being in the same home. The network might not have been able to tape their wedding due to the pandemic and travel lockdown. Hopefully, the duo recorded it themselves and will allow it to be featured on the show in the future.

Read More: Are Ed and Rosemarie Still Together?