Are Sam and Marlie From Baewatch Still Together? 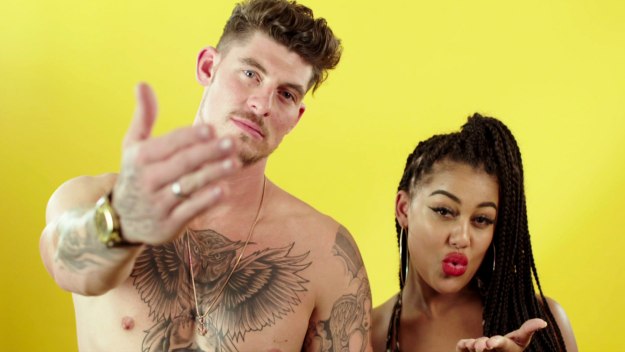 How often do parents get the opportunity to observe their children’s unfiltered behavior and confront them about it? “Baewatch: Parental Guidance” gave us just that. The first season had a total of 8 episodes, on the second of which appeared Marlie Lewis and Sam Chalenor. Marlie’s mother saw some red flags in Sam’s conduct and wanted to be sure of him before she could let her 21-years-old daughter move out with her 5 years older boyfriend. Did the couple’s budding romance stand the test of parental approval or did it succumb under the pressure? Are they still together? Let us try and answer these questions for you!

Embarrassingly, the first time Sam met Marlie, he had a girlfriend and they were at a mutual friend’s party. But it soon became “past” as they instantly hit great chemistry with each other and became the ultimate “party pair”. They had only dated for two months before featuring on “Baewatch: Parental Guidance” and till then their personalities were completely in sync. Being party lovers, they loved to spend the entire weekend boozing and dancing while other couples bored themselves to death sitting at home.

Omg I fancy him so bad it’s a joke@samchal92 ❤️ pic.twitter.com/458PMxi2sj

Marlie often shared beautiful memories of them with loving one-liners. Until Sam had walked into her life, she was living in her parents’ house and getting through with what they provided her. But he encouraged her to live an independent life and so they decided to move in together. They knew it sounded a bit hasty and rash but the couple was confident about their feelings.

His smile is literally what I live for 😍 @samchal92 pic.twitter.com/CEzhApB1RC

The couple decides to celebrate this by going on their first romantic getaway. Things begin to go awry quickly as their vacation is gatecrashed by Marlie’s mother, Bev, and aunt, Helen. They do not trust Sam a lot with their daughter and think of him as irresponsible and even a little foolish. The episode ends with the couple having an argument after drinking too much and Sam behaves carelessly about his girlfriend’s feelings. They do have some fun at the water park the next day and in the end, Marlie heartily defends Sam in front of all the elderly.

Are Sam and Marlie Still Together?

Back in the UK after filming 🎥🌊🏝🎬💃🏻☀️ pic.twitter.com/XaSy6BLRcQ

The romantic getaway definitely did not go as planned as the couple slept on different beds after having a drunken quarrel. After the filming of the show, Sam and Marlie took a short break from each other but soon started the house-hunting together. So they did not part ways right after but eventually broke up. To put it straight- “No!” they are not together anymore.

After the show was aired in 2019, Marlie put up a lot of captions that talked about self-love and acknowledging one’s worth. One of them says, “When you get asked how ya doing? … bitch better!” It clearly spoke to her fans the state of mind she must have been after they split apart and how she was struggling to get back on her feet. Except for the promotional trailer of the show “Baewatch: Parental Guidance”, she has removed all other pictures of her ex-boyfriend from her social media account. The same holds true for Sam Chaloner as he too coped with the emotional loss by erasing all traces of Marlie from his Instagram account.

How weird is it that you meet someone and be like… ye il have you. You can be my forever human. You’re my favourite. Weird but bloody great when you finally get it so right 🥰

Also, both have seemed to move on in their personal lives as Marlie is in a serious relationship with her “favorite” human in the world. Sam has also found his happiness in Jordi Leigh and the two have been quarantining together in Manchester. Though their fans saw a lot of hope in them after witnessing their faith in each other yet some problems do not have a solution and it seems that was the case with Sam and Marlie.

Stronger than ever 💪❤️

Read More: Are Andy and Kayleigh Still Together?