Are Sean and Jordi from Baewatch Still Together?

Imagine that you and your significant other go on a holiday to a beautiful resort to relax, unwind, and make a deeper connection with each other. Sounds pretty awesome, right? Well, the contestants of the show ‘Baewatch’ may just disagree with you there. You see, they also have to deal with the fact that their family has been watching every move they make with the help of hidden cameras. Sean Pratt, a social media influencer, and Jordi Leigh, a student nurse had been dating only for four weeks before appearing on the show. If you’re curious about their relationship status today, then just keep on reading.

Jordi’s mother Suzi and grandfather Brian definitely felt that Sean mostly had sex on his brain. While doing the questionnaire, Jordi said that people would have initially viewed their relationship as just a rebound, but after a month of being together, she felt that they had become “couple goals.” Jordi even said that she would want them to be engaged in six months and have kids in two years. Her family was obviously not on board with this.

Suzi felt that Jordi had started drinking a lot more after meeting Sean. The mother also found it weird that Sean said that he loved her daughter on their second date, and observed that the relationship was moving too fast. When Brian discovered that Jordi prioritized work the least, suffice it to say that he was quite worried. At dinner, when Jordi saw a particular notification on Sean’s phone, she left the premises. He had failed to tell her that he charged people to see X-rated content from him. Jordi felt hurt, and they also had an argument about it, but Sean talked himself out of it. 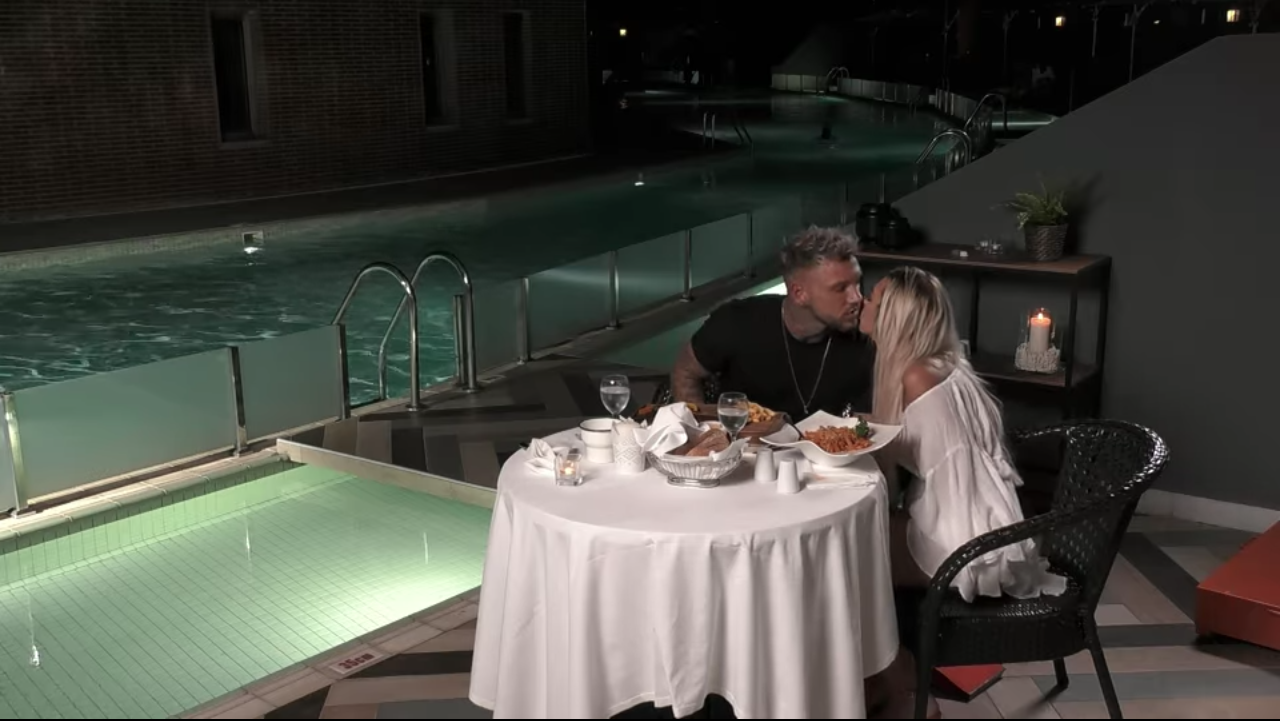 The next day, while the couple enjoyed some drinks by the pool, Jordi’s family met Sean’s mum Julie and sister Teri. Both families felt that the relationship was quite intense, especially considering its duration. Brian and Suzi also gained some more insight into Sean’s personality. When answering some questions that had been secretly posed by the families, Sean stated that he respected Jordi’s profession a lot. Jordi said that the couple would go house hunting so that they could move in together once the vacation ended. At dinner with the family, Sean cried on seeing his mum appear, and Brain and Suzi appreciated how close he was to his family. By the end, everyone got along really well, and the couple had won over each other’s families.

Are Sean and Jordi Still Together?

No, the couple is no longer together. They did date for some time after they filmed the episode. Unfortunately, Jordi was berated with cheating accusations, and their relationship ended.

Where are Sean and Jordi Now?

Sean has a new girlfriend now, and her name is Olivia Bracy. She is a model and an influencer. Sean also launched his own brand of luxury underwear made affordable. He started Blanc Menswear first, and then also released a line for women called Blanc Womenswear. Olivia has featured in a campaign and shoots for the latter. This is not his only entrepreneurial venture. He also started a clothing brand called Dévoué Paris. He works as a model, and according to his Instagram profile, he is based out of Leicestershire.

In November 2019, news outlets reported that Jordi was drunk driving and was caught by the police with 66 micrograms of alcohol in 100 milliliters of breath. For reference, the legal limit is 35 micrograms. She claimed that it was a revenge sting after the police failed to charge a man whom she had accused of sexual offenses. She said that she got behind the wheel of her car only because she felt threatened. Her lawyer stated that she was not attending the university that year due to severe anxiety, but that she was going to restart in January 2020.

When it comes to her personal life, Jordi has also moved on with her new beau named Sam Chaloner, who also seems to be an influencer. The pair had gone on vacation to Egypt, but due to the pandemic, they were unfortunately stranded there for a while. Jordi has started her own clothing business called Fiji Apparels, and it involves luxury gym, yoga, and lounge sets. She is also an influencer and a model.

Read More: Where is Baewatch Filmed?