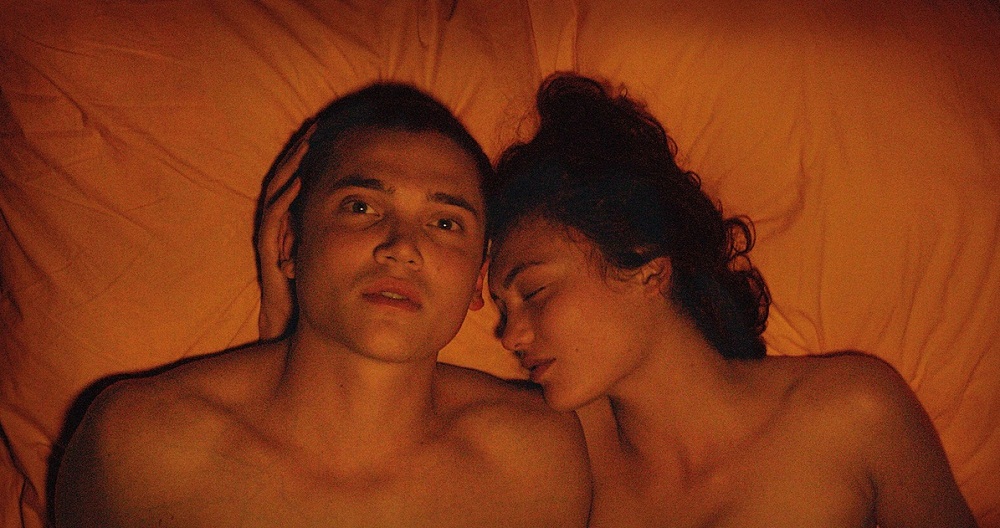 From disturbing visuals of a young man experiencing ayahuasca to depicting sex scenes that have been labeled as borderline porn, ‘Love’ is easily among some of the most controversial films of our time. We do live in an era where the graphic depiction of sex scenes in movies is not transgressive anymore but ‘Love’ very well crosses the line and makes you wonder if its sex scenes are real or fake. When the film’s lead actor Karl Glusman was asked if body doubles were used for the sex scenes, he simply quoted: “a magician never reveals his secrets.” While Glusman’s little secret will never be known, further down in this article, we’ll reveal how real are the sex scenes in ‘Love’.

Are the Sex Scenes in Love Real?

Yes, for the most part, the sex scenes in ‘Love’ are real. As confirmed by Gaspar Noé in an interview, most of the sex scenes in the film are very real while only a few of them have been simulated. In fact, many extras in the film are real porn stars, and the graphic club scene depicted in its second half was shot in an actual sex club. Since the director did not reveal which ones were simulated, it’s hard to differentiate between the ones that are genuine and the ones that are not. What he did reveal though, was the reason why he decided to depict some of the most controversial scenes on screen. To him, it does not really matter if the sex scenes of a movie are real or simulated. As long as they seem real to viewers and are able to capture the emotional depth behind the scenes, the scenes are very well legit.

Regardless of whether the scenes are simulated or real, another aspect of the movie that makes them feel real is their purpose in the overarching plot. If seen out of context, several scenes of the movie might seem titillating. However, if one comes across them while watching the entire film, it’s hard to ignore how most of them evoke a sense of sadness. Moreover, the film’s music choices also play a key role in giving these scenes an intended vibe. From Erik Satie’s Gnossienne nº 3 to John Frusciante’s Murderers, the sex scenes of the movie have some of the most scintillating background scores.