Are the Stokes Twins in Jail? [Update]

The Stokes Twins – Alan and Alex – are looking at up to four years in state prison for their part in two fake bank robberies. These YouTube celebrities, who have been making waves on TikTok, have more than 4.8 million followers and are famous for their internet pranks. Although the charges were announced on Wednesday, August 5, 2020, the alleged incidents took place in October 2019. Here’s what happened.

What Did the Stokes Twins Do? 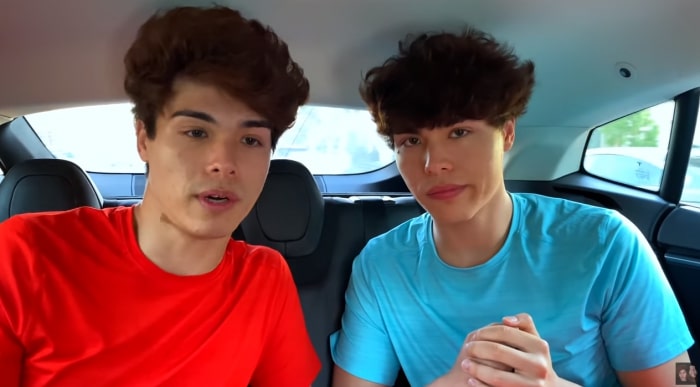 A video, which was posted on October 20, 2019, showed the 23-year-old identical brothers performing two different bank robberies in Irvine, California. The video has been deleted since then. Alan and Alex executed the prank on October 15th, when they put on ski masks and dressed in black. Carrying duffle bags of cash, the brothers pretended to rob a bank. A videographer filmed the entire act, intending to upload it to social media.

After their first robbery, the twins called an Uber. Being unaware that the entire thing was staged, the driver refused to take them. A bystander, close by, thought that the boys were carjacking the Uber driver and called the cops. Initially, they held the driver at gunpoint, believing him to be involved – until they heard the full story.

The cops initially let the twins off with a warning, but they repeated the same behavior hours later. The police were again called when the Stokes pulled off a similar prank at the University of California, Irvine, campus.

Speaking about the incident, Orange County District Attorney Todd Spitzer said that law enforcement officers have a duty to protect people. Hence, if someone calls 911 about a bank robbery, they show up immediately to try and save lives. In this case, they discovered a twisted joke which unnecessarily endangered the public and the responding officers. He continued, proclaiming angrily, that we should not brush off the actions as pranks. They are crimes where someone could have gotten seriously injured or even killed.

Are the Stokes Twins in Jail? 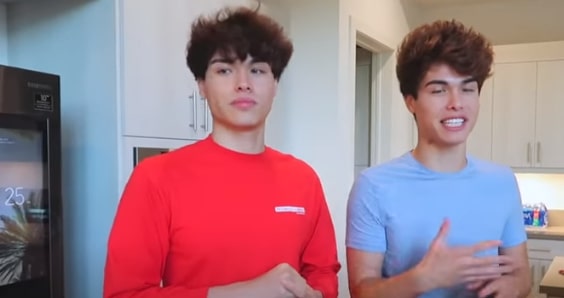 Though they got off easy the first time, authorities decided to take action when it became evident that Alan and Alex have not learned their lesson. There are no confirmed reports of whether the twins have been arrested. However, a court summons has been issued as of August 5th. They are facing one felony count of false imprisonment, effected by fraud, violence, menace, or deceit. They also face one misdemeanor count of falsely reporting an emergency in connection to the pranks in October 2019. When taken together, the charges could result in four years of jail time.

Notably, the Stokes’ second charge is commonly known as ‘swatting,’ where cops are called with reports of a fake crime or emergency, to lure them to another person’s location. In the past, swatting has turned out to be fatal for those unwittingly involved.

While the Stokes twins have not responded to the charges against them, this is not their first run-in with the law. On July 15, 2018, they posted a video about doing dares in a grocery store, as a result of which they got arrested. However, the video garnered popularity, and it seems the brothers were not charged at the time. Thus, this marks the first time they are facing severe consequences for their pranks, which will hopefully make them more cautious in the future.

“On October 15, 2019, our clients, content creators Alex and Alan Stokes, were filming a new video for their YouTube channel.  While the brothers were producing the video a bystander mistakenly believed there was an emergency and contacted the Irvine Police Department and reported that he believed a crime was taking place. This call resulted in some Irvine police officers being dispatched to the area.

Our clients have no criminal record. They have never been arrested in their lives. They have had a highly successful YouTube channel for the past three years. None of the prior creative videos they have posted on their YouTube channel (which total in excess of 124 videos) have ever been challenged or taken down for inappropriate content. The twins have 4.9 million YouTube subscribers. We strongly believe when the evidence is presented in this case it will show that our clients are not guilty of any crimes.

Alex and Alan Stokes were never arrested or even cited for these charges. They have not been required to post bail in this case and remain free from custody. There are no restrictions that have been placed upon their ability to continue to produce creative and high-quality content on their YouTube channel.”