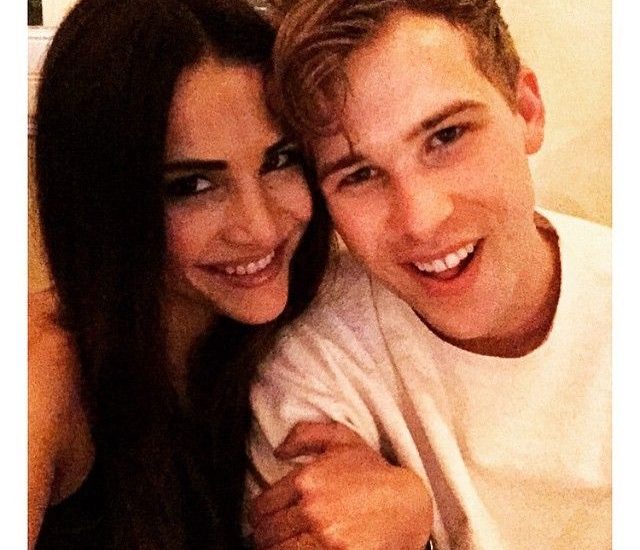 The “13 Reasons Why” fame Tommy Dorfman is directly related to the former Bachelorette Andi Dorfman. They are “cousins” as confirmed by the stars themselves in June of this year. Surprisingly, no one thought to connect the same last names, thinking it was just a coincidence. It would have remained a hidden secret had a fan not come out and asked Tommy directly on his Twitter handle. Andi came forward and replied to the thread as well authenticating the speculations around them.

In addition to the obvious, the stars also look similar in their facial features except for the color of their hair. Undeniably, the Dorfman’s have ‘beauty’ genes running in their family and this is apparent by looking at Andi as well as Tommy Dorfman.

Andi Dorfman has been in the entertainment industry for almost two decades. She became a household name after starring in the 10th season of famous dating series “The Bachelorette” and from the controversies that followed from her link-ups with the season’s winner Josh Murray and the runner-up Nick Viall. She used her experiences to author the book “It’s Not Okay: Turning Heartbreak into Happily Never After” which turned her into a New York Times bestselling Author in 2016. She has recently started running marathons and motivating her fans to do the same by using the hashtag #andorfins.

Why I run: because running makes me feel like I’ve got life figured out. I don’t. But it makes me feel that way 💁🏻‍♀️ What’s YOUR reason? Let’s hear it, comment below! ⁣ ⁣ Also, major shoutout to @madelame for this set and her collection she did with @fabletics . Super super cute! Girly meets kick ass 💪🏻 #whyirun #andorfins #fableticsambassador #runnersofinstagram

While her cousin, Tommy Dorfman made it to the top in a comparatively shorter period, they had their obstacles to overcome. They have gained much admiration for the astounding performances in shows like “Love in the Time of Corona” and “13 Reasons Why”. In the latter, he plays the role of a gay poet, Ryan Shaver, which narrates the story of a high schooler, Hannah Baker, who commits suicide and records in an audiotape her 13 reasons for taking such a dreadful step.

Andi Dorfman shared Tommy’s massively successful series on her Twitter handle. In May 2015 Tommy shared a picture with their cousin on the Instagram account but the link is now unavailable as the account was started afresh in 2016. The two have been seen together at a couple of events like New York Fashion Week in February 2020. They also appreciate and celebrate each other’s successes in their accounts. 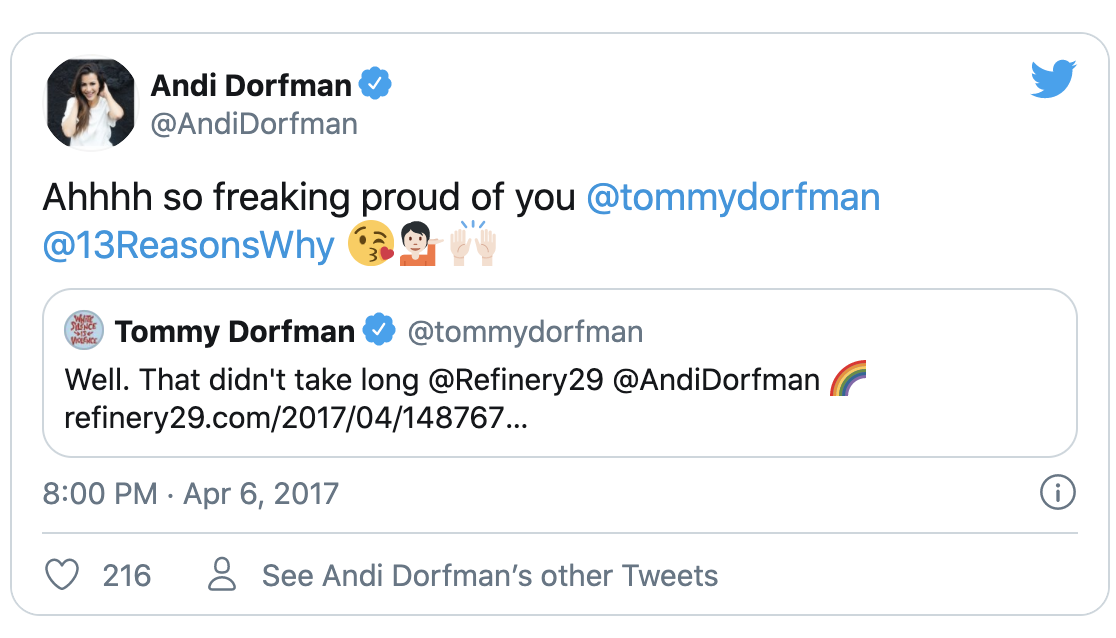