Will There be a You Afraid of the Dark Season 2 on Nickelodeon? 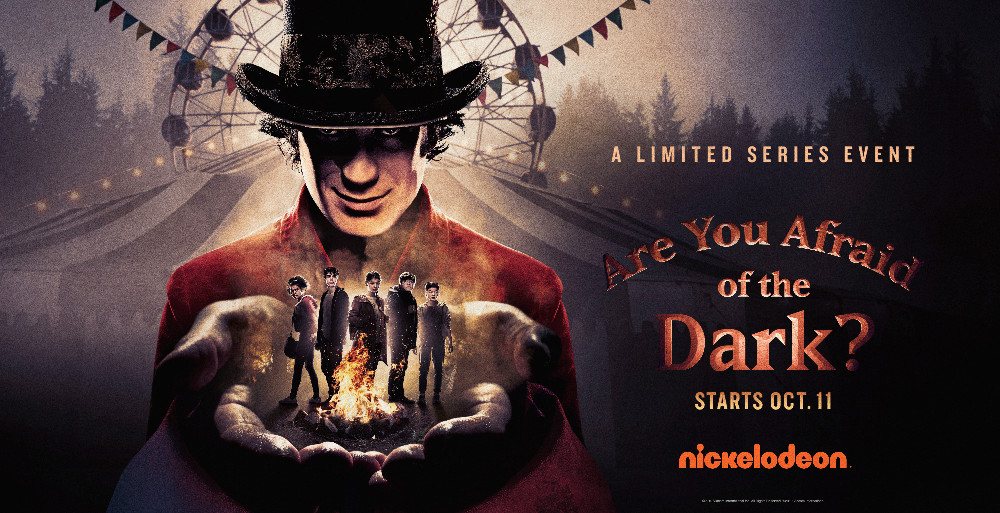 Nickelodeon’s ‘Are You Afraid of the Dark’ is a reboot of the eponymous, hit, cult-classic tv show, which released in 1990. An anthology horror series, the original title aired from 1990 to 1996 and then again from 1999 to 2000. It follows the members of the fictional Midnight Society who gather around a campfire and tell one another scary stories. These tales can be anything, ranging from urban and folklore legends to incidents about ghosts, werewolves, vampires, witches, and others. The storyteller begins by sprinkling a handful of midnight dust into the fire in the woods, before narrating the tale, in order to add a special dramatic effect. The rest of the episode re-enacts the various events detailed in the story.

Following this same premise is the Nickelodeon show, ‘Are You Afraid of the Dark? The series is about a group of teens telling chilling tales to each other while seated around a burning campfire. However, things take a bizarre turn when these events come to life. The miniseries, which is a re-imagined version of the 1990s classic especially curated for the new generation, is written by Ben David Grabinski and directed by Dean Israelite.

After a successful first season, the question is: will there be a You Afraid of the Dark season 2?

Are You Afraid of the Dark? Cast: Who is in it?

‘Are You Afraid of the Dark’ features an all-new Midnight Society with new members. They are Rachel, portrayed by Lyliana Wray (‘Top Gun: Maverick’); Gavin, played by Sam Ashe Arnold (‘Best.Worst.Weekend.Ever.’); Akiko, enacted by Miya Cech (‘Rim of the World’, ‘Always Be My Maybe’); Graham, played by Jeremy Taylor (‘IT: Chapter Two‘, ‘Goosebumps 2: Haunted Halloween’); and Louise, portrayed by Tamara Smart (‘Artemis Fowl’, ‘The Worst Witch‘). Joining the cast as The Carnival of Doom’s ringmaster, Mr. Tophat, is Rafael Casal (‘Blindspotting’).

Are You Afraid of the Dark? Plot: What is it about?

In the original version of ‘Are You Afraid of the Dark’, we witness a certain crew of teens who call themselves the Midnight Society. They gather in a secret, secluded location in the forest, with each member narrating one creepy tale to the rest of the group. Viewers get to see the dramatized version of the story on the screen. These accounts, that cover different types of paranormal phenomena, can be inspired by legends, experiences, or folklore. While some episodes give audiences a happy ending, others end in a twist or open conclusions. After the night’s session, one member puts out the fire by pouring a bucket of water and saying: “I declare this meeting of the Midnight Society closed”. The group then scatters, with each of the members returning to their respective destinations.

‘Are You Afraid of the Dark’: the reboot, embraces a similar trope and revolves around the members of the newly assembled Midnight Society, with one of the teens telling the terribly scary story of the Carnival of Doom and its wicked ringmaster Mr. Tophat. But what was supposed to be only a story becomes even more terrifying when the events in the tale transform frightfully to life. The members now need to band together and embark on a nightmarish, adventure-packed quest in order to stop whatever awaits them.

Introducing a bit of the twist to the original series, the rebooted counterpart of ‘Are You Afraid of the Dark’ is scarier since a fictional tale becomes a part of the Midnight Society’s lives in reality. Rachel recounts a dream which she had been having repeatedly — that involves Mr. Top Hat and the Carnival of Doom. Hence, she decides to narrate her nightmare in front of her friends. Little did she show that an actual Carnival of Doom would actually arrive in town — and bring with it several evil figures, all forming parts of the teens’ worst imaginations. The youngsters, along the way, need to devise plans as they engage in a supernatural battle to win against the paranormal monsters, which they have somehow conjured from their deepest fears.

Are You Afraid of the Dark Release Date: When will it premiere?

‘Are You Afraid of the Dark’ season 1 premiered on Nickelodeon on October 11, 2019. It released as a three-part miniseries that ended on October 25, 2019.

As far as the next season goes, what we know is that the show was conceived as a miniseries. Which means, the chances of another season is almost close to zero. Still, if we come to know about ‘Are You Afraid of the Dark’ season 2 release date, we will update this section.

Are You Afraid of the Dark Trailer:

You can check out the official teaser trailer for ‘Are You Afraid of the Dark?’ season 1 below: