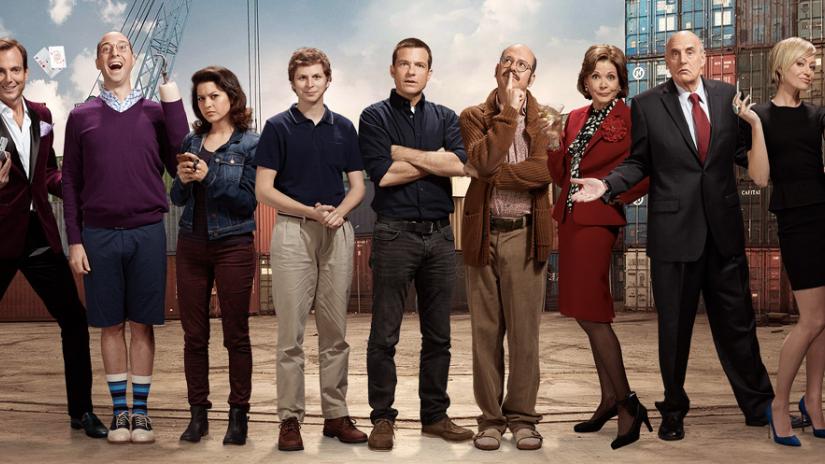 Situational comedy is a popular genre among audiences across the world, and Netflix’s ‘Arrested Development’ adopts the sitcom format to bring to viewers a hilarious comedy that has admittedly lost its charm of late. The show is created by Mitchell Hurwitz and has successfully aired for five seasons, but a sixth season remains a big question mark. The award-winning series was aired by Fox from 2003 to 2006 and later, the rights were bought by Netflix.

Arrested Development Season 6 Cast: Who is in it?

‘Arrested Development’ is about the wealthy Bluth family, and understandably, the members of the family comprise the main characters of the show. Leading the pack is the show’s straight man, Michael Bluth. Played by Jason Bateman, Michael is a widowed single father who always tries to be on the right side of things, and struggles to hold his family together despite the Bluth family’s idiosyncrasies. Michael’s son George is played by Michael Cera, and like his father, George, too is a decent human being. However, in the show, he develops a crush on his cousin, Maeby Fünke (played by Alia Shawkat) and this crush results in quite the hilarity.

Arrested Development Season 6: What is it about?

The plot of the sitcom revolves around the adventures and misadventures of the Bluth family, which are painted by each character’s idiosyncrasies and personal agendas. While Michael tries his level best to hold the family together, his efforts are often marred by the selfishness and manipulativeness of other members in his family.

A thorn in Michael’s side is his father and patriarch, George Sr. A corrupt real estate developer who is arrested in the first episode, George Sr. continues to plague Michael as he struggles to manipulate and control the Bluth family despite his imprisonment. He also goes to great lengths to try and evade justice. Michael’s mother, Lucille, doesn’t make Michael’s life easier either. Always drinking alcohol, Lucille is a selfish and manipulative woman who tries to manipulate her family to achieve her own ends. Her hypercritical opinions about other family members are often a source of discord within the Bluth family, and she often manipulates mother’s boy Bryon for her own ends.

Michael’s older brother Gob is by no means an angel either. An unsuccessful magician whose business ventures are almost always doomed to fail, Gob takes his frustration out by breathing down Michael’s neck as he tries to compete with him over women. Gob is also quite the bully, and often exerts his power over Byron, despite the latter’s dependency issues and proneness to panic attacks.

Yet, despite these issues, Michael takes every possible step to try to ensure that the Bluth family continues to live under the same roof. Through the five seasons of ‘Arrested Development’, viewers follow the drama that frequently unfolds in the Bluth family, as members continue to live large and extravagantly despite changed circumstances and dwindling fortunes.

The conflicts within the Bluth family often result in hilarity, and as a result, the show is quite popular among audiences across the world – it enjoys an impressive rating of 8.9/10 on IMDb. While television critics aren’t head over heels over the show, they, too, have given fairly positive feedback – the show enjoys an overall score of 76% on Rotten Tomatoes. It should be noted here that the score ‘Arrested Development’ enjoys on Rotten Tomatoes is largely owing to the strength of its first three seasons, which received scores of 100%, 94%, and 100%, respectively. Season 4, too, doesn’t fare too badly, and enjoys a score 79%. Season 5, however, falls way short of the mark, and has a score of 61%.

Now, the question is whether Netflix is considering a Season 6. However, the answer to that is quite dicey. While Netflix has made no official announcement about the same, cast members have hinted at the fact that the show could see its end after the conclusion of Season 5. Therefore, till Netflix gives us a clue about its plans for ‘Arrested Development’, it’s best that you don’t keep your hopes up. We will update this section if we receive any official confirmation about ‘Arrested Development’ season 6, or its (highly likely) cancellation. So, do check back from time to time.

When Will RuPaul’s Drag Race S12 Air on VH1?

When Will ‘Altered Carbon’ be Back on Netflix?

Here Are All The Details of ‘Homeland’ S08

When Will Top Gear S28 Come Out on BBC America?