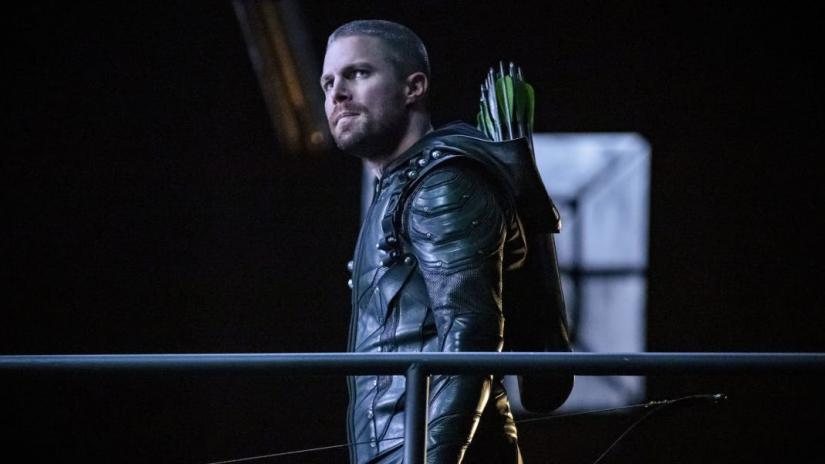 Superhero shows are always fascinating, managing to draw in a large audience. This is primarily because we look up to heroes and how they save the day. While Marvel might be dominating the film world, DC has long been producing good content when it comes to television shows. ‘Arrow‘ is a prime example of DC’s caliber in putting out crowd pullers.

Superheroes have different origin stories, but they do follow a certain formula. The rich guy who is transformed into a superhero due to a personal tragedy was most popularized by Batman. However, Arrow’s origin story is more closely echoed in Marvel’s Iron Fist.

Our protagonist, Oliver Quinn, ends up being shipwrecked on an island. There, he trains and masters the art of archery. After some time elapses since his disappearance, the man shows up to his hometown, Starling City or Star City. Despite his considerable resources and family influence, Oliver finds it hard to stem crime and corruption that has blackened the heart of his city.

As a result, he does what every rich character with a conscience does in superhero comics. Instead of addressing the root cause of crime, he decides to dress up as a vigilante and stop it, using a bow and arrow as his preferred weapon. Over the seasons he has been joined by others, and with the popularity of ‘Arrow’, the show has also gotten crossovers with other heroes like Flash and Supergirl.

In fact, the latest ‘Arrow’ episode is a part of the ‘Crisis on Infinite Earths’ series, which brings the DC heroes together. Naturally, you might be wondering about what went down in this episode. We are here to tell you that right after we tell you about where and when to stream the upcoming episode.

‘Arrow’ Season 8 Episode 9 is slated to release on Tuesday, January 21, 2020, at 8 PM ET on The CW. Titled ‘Green Arrow & the Canaries’, the episode deals with Mia Queen, who has life going her way, before Laurel and Dinah show up, as things take a shocking turn. The two seem to be tracking a kidnapping victim directly tied to Mia.

‘Arrow’ is aired on The CW, so the simplest way to watch it would be to use a cable subscription. If you do not have one, you can always head to The CW site, and stream the episodes. Cord cutters are on the rise and provisions have been made for them including Fubo TV and YouTube Tv. You can also purchase and stream the episodes, or the entire season on Amazon Prime.

You can watch the promo of the upcoming ‘Arrow’ episode right here. It is evident that Mia is ready to step up to the task and Star City might just see some more heroic actions. With just two episodes left, things are bound to get heated up.

The episode starts on Planet Maltus in the past, as we see Mar Novu planning to jump to the dawn of time. The scene soon shifts to the Vanishing Point, where we see the Paragons struggling. Lex and Supergirl seem to have some tricks up their sleeve, but the teleportation device does not work. Barry also tries to enter the Speed Force, but to no avail. It seems that they are stuck.

As for Oliver, he becomes the Spectre after a montage of fights. It is up to him to fight Anti-Monitor. Oliver plans to team up with his friends to achieve this, telling them that Barry had the right idea about using the Speed Force to escape.

They quickly formulate a plan, where the team is divided into two. One goes to Maltus to stop the catastrophic event from happening, while the other has to face Anti-Monitor. What lies at stake is the Multiverse itself. As usual, Lex is up to his shenanigans and plans on world domination. However, Supergirl stops him, but it turns out that their expedition to Maltus does not yield the desired results.

Oliver and Anti-Monitor go up against each other, for a battle over the existence of reality itself. The idea is that the good guys will hold the line, allowing the new universe to be birthed, which will then have to be properly built by the survivors. In this ultimate battle, Oliver sacrifices his life and is at peace at last. There is an emotional farewell, as the ‘Arrow’ chapter of ‘Crisis on Infinite Earths’ comes to a close.