Is Ashlee and Evan Season 2 Happening or is it Cancelled? 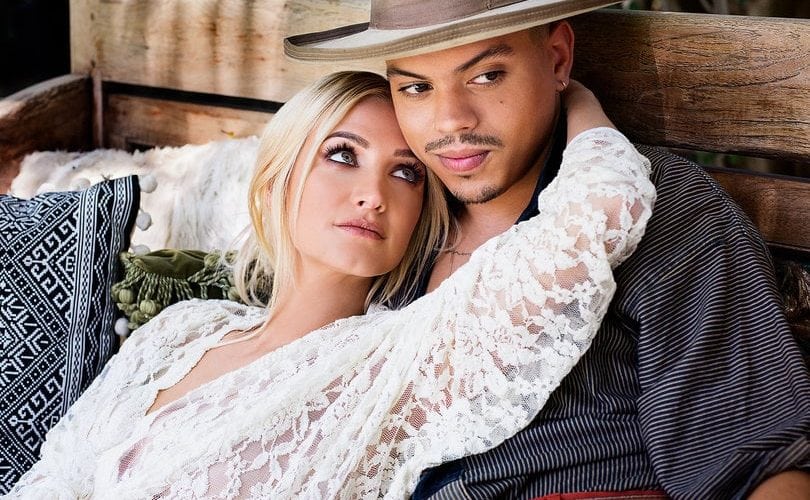 The marked entry of the reality TV boom back in the ’90s was, (even amidst the tide of game shows and the more refined ‘America’s Got Talent’ wannabes) unsurprisingly, the many clones of Big Brother clones it had spawned. This would pave the way for reality TV and its evolution in the twenty-first century. Today, reality TV has stepped into the space of vlogs and personal storytelling through the structures and tropes of the silver screen. ‘Ashlee and Evan’ is a show that tugs on the same thread as ‘Keeping Up With The Kardashians’. It is a show on E! that follows the daily lives of the couples Ashlee Simpsons and Evan Ross.

What is Ashlee and Evan About?

The idea behind the original Big Brother would seem ridiculous before it was put into execution: it was based on the precept that natural conversation developing among strangers would make for a good substitute of the mediocre-level scriptwriting that was then the standard for scripted TV.

In result, however, it would only walk over the terrapin of a fine line between social experiments and the propensity to pick predominantly shallow and aggressive contestants for your shows – so that it automatically brings in the spice of drama. This had become the trademark of the new-age reality TV for quite some time; cut-throat competition and budding rivalries became the name of the game both in unscripted talent shows and ‘unscripted’ Big Brother-inspired shows.

Soon afterwards, though, this also got blended with celebrity culture, and voila, we have ‘Hogan Knows Best’, ‘Keeping Up With The Kardashians’ and so on. However, these shows (a close deterrent of which would be The Real Housewives franchise) have eventually shapeshifted from giving birth to the so-called Z-list celebs into a TV alternative of the vlogging scene – albeit clinging on to many of its predilections.

After the Kardashians, E! has yet kept to its celeb shows venture, and ‘Ashley and Evans’ is its most recent product. In theory, it sets them apart from the often cringe-worthy goings-on of the Kardashian-hogging show. But in practice, the show was slotted right after ‘Keeping Up With The Kardashians’, and it turned out to be as generic as the precedent that sets.

Although, to be fair, between the show-reel antics and hijinks of the popstar-duo seems to lie the core of a genuine vlog about the very human trials and tribulations they, too, have to face. A classic example is the show’s common theme: their attempts to balance their lives as parents with their career. Throw into the mix the dynamics of Evan wanting to take up another acting job and Ashlee demanding that they make a return to the music industry as a duo (like old times), and you have the backbone for a whole two-cour show worth of drama. The show also syncs its episodes with the gradual unveiling of their new albums, with the glimpse into new singles here and there. Whether or not the critics will take a dim view of Ashley and Evans as a marketing stunt in this context is uncertain, but the show does have the ammunition to go on for another season.

Ashlee and Evan Cast: Who is in it?

Ashlee and Evan is a show about the lives and trials of the eponymous duo, so they are obviously also the primary stars in it – and if there was to be a second season, this would not change. Musicians Ashlee Simpson and Evan Ross (son of Diane Ross) has become known in unison rather than individually (stylized Ashlee+Evan), as the show’s backdrop is the release of their six-season album, which is also their debut as a duet.

Ashlee and Evans season 1 premiered on September 9, 2018. The show was originally greenlit by E! by early 2018. It had a fairly cohesive 6-episode run. The production time seemed to be fairly small and flexible, so it appeared release schedules would not be a problem if the network decided to go on for another season.

Moreover, the popstar duo was financially well-off enough to keep ambitions for doing a couple more seasons but on the viewership front, the series didn’t rake in good enough numbers – even its most-watched episode recorded only 540,000 viewers. Despite rumours of cancellation looming large since the first season ended, neither had made a comment on the subject. However, on September 16, 2019, it was reported that Ashlee and Evans season 2 had been cancelled.

Simpson spoke to a publication regarding their plans for the future, “We are not doing that anymore. We had so much fun doing it, but we’re both working on our own projects and we’re literally there with each other every day.”

You can always watch the episodes from season 1 if you still have not caught up with the show. Here is a sneak peek into the debut season.