Are Ashley and Jay From 90 Day Fiance Still Together? 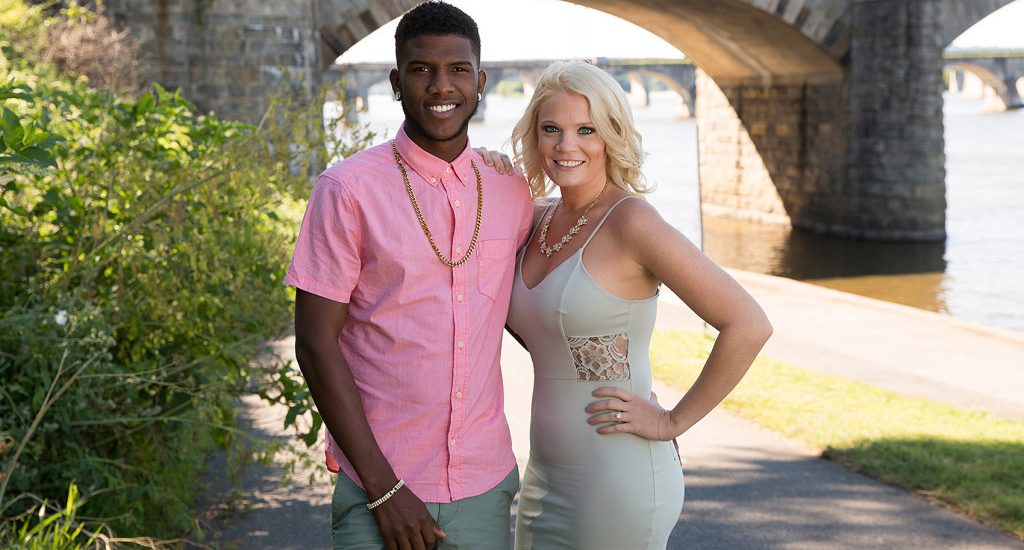 With romance, cultural differences, petty arguments, hypocrisy, and scams being at the center stage, ‘90 Day Fiance‘ has been a roller coaster ride for the fans ever since its premiere in 2014. The concept of it is quite simple, cameras follow international couples as they embark on the journey of getting married in America in the 90 days allotted to them by the K-1 visa, which is a unique visa given to the foreign fiances.

Because of the show’s popularity, it has become a franchise with a total of seven spin-offs. So, it’s also natural that the couples who have been featured on it are remembered for a long time as well. Ashley Martson and Jay Smith, whose relationship we got to see in season 6 of the series is one such couple.

Ashley Martson, from Mechanicsburg, Pennsylvania, met Jay Smith while she was vacationing at a resort in Port Maria, Jamaica, Jay’s hometown, for a friend’s wedding. Despite their massive age gap, the two connected and developed a relationship like no other. Ashley thought that she had found the one for her, so even after she returned to America, she and Jay stayed in touch and continued to get to know each other.

Six months later, she went to see him again, and he got down on one knee to propose to her. Since Ashley already had two kids from a previous relationship and a lot of responsibilities, they decided that it would be best if Jay moved to Pennsylvania to be with her. When he arrived in America to start the rest of his life, he was around 20 years old, so their relationship was, in no way, an easy one.

Apart from their arguments about the usual things like cultural shock and lifestyle changes, the couple also struggled with racism. They had an amazing wedding ceremony and reception planned in Pennsylvania, but due to the hoards of racist comments that surfaced on their wedding website, they had to cancel everything. Eventually, they tied the knot in Las Vegas in April 2018. However, shortly after that, their relationship took a turn, as Ashley discovered that Jay had downloaded Tinder.

Are Ashley and Jay Still Together?

Despite a lot of ups and downs, yes, Ashley and Jay are, in fact, still together. After the whole Tinder fiasco, Ashley filed for divorce on January 11, 2019, just to change her mind and stop the proceedings a couple of weeks later. Unfortunately, things didn’t improve for the couple as Jay soon went back to his old ways. With his infidelity being the last straw for her, the couple separated in the fall of 2019, and Ashley filed for divorce again.

She even took out a protection from abuse order against Jay, that he broke, which resulted in him being detained by Immigration and Customs Enforcement (ICE) for a month. Nevertheless, even after all of this, in March of 2020, the couple reconciled and started their relationship right from where they had left off. They ripped up their divorce papers and Ashley changed her name to Ashley Smith.

Ashley confirmed that the couples on and off relationship was on again by doing the famous flip the switch challenge on her TikTok. She even uploaded that video on her Instagram for all the 90-day fans to see. She captioned it saying, “Damn, maybe this quarantine isn’t so bad after all” making it clear that she and Jay are spending their time living together during this global pandemic.

In a video uploaded on their combined YouTube channel on March 26, 2020, Ashley and Jay even talk about their relationship, their future, and plans for starting a family, making it evident that they are serious about making it last. Though their romance has not been the most conventional, they do look extremely happy right now.

Read More: Are Jonathan and Fernanda From 90 Day Fiance Still Together?