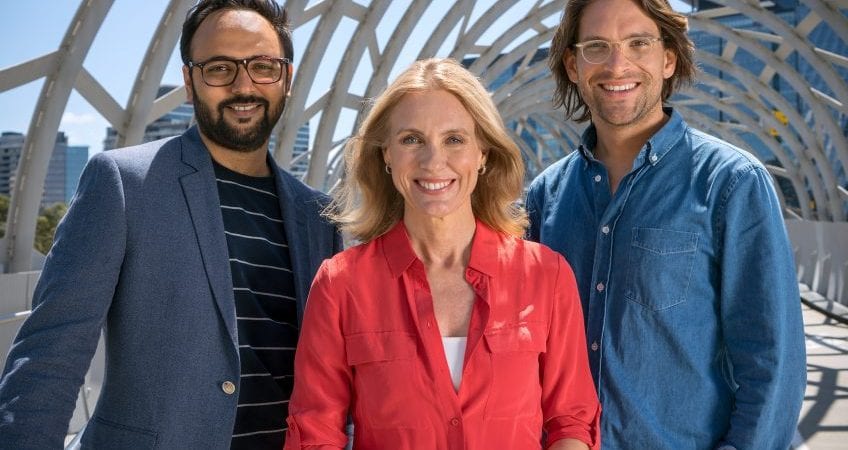 It is almost universal public knowledge that everything on the Telly that is not fiction neither news (or by extension talk shows) fall mostly in the category of reality TV. ‘Reality TV’ can often be a contradiction in terms, and nor is it very curtly definable under any given circumstance. In general, we can differentiate between reality TV, forming the bulk of today’s commercial TV genres, and documentary-oriented TV, which are more for a factual basis and purpose. The latter stays restricted within the plateau of apparently no-frills documentary shows like the multi-episode specials that surface on the mainline Discovery or NatGeo once in a while. ABC, while it falls more under the scope of a mainstream entertainment media, does offer some extent of these ‘factual shows’ which attempt to inform rather than entertain, or so it used to, until the network decided to downgrade and then replace its long-running science magazine show ‘Catalyst’ with multiple hour-long documentary specials in 2017 – a pledge that was inevitably broken, as it was unrealistic to expect that many new hour-long documentaries under short notice.

ABC’s projected showreel failed even though it hired Aiden Laverty as the executive producer, who was formerly associated with Horizon (the flagship science program on BBC). Anyhow, ‘Ask The Doctor’ was initially an attempt to band-aid the proverbial wound of being unable to complete their Catalyst revamp as they had expected in 2017. However, ‘Ask The Doctor’ did manage to become a great show on its own right, the context notwithstanding. Although gimmicky at times, it often strikes the right pose to balance being informative without being pedantic, and maintaining an entertaining outset without letting it overwhelm the show’s core.

Ask The Doctor Season 3 Cast: Who’s in it?

The show does not attempt to piggyback its ride on star power alone, which is why the casters have interestingly decided to go with a fresh set of faces than recycling already familiar narrators or hosts. ‘Ask The Doctor’, living up to its name, is presented by three doctors – sometimes collaboratively, other times in miniscule shots where they inform, guide, and entertain on their own. Dr Renee Lim, Dr Shalin Naik, and Dr Sandro Demaio are newbies to the TV scene, but they surprisingly come off as great presenters who do well to keep the viewer hooked. Other than their sometimes quirky and colourful personalities, it also helps that they are also real-life medical experts on the practice field – Demaio is a Public Health expert, Dr Lim is a medical practitioner, and Dr Naik is a professional in research of medicine. So far, they have been excellent as hosts in the two seasons (eighteen episodes), and we are all but certain that they will make a return to carry the show forward if a third season airs.

Ask The Doctor Season 3 Plot: What is it about?

Ask The Doctor makes its motto known in the title itself: the show attempts to dispel some myths about medicine, fitness, illnesses, and health in general while presenting a number of often-discussed public health nuisances and common health issues – including obesity and depression. They do take a reasonably insightful look into these subject matters, but rather than being heavy-handed in tone, it often becomes campy and goofy to keep things interesting and less gloom and doom (within reasonable barriers, of course). The show mostly organizes itself into clusters of information in bite-sized ‘sketches’, graphics-based explanation, and short interview sessions with experts and patients – who are also more humanized rather than being elements of an impersonal down-to-business information centre churning out information and insights.

Ask The Doctor Season 3 Release Date: When will it premiere?

After the reasonably good reception of its debut season in 2017, the producers saw it fit to greenlight the show for another season shortly afterwards. The second season aired roughly the same time next year, although it was shortened to six episodes from twelve. Going by the pattern, we can expect another six-episode season (which makes it a compact, sustainable format) by fall 2019, since the show leaves room for more information and more things to be addressed. However, we have so far received no news of renewal for the same yet, and so the air dates for season 3 remain TBD.

Since there have not been any updates on a new season on the producers’ or network’s account till date, we can safely assume that production is not going to start for another season any time soon. On top of no confirmation so far, this also leaves us with no teasers, trailers, or other promo materials to point us towards the direction a third season might shape up to take. So what remains for the fans of the show is to wait for official announcements regarding the future of the show, keep their fingers crossed, and meanwhile watch reruns of the already released season, which sometimes are broadcasted on ABC. Alternately, the show is also available on Netflix if you want to stream it online. The quashed contention for a prospective new season to drop soon also means that this is a great time to get up to speed and dig into the show if you were planning to watch it. If you want to get a sneak peek into it beforehand, you can get it here on ABC’s official youtube handle.