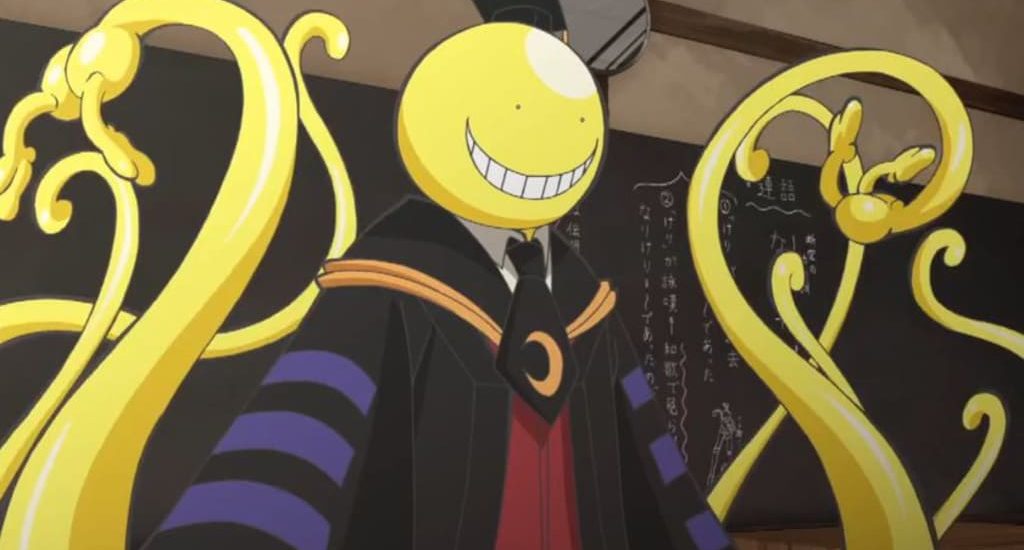 ‘Assassination Classroom‘, as the name suggests, is about a classroom where students learn to assassinate, but along with that, they also assassinate to learn. That might sound a bit confusing but it makes a lot of sense once you watch the show. The show has a very typical high school setting but its story is one of the most original and unique manga/anime stories out there. With its simplistic yet engaging plot, it will not only make you laugh but will also give you some unforgettable heart touching moments. It also involves several allegories that revolve around self-acceptance and also, the role of a good teacher in one’s life. Apart from that, every individual episode has its own set of underlying didactic and moral powerful life lessons that you can apply in real life.

When it comes to its characters, the show takes a big risk by involving way too many characters in its limited runtime. But somehow, it still manages to balance out its screentime by emphasizing on the ones who play a key role in context with the overarching plot. Overall, ‘Assassination Classroom‘ is the kind of show that diverges from the norms of most anime these days and it presents a story that is both, original and creative. There are several intriguing arcs and suspenseful moments in the show that subtly unfold its deep story. For the most part of it, the show is pretty linear and direct about everything, but there are certain parts of it that can get a little confusing. So we’ll break down each of these potentially confusing arcs of its story so that you can get a better understanding of this masterpiece. 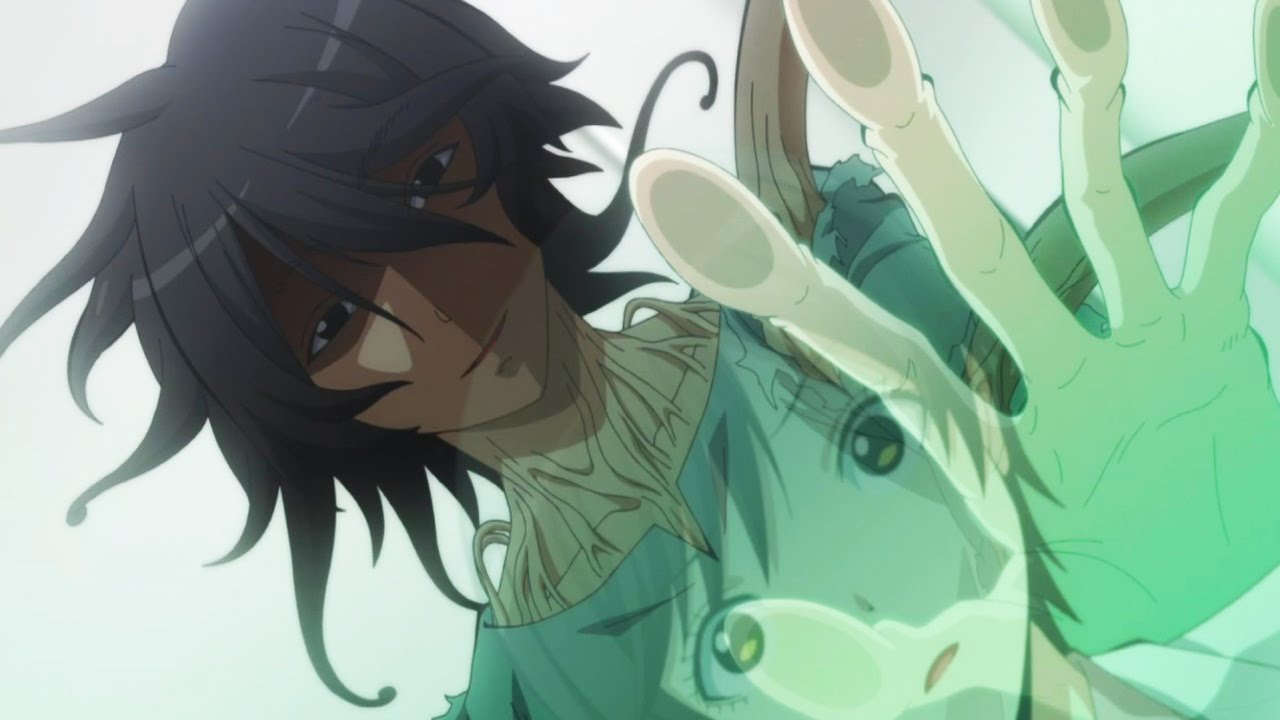 Currently known as Koro-Sensei, the octopus-like homeroom teacher of class 3-E, was once a normal person. He was born in a very corrupt slum of an unknown city. After growing up in a very harsh environment where he knew he could not trust anyone, he decided to become an assassin. After being really good at what he did, he soon became the master assassin known as “The Reaper”. Later, after he assassinated a wealthy businessman, his child somehow became drawn to Koro’s expertise and killing perfection. In response to this, “The Reaper” decides to take him under him and trains him to become an assassin like him.

But much later, the apprentice betrayed The Reaper and took over his title as an assassin. Meanwhile, The Reaper got captured and was locked up in a very shady research lab run by Kotaro Yanagisawa. The motive of this research lab was to create large amounts of anti-matter. During his imprisonment, The Reaper met Aguri Yukimura, Yanagisawa’s wife, for the first time and quickly befriended her. The lab continued to test his body to its absolute limits and during all of this, the only one to support him was Aguri. They got closer and The Reaper would often help her compile questions for her class. This is where his love for teaching was sparked.

Yanagisawa and the researchers began questioning what would happen to Koro’s anti-matter after he died. So in order to test this out, they conducted the same experiments on a rat and sent it to the moon. To their surprise, after the rat’s death, a volatile chain reaction was created in its body. This chain reaction turned 70% of the moon’s matter into anti-matter. This explains how Koro Sensei was not responsible for destroying the moon. After running calculations, the researchers realized that Koro will soon meet the same fate and will eventually destroy Earth. After Aguri tells him all about this, he decides to unleash havoc over the whole facility just to protect her.

Why does Koro-Sensei Teach Class 3-E? 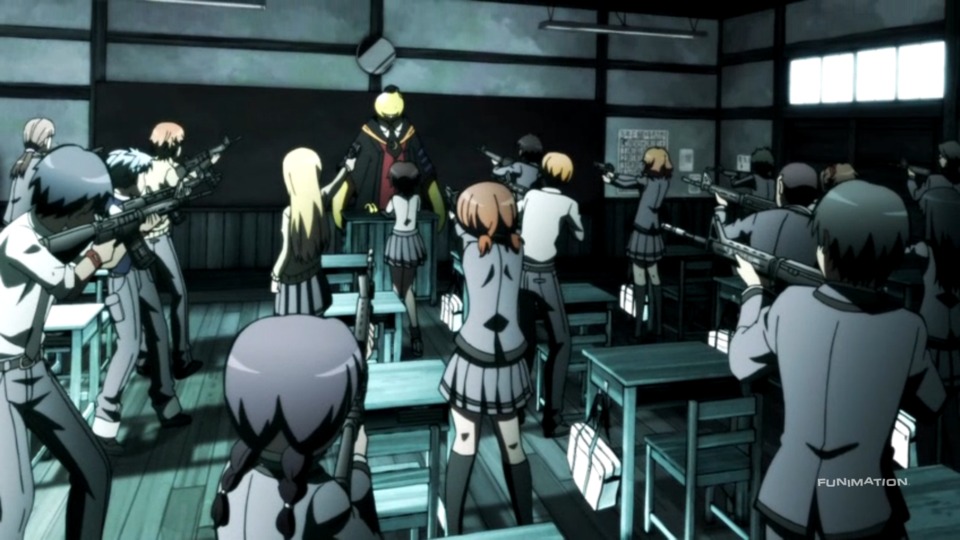 While Koro destroys the whole lab, Aguri gets fatally injured and during her last few moments with Koro, she tells him that he is capable of doing a lot more. Before dying, after seeing his potential as a teacher, she finally wishes that he should teach her class. It turns out that the class she was teaching all this while, was the class 3-E from the present events of the anime. Now in order to fulfill Aguri’s last wish, Koro tells all the world leaders that he destroyed the moon even when he did not. And most people are convinced by this because he possesses supernatural abilities and also looks like a weird monster after all those tests performed on him. He uses this to blackmail all the leaders and tells them that he’ll only destroy the world after he gets to teach class 3-E. The leaders see this as an opportunity to kill him, but little do they know that it’s exactly what he wants.

Initially in the anime, you’re forced to believe that Koro-Sensei is somewhat of an antagonist who will eventually destroy the planet. But there are many instances where he himself shows no interest in all the assassinations that are being plotted against him. Instead, he just shows a lot of passion for his teaching and focuses on connecting with his students. This is the reason why, after a certain point, even his students start questioning his intentions. From the beginning itself, Koro-Sensei knew that he would be dying within a year’s span because of all the experiments that have been performed on him. To make his last few days count, he just wanted to do something that mattered to him after spending his entire life being an assassin.

Somewhere around the end, Kataro Yanagisawa returns and this time around, he seems to be determined to get his revenge from Koro-Sensei. It’s Kataro who is actually the overarching antagonist of the series because he made Koro-Sense what he is and he was the one responsible for destroying 70% of the moon. Kataro loses his mind and just to kill Koro, he decides to become a tentacle monster himself. In the last few episodes of the series, a brutal battle between Koro-Sensei and Kataro ensues and though Koro-Sensei manages to defeat Reaper 2.0, he is left in a very weak state. This is when he finally announces to the class that it’s time for them to kill him. Nagisa steps forward, but this time, he almost has tears in his eyes. Koro-Sensei asks him to do it with a smile and announces his final farewell to the class. He is then stabbed by Nagisa and his body dissipates into many particles of yellowish light.

The ending shows that Koro-Sensei always wanted to be killed before he could prove to be of any threat to the planet. In fact, by killing Reaper 2.0, he actually did a favor to the people of Earth. So in the end, the man, or should I say, creature, who was seemingly the villain of the story, was actually the hero. Koro-Sensei not only makes the best out of his last few days on Earth but also manages to inspire his students to be better people.

Akin to the old saying “what you see on the outside, does not necessarily reflect on the inside”, ‘Assassination Classroom’ is a lot more than a silly comedy that, beneath its goofy yellowish exterior, presents a story that emphasizes on the role that strong mentors play in the lives of young students.