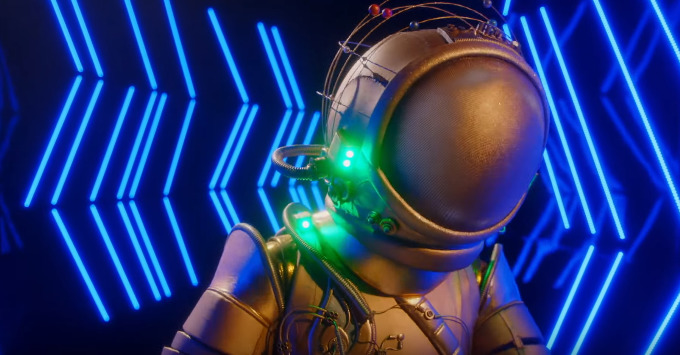 Among the performers in ‘The Masked Singer’ Season 3, Astronaut has been consistently good. He has weaved a fine narrative along with his performances. We learn how Astronaut’s looking to make a comeback on the stage after spending time out of the spotlight. He has the vocal prowess to leave a mark, and while Astronaut has not been the most energetic performer, his voice has seen him through the group stages.

The Super Nine round also witnessed Astronaut’s prowess, and now we will see him in the upcoming Smackdown round. Undoubtedly, he will be looking to make his mark. Astronaut’s clues have been quite revealing in the meanwhile, giving us a good idea about who this masked singer might be. Naturally, you might be curious about who’s wearing the spacesuit, and we have got you covered with the clues and guesses.

Astronaut starts the Super Nine clue package saying that the journey could not have come at a better time of his life. He’s long been looking for a chance to do away with labels imposed on him. We see a book titled ‘Exploring Earth’, here. Astronaut continues that something happened on his old planet, forcing him to change his career.

Although the performer tried to start over, negativity made it challenging to launch again. In the world of ‘The Masked Singer’, Astronaut has a spectacular support system around him. He is free to break boundaries and explore new territories, with no ropes attached. Despite not being competitive, Astronaut wants to win the finale.

He introduces the clue, which is a record, with an image of the earth on it. The record shatters in front of us. Astronaut belts out “Never Gonna Give You Up” By Rick Astley. After his performance, Astronaut adds that he’s never had traditional voice training. You can check out the clue package below.

The Super Nine clues continue to point at Astronaut being Hunter Hayes. The Astronaut blows the whistle on a clue that means the world to him. We are introduced to the record that breaks. However, since there is a picture of the world on it, it could mean that Astronaut has broken a world record.

We already know that among the performers, there is one Guinness World record holder. Since this is one of the rarer accomplishments, even for talented celebrities, it does not take long to zero in on Hayes. The singer has a world record for the maximum number of performances in 24 hours. Fans seem to have recognized Hayes from his voice as well.

The earlier clue packages also line up with Hayes as Astronaut. For example, we see a flag with Orion’s belt. Since Orion is a hunter in Greek mythology, it could be a slightly obtuse clue about Astronaut’s name. Some of the visual evidence from earlier packages show a French horn, a coffee container, and the mention of Stevie Wonder.

Hayes is known for playing multiple instruments and started singing in English and French. The French horn might refer to that. The coffee container might refer to Hayes starting by performing in coffee shops. It could also refer to Hunter’s ‘Coffee House Meet & Greet.’ As we’ve emphasized, Hayes shared the stage with Wonder in ‘Dancing with the Stars.’

Finally, Astronaut’s friend refers to the fact that he fell and got right back up. Well, Hunter did fall face down in a 2013 concert, only to get back up. For now, all the clues seem to point to Hunter, and netizens seem confident too, as you can see below.

The judges on the Masked Singer CLEARLY Do not listen to country music because the Astronaut is either Hunter Hayes (top choice) or Shay (Dan and Shay). BOTH fell on stage and both have similar voices…but that vibrato really sounds like Mr. Hayes! #TheMaskedSinger

It appears that Astronaut might remain in the competition for a while, so we can expect more clues to help us discern his identity with certainty.

Read More: Who is Banana on Masked Singer?