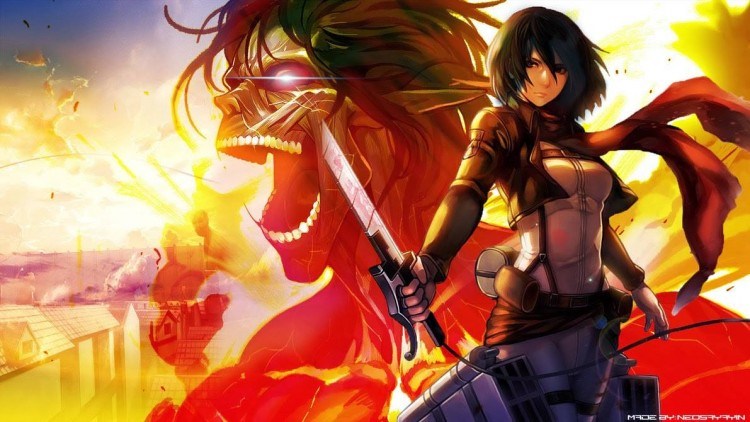 When ‘Attack On Titan’ (Shingeki no Kyojin) first came out in the year 2013, every anime fan was going berserk over what this one had to offer. To add to the excitement of the fans, the first season left us with a cliffhanger at the end and the anticipation amongst the fans just went off the charts. Then we finally had the most awaited season 2 of the anime which again had quite a cliffhanging ending but the reviews were not exactly the same as the first one. The season 2 of ‘Attack on Titan’ had mixed reviews and while some fans still found this as promising as the first one, there were others who were left slightly disappointed.

The second season came out after almost 3 years of silence and it is clear why some fans were disappointed. It’s not grimy and offers something much more refined as compared to the first. The killings in the show is now more purposeful and not mundane like the first. The characters, too, have a more semblance of depth to them.

The story of the second season is much more directional and lacks the unnecessary steel and blood that the first season had. So the fans who did not enjoy this one were probably expecting more of a standard action movie and the lack of that left them unhappy.

To appreciate ‘Attack on Titan‘, it is necessary to focus more on the consolidated parts of the show instead of the whole thing itself. The entire setting of the show is fascinating and if you try a little harder to uncover its secrets, you will enjoy it much more than what it might look on its surface. Think of it as a massive city lying underneath the room that you are seeing. You get to use your own imagination to discover the state of politics, the background of the place, the geographical aspects and most of all, a rich setting that has infinite potential.

The setting of the show allows your imagination run wild and the violence grabs your attention. Whatever your reason may be to watch this show, it is necessary to understand that no show is perfect out there and neither is this one. But after watching this season we can definitely say that ‘Attack on Titan‘ is more than a decent anime, to say the least. And for those who were just looking for some bland Titan slaying, did it ever give off that impression? So we’ll be breaking down each aspect of the show to understand what really was good and what was not-so-good about the show.

The plot of the show revolves around how for centuries, probably in a parallel universe, humans are hunted by giant creatures known as the Titans. The only source of peace for the humans has been three mighty walls that go by names- Wall Maria, Wall Rose, and Wall Sheena. These three have kept humans protected since the past hundred years but this peace is disturbed when Colossus Titan and Armoured Titan destroyed the outermost wall, Maria. As these Titans come closer to destroying the last wall Maria, humans await their dark future with nowhere else to go and nowhere to hide.

The second season of the anime specifically centers around Eren Yeager and other members of the 104th Training Corps who have all just been promoted to becomes permanent members of the Survey Corps. Now that the walls around them are being broken down, these Survey Corps prepare themselves to face the Titans all over again but their training is disrupted when Wall Rose is invaded and the threat on their lives and on that of other humans grips the world with darkness. As these members of the Corps rush towards the walls in the hope that they might be able to do something to save the world as they know it, they discover things about themselves and the Titans that were previously unknown to them. As the battle proceeds, they realize that nothing is as clear as it had seemed before and there were dark secrets that lurked around right under their noses all this time.

There are many plot twists and turns in the second season that will catch you completely off guard. These major shockers include: there are many more Titan “types” that were previously unknown to the humans; a lot more humans are capable of transforming into Titans than we think; the walls are not just any walls but have Titans in them as well; the common knowledge that all Titans are dumb is not true because there are Titans out there who are far more intelligent than most humans; the government had been lying all along and had kept secrets with respect to the origins of the walls; and Titans are not half as evil as we thought they are.

All these revelations will blow your mind and at times all of this is a bit too overwhelming to handle in one season. Another big problem is that unlike the first season which had 24 episodes, this one only has 12 and all the plots twists and turns are just rushed through the entire thing. This rushing of the plot leaves you with many doubts and questions and by the end of the season, most of these questions are left unanswered.

Season 2 starts intensely right off the bat leaving no space for you to breathe. You are at the edge of your seat from beginning to the end. But the story and everything that it offers gets a bit too overwhelming at times because everything is rushed, with too many revelations and surprises happening at the same time. To achieve what the show achieves in just 12 episodes certainly does not help.

While the pace leaves you breathless, the unpredictability leaves you surprised. You don’t know what will happen the next second, and even if you somehow get a fair idea about what’s going to happen next, you will still be shocked about how things unfolds. This clearly shows that some serious effort was put in by the Wit Studios. And even though all of it is a little fast paced, it will keep your excitement and interest levels at its peak almost all the time.

When it comes to the sounds and the OST, one good thing that this anime is that the opening and closing tracks remain the same. That’s a great because these tracks are just too damn beautiful to be replaced by anything else. Once you start feeling the whole vibe of the show, ten seconds into these tracks can literally send chills down your spine. Even the background scores during action sequences are just perfect and add a lot more value to them. Anime like these remind you that sometimes actual visuals can be better than reading the manga itself (burn manga lovers).

The characters are almost the same initially and it’s good to see that instead of wasting too much time on bringing in new ones, the anime actually takes the time to work on the existing ones. The characters grow as the season moves further and we get to see a more vulnerable and emotional side of each of them as they get closer to the Titan attacks. It’s almost like you grow along with the characters and learn to accept them as they are all through the series. Some characters will also surprise you and what you thought of them will never remain the same after the fourth season (we don’t want to give spoilers).

Wit Studio clearly has quite a lot of budget for this show which becomes apparent from the quality of art and animation. The style of animation fits well with the plot and unexpectedly even the Titans have been designed almost perfectly. The imagery that you get to see from time to time are just exceptionally beautiful and even the character mannerism goes along very well with their true personalities.

Overall, I believe it’s pretty evident by now that the second season of ‘Attack on Titan’ has not only proven to be as good as the first one but has also surpassed it in certain aspects. The only part where it lacks is the length of the season and I’m sure that is exactly where they ended up saving their budgets. If you want to get the best out of this one, then make sure you watch it on a big screen with the your sounds up. This will enhance your whole watching experience and we are sure that you will end liking it.

The best English Dubbed version of ‘Attack on Titan’ Season 2 can be viewed on the website of their official licensor- Funimation. And for those who want a more refined and original experience of the anime can always watch the subbed version of it on the same website.