There are, perhaps, only a few other anime out there like ‘Attack on Titan.’ The story of the dark fantasy series focuses on a group of human warriors who are determined to beat the man-eating creatures called Titans. It is based on the manga by Hajime Isayama, and its stellar character development, animation, storyline, dub performances and tone have been praised globally.

So far in season 4, the four-year war has come to an end, and the Marleyan generals are looking to make technological advancements as well. Zeke wants to invade Paradis Island, and Falco is worried about Gabi inheriting the Armored Titan. As if this weren’t enough, in episode 3, some rather exciting information has come to the forefront. So, let’s get right to it, shall we? SPOILERS AHEAD!

As Reiner relaxes in his childhood home, he recalls how he wanted to be an honorary Marleyan since his childhood so that he could live with both his mother and father. This is why he trained to become a soldier, although he wanted to be considered a hero as well. With the help of a flashback scene, we learn that Reiner is loyal but not the most skilled. Reiner’s chances of inheriting a titan are little to none. In fact, he even fights with his colleagues about this.

Finally, the chosen candidates are revealed. Annie is Female Titan, Reiner is the Armored Titan, Marcel is the Jaw Titan, Zeke is the Beast Titan, Pieck is the Cart Titan, and finally, Bertolt is the Colossus Titan. Galliard is shocked that Reiner was chosen over him. During a parade, Reiner sees his estranged father in the crowd and tells him that they (Reiner and his mother) are honorary Marleyans now. The family can live together again. However, the father doesn’t care and wants nothing to do with them. Later, the team goes on a mission to Paradis Island.

Marcel reveals that Reiner was never meant to become the Armored Titan. To protect his own brother, Marcel interfered and swayed the decision-makers. Before Reiner can process any of this, Ymir comes in the form of a Pure Titan and devours Marcel (who saves Reiner from certain death). Annie and Reiner then fight about how to proceed with the mission, and eventually, it is decided that they will break down Wall Rose to lure out the Founding Titan. (Alongside this are scenes from season 1 that have been juxtaposed for context).

At present, Reiner loads his gun and almost shoots himself. However, coincidentally, Falco punches the wall outside in frustration. Falco is annoyed that he cannot improve and become better than Gabi. After all, he wants to save her from the “dark future” of inheriting a Titan by becoming the Armored Titan himself. Reiner realizes that he still has people to live for. 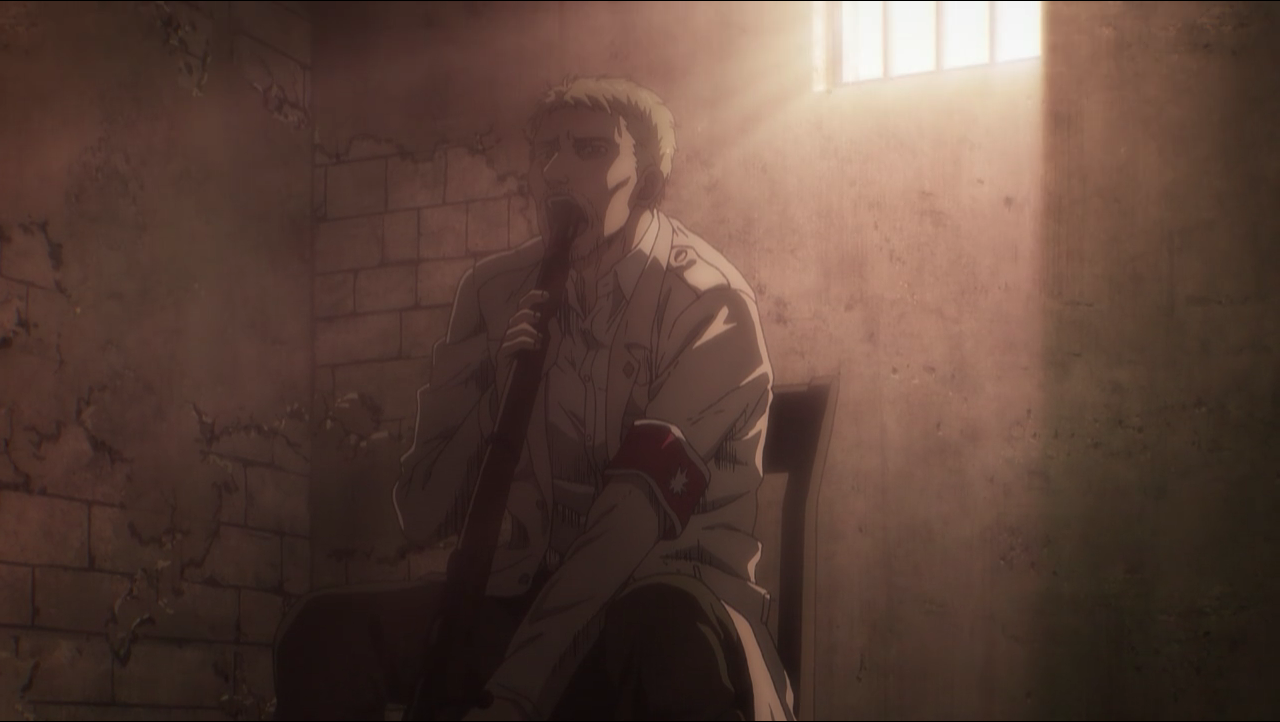 On his way back, Falco crosses the hospital. There, he strikes up a conversation with an injured man who states that people have different reasons for going to war. Some join the military because of external pressures from society, but some push themselves instead. He feels that people who are willing to do so see something that others don’t. At any rate, one wouldn’t know what they’re capable of unless they keep moving forward.

Who is Falco’s Mystery Friend?

The conversation that Falco has with the man outside the hospital is a little cryptic. They honestly discuss the ravages of war and how different people are motivated by various factors. The man even points out that they are always surrounded by misery, loneliness, sickness, and death. Falco also voices that he is concerned about Gabi inheriting the Titan. 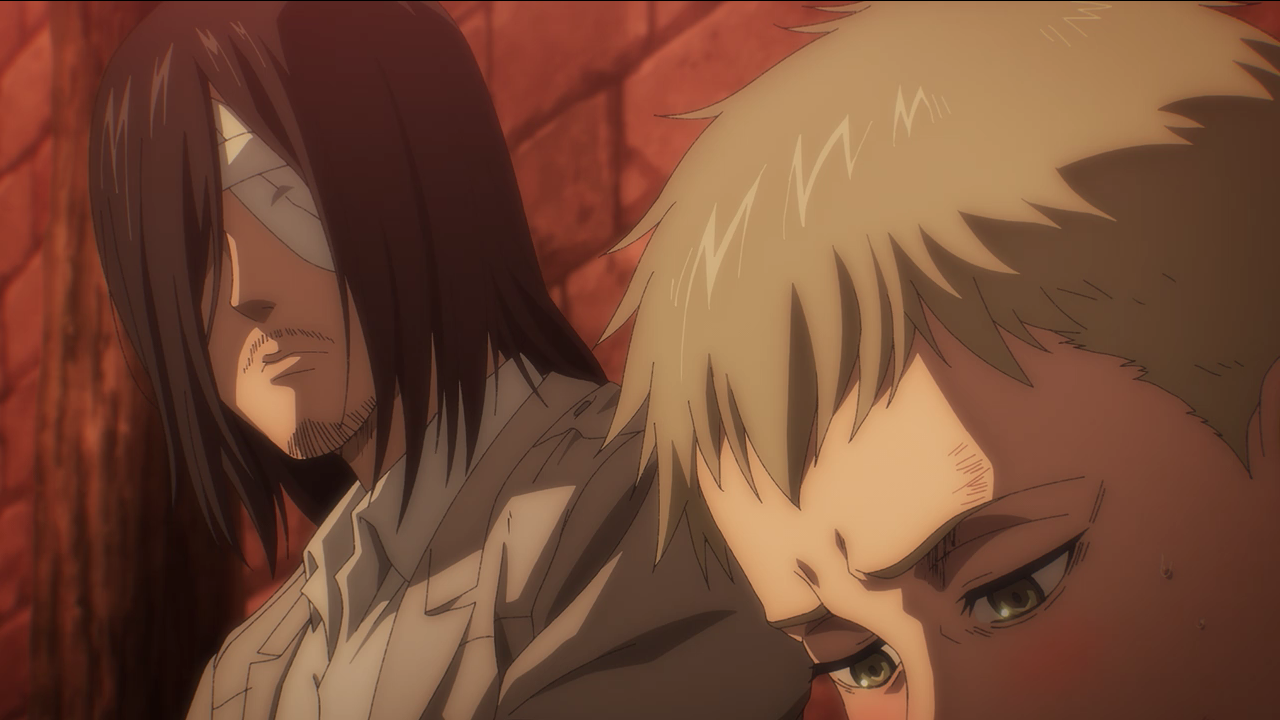 These two characters have found solace in each other, even if it is for a second. But this meeting is important for more than one reason because it seems as though Eren Jaeger has finally made a comeback. One of our first hints is that clips from season 1 that feature Eren have been dispersed throughout the episode. At one point, when Annie, Reiner, and Bertolt discuss their mission, Eren, Armin, and Mikasa are seen in the background as refugees.

Towards the end, there is also a scene where Reiner motivates Eren not to give up. Interestingly, in this flashback, Eren is struggling to master the ODM machines, which is an imperative tool in the fight against the Titans. However, Reiner offers him a helping hand and says that Eren needs to keep moving forward. The injured soldier says the same thing to Falco in the present day, and if this doesn’t hint at Eren’s comeback, we don’t know what will.