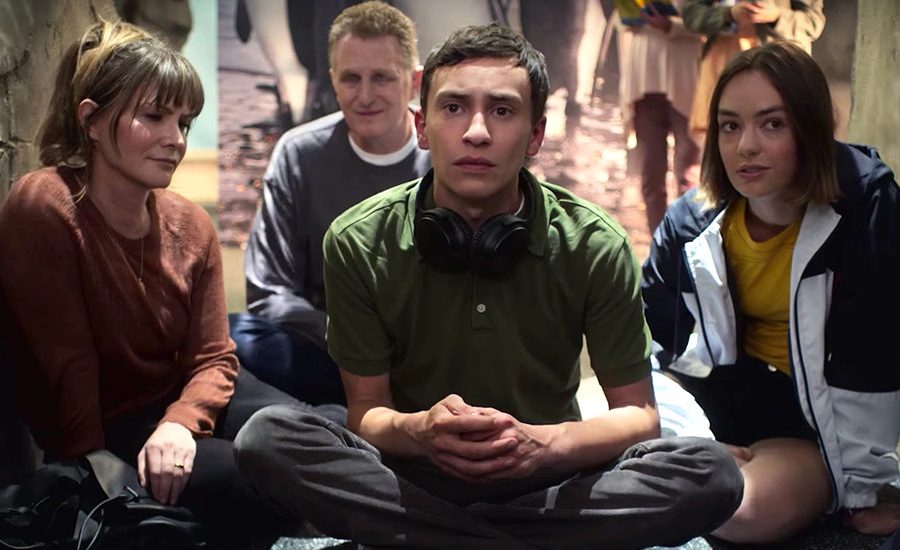 ‘Atypical’, Netflix’s heartwarming, brilliant coming-of-age drama, is created by Robia Rashid. Narrating the life of the 18-something, autistic teen Sam Gardner, it originally premiered on the streaming platform on August 11, 2017. Although the show’s first season received a bit of criticism because of its apparently inaccurate portrayal of autism and the absence of autistic actors, it was received immensely well by fans — so much that it was renewed for three seasons to date. Now, will there be an ‘Atypical’ season 4? Fans are desperate to know and so are we. So, let’s find out. But before a quick recap of the show.

Atypical Cast: Who’s in it?

Atypical Plot: What’s it about?

Sam Gardner hails from Connecticut and suffers from autism. The 18-year-old teen takes his family by surprise when he announces that he wants to step into the world of dating, just like his peers. Doug, Sam’s dad, had been finding it challenging to connect to his son all these years and jumps into action when Sam approaches him for guidance. But much to Doug’s shock, Sam has a crush on his 26-year-old therapist, Julia. At a loss of words, Doug advises his son to find someone his own age — to which the latter responds by saying that he first needs a “practice girlfriend”.

Meanwhile, ‘Atypical’, apart from focusing only on Sam, throws the limelight on his other family members as well. For instance, his mom Elsa, now a bit relieved that Sam is finally trying to be independent, gets in an affair with a bartender. On the other hand, Sam’s younger sister, Casey, is a talented athlete and earns a scholarship to join another elite school. She is a bit skeptical about leaving Sam behind, the worries which are intensified when she learns about her mom’s affair and the fact that Doug had left the family the first time he learned of Sam’s affliction. The story also follows Julia, who due to a misunderstanding, blames her boyfriend of infidelity, after which she discovers that she is pregnant.

Season 2 begins with Doug discovering Elsa’s affair, leading him to throw her out of the house. As a result, he has to now take up all the responsibilities of the family. Later, the pair reconciles but still, the old connection is lost. Sam, on the other hand, seeks a new therapist in Julia’s absence, and finally decides to join a support group for autistic students — so that he can eventually find his independence and graduate. Casey joins Clayton Preparatory School, where she struggles at the beginning but later forms a strong bond with Izzie, which gradually develops into attraction. This compels Casey to question her own sexuality. Meanwhile, Sam’s talent for making sketches grants him admission into Denton University’s Scientific Illustration program.

‘Atypical’ Season 3, which picks up the story from the second part, is definitely the show’s most brilliant season yet. It narrates the trials and tribulations of the Gardners as they face multiple other problems. Sam is attempting to cope up in his new college, whereas Casey is still confused between Evan and Izzie. Elsa and Doug attempt to figure out if they can make their marriage work or if they should separate and move on.

Season 4, as and when it happens, is expected to follow the consequences — good or bad — of the major decisions taken by its protagonists.

Atypical Season 4 Release Date: When will it premiere?

‘Atypical’ Season 3 premiered on Netflix in all its entirety of 10 episodes on November 1, 2019. Now, as far as the fourth season goes, Netflix is yet to make an official announcement about its renewal. But we don’t think, this is a cause of concern. Usually, if past trends are any indication, the streaming platform confirms the next season, almost a month after its previous installment. So, you can expect some news by December 2019.

‘Atypical’ has a huge fanbase and hence, Netflix should definitely bring it back once more. The protagonists have multiple stories to tell and the series needs to close off several character arcs.

So, what about the expected release date? Season 1 released in August 2017, season 2 in September 2018, and season 3 in November 2019. Therefore, going by past trends, ‘Atypical’ Season 4 should release sometime in December 2020. If you note, there have been increasingly longer gaps between the seasons. And we think this is a good thing. For instance, the first installment was criticized for sticking to stereotypes. But the second part brought in a lot of improvements. It added actors as well as writers with autism, delivering a more accurate portrayal of people on the spectrum. And season 3 goes even further by addressing so many sensitive issues — from marital problems to sexuality, teens learning valuable lessons about love, and people from the autistic spectrum embracing change at their own pace. Hence, we expect season 4 to continue delivering a more spectacular storyline.

While we wait for an update on ‘Atypical’ season 4, watch the official trailer for season 3 below. If you have not watched this fabulous show yet, head to Netflix and catch up on all its previous episodes.