All Avengers Costumes, Ranked From Worst to Best

The Marvel Cinematic Universe (MCU) has showcased the very best of interconnected superhero storytelling, echoing the vast story arcs across multiple comic book titles. This past decade has undoubtedly brought many inspiring characters and memorable events fueled by skilled writers and ingenious directors, all led by Marvel Studios president Kevin Feige. Across all these movies, our beloved characters have been seen in mesmerising costumes that have drawn out cheers and yells from audiences in glorious moments of frenzy.

It should be noted that only super-powered Avengers will be considered in the list, so sadly one can only mention Nick Fury’s (Samuel L. Jackson) magnificent all-black leather ensemble, and not include it. This will also exclude characters such as Peggy Carter (Hayley Atwell), Phil Coulson (Clark Gregg), and Maria Hill (Cobie Smulders).

Also, only those who have been properly been a part of the Avengers will be in the list. Therefore, this excludes the assured Heimdall (Idris Elba), the formidable Lady Sif (Jaimie Alexander) and of course, the adored super-villain/antihero Loki (Tom Hiddleston) who just has too much history to be considered as an Avenger. This also excludes figures such as Valkyrie (Tessa Thompson), Okoye (Danai Gurira), Nakia (Lupita Nyong’o), Shuri (Letitia Wright), Mantis (Pom Klementieff), Nebula (Karen Gillan), Hank Pym (Michael Douglas), and Wong (Benedict Wong). In addition, the Guardians of the Galaxy as a whole are not considered to be part of the Avengers per se, but they are more of their own team, so a separate list should account for them alone.

Special mentions go to Wasp (Evangeline Lilly) and Captain Marvel (Brie Larson) both of whom have films coming up soon, with the former set to feature in a more central role than in her previous outing ‘Ant-Man’ (2015), and the latter almost certainly playing a crucial role in next year’s intensely hyped follow-up to ‘Avengers: Infinity War’ (2018).

Here is the list of all Avengers costumes, ranked, on the big screen in the MCU. Can Spiderman costume top the Thor costume? Find out.. 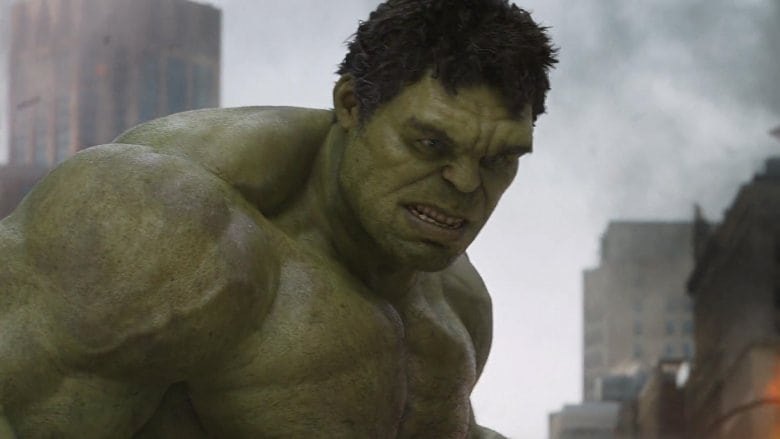 If bare-chested green bodies fuelled by rage were to be suddenly considered fashion royalty, the ‘Incredible’ Hulk (Mark Ruffalo/Edward Norton) would certainly be at the top. Unfortunately for him, they are not. And for a list that demands costumes as the basic criteria to rank characters, he doesn’t really have much of one. Nevertheless, he does have his memorable moments where he doesn’t have anything on at all, from crashing through a building and scaring pigeons away in ‘The Avengers’ (2012) to giving Thor thoroughly uncomfortable nightmares as he emerged out of the bathtub on the planet Sakaar in ‘Thor: Ragnarok’ (2017).

A case can be made of the suit of armour and battle face paint he wears on Sakaar, as it gives him a definitive gladiator look and is something he does pull off with his effortless ‘temper’-ament. However, this isn’t enough to pull him off the bottom of our list, although he shouldn’t be too disheartened because of the quality of competitors above him.

Wanda Maximoff’s (Elizabeth Olsen) origins have been reinvented for the MCU, hence the reinvented costume works perfectly for this version of the Scarlet Witch. The varying shades of red in the corset and pants are an homage to her comic book uniform, although Olsen herself has rightfully raised objections with her lowered corset that doesn’t make any sense in battle. The Witch’s original costume does not lend itself easily to live action sequences, but as Olsen herself admits, her present costume is much better than that fashion disaster with the leotard and ostentatious headband. 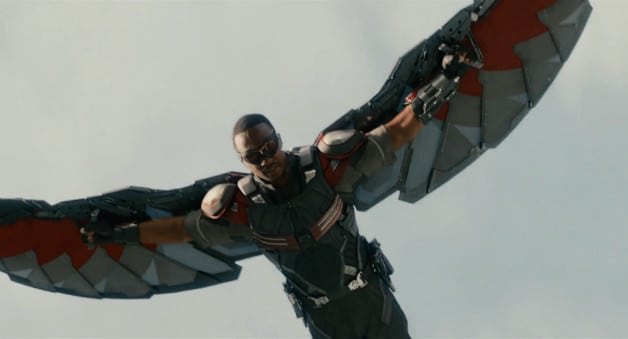 While Falcon’s (Anthony Mackie) comic book costume is undoubtedly cool in its own right, its bright red-and-white pattern and the fact that compact wings span out from under his arms would be implausible to audiences worldwide and with varying degrees of comic book familiarity. Instead, the MCU variation subtly incorporates hints of red in the wings and of course in his drone, Redwing, which is fittingly named after his falcon in the comics. In addition, the MCU costume presents the wings in a more believable manner, as they come out of a jet pack and are connected by a complex harness. 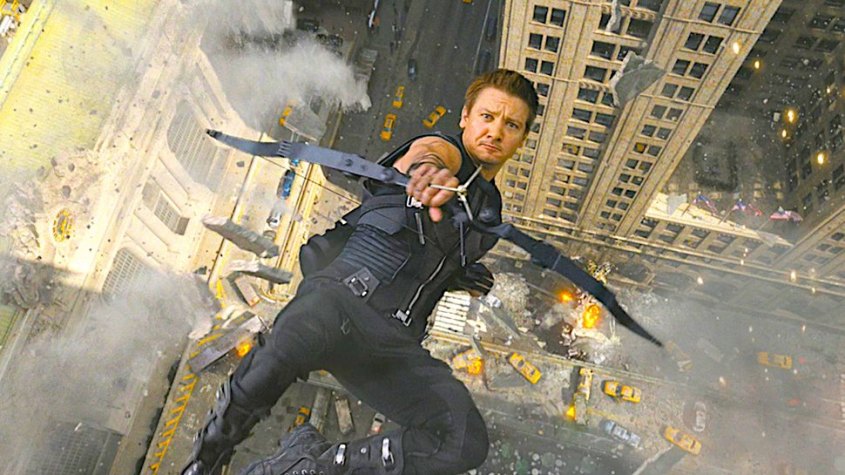 Hawkeye (Jeremy Renner) has famously been on the receiving end of many jokes owing to his prodigious skill with the bow and arrow paling in front of his teammates and adversaries who have a more impactful set of superhuman abilities. Nevertheless, this flak shouldn’t extend too much to his costumes over the years.

His first two appearances in the MCU were marked by two different costumes. In ‘Thor’ (2011), he has a brief scene where he gets up high to survey the S.H.I.E.L.D camp around Thor’s hammer Mjolnir as the God of Thunder rips through the camp to obtain it. Here, he is in standard tactical gear, with light armour and dark clothes to facilitate evasion. In ‘The Avengers’ (2012), the archer is once again in standard tactical gear, although his light armoured vest gives him more freedom to flex his arms and is arguably his most memorable look in the MCU. In Avengers: Age of Ultron (2015), he is in a full-sleeved trench coat that heightens his style. Overall, Hawkeye’s style isn’t anything unexpected, but it is quite functional for the most part. 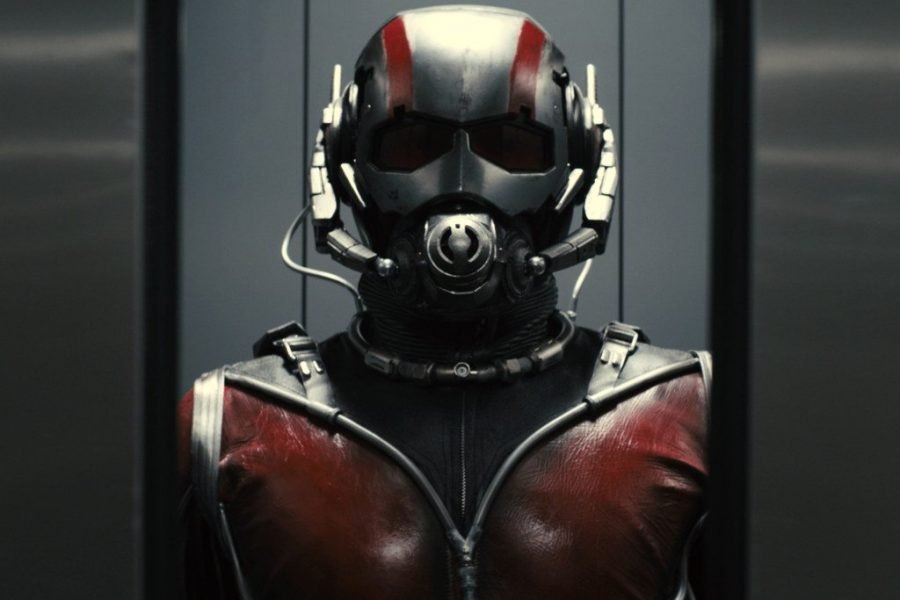 Ant-Man’s (Paul Rudd) costume represents a well-intentioned effort to stay loyal to the character’s comic book origin. The iconic silver helmet is paired with red tones to impart a fresh look. However, what detracts from the overall look are the mechanics of the suit itself.

The film is at pains to establish the science behind the intricate workings of the suit, with Hank Pym’s research prioritised right from the start. This does justify the suit’s several knobs and switches, and is a realistic portrayal of the rather plain-coloured suit in the comics. It also gives off a clumsy air, heightened in the very first scene we see it, as Scott Lang retrieves it from Pym’s safe; a hunk of old equipment. Its antiquatedness is even clearer when placed in contrast to its female counterpart Hope van Dyne’s Wasp. 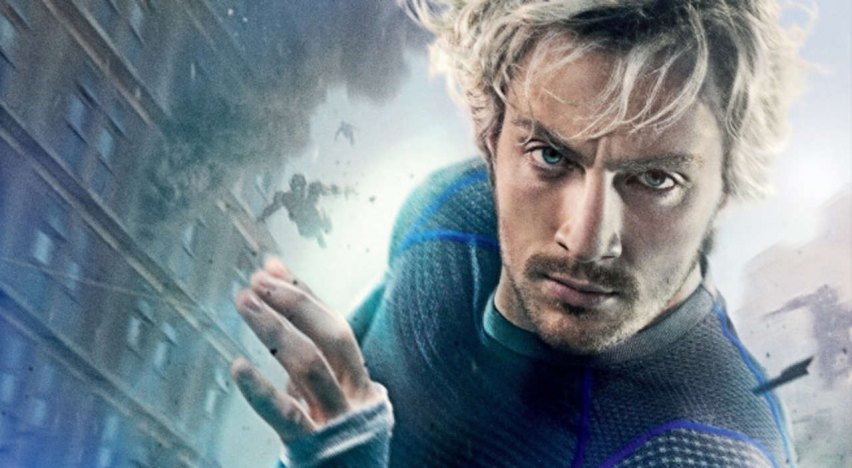 Any mention of Quicksilver (Aaron Taylor-Johnson) inevitably draws comparisons with the Quicksilver of the X-Men films by 20th Century Fox played with considerable panache by Evan Peters. Regardless of who enacts the Marvel speedster better onscreen, the MCU version does have the more faithful costume. Quicksilver’s signature lightning bolt across his chest makes way for more modern side patterns, while the purple-blue colour scheme is retained. The spandex, especially stretching to the palms, is also utilised to great effect, with the sporty look fitting with the skillset of Scarlet Witch’s twin. 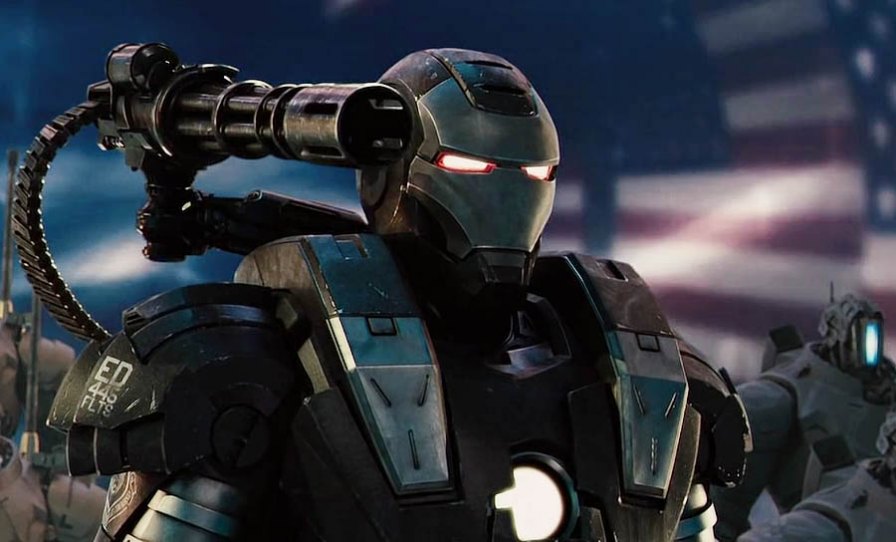 It’s hard to argue against the War Machine suit’s obvious cool quotient with all its literal guns and whistles and its heavy artillery, with its offensive capabilities highlighted particularly in ‘Iron Man 2’ (2010). What is also hard to argue against, however, is that War Machine is a more mechanical copy of the Iron Man suit and has none of its flair. The suit’s grey colour scheme highlights the ‘machine’ in its name, as opposed to ‘man’ as in ‘human’ in Tony Stark’s red-and-gold costume. It is quite comic book-accurate, and is a formidable suit in its own right. 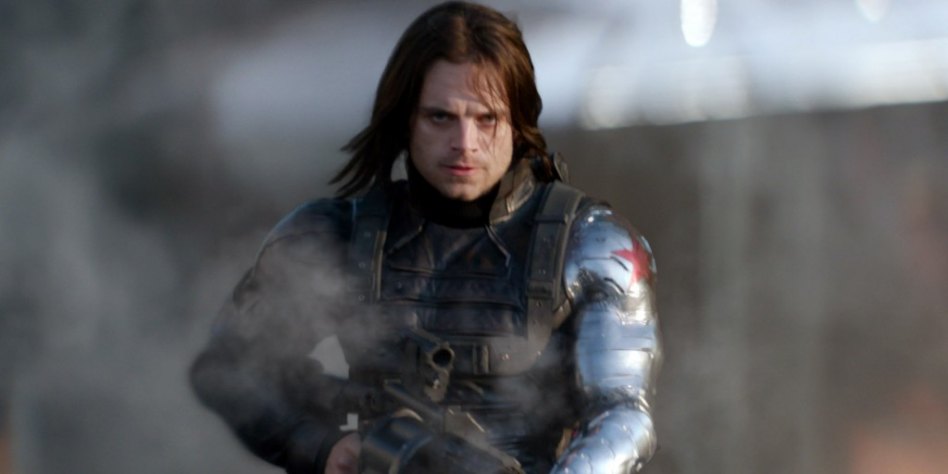 As fascinating as James Buchanan ‘Bucky’ Barnes’ (Sebastian Stan) character arc is throughout multiple films of the MCU, his costume isn’t much to write home about. The metal (and later vibranium) arm is undoubtedly the showstopper, emblazoned with the Soviet Red Star. The rest of his outfit mainly comprises of tactical gear and assault weaponry. The MCU version also adds a nice touch with the modern face mask replacing the old-school domino mask he wears in the comics.