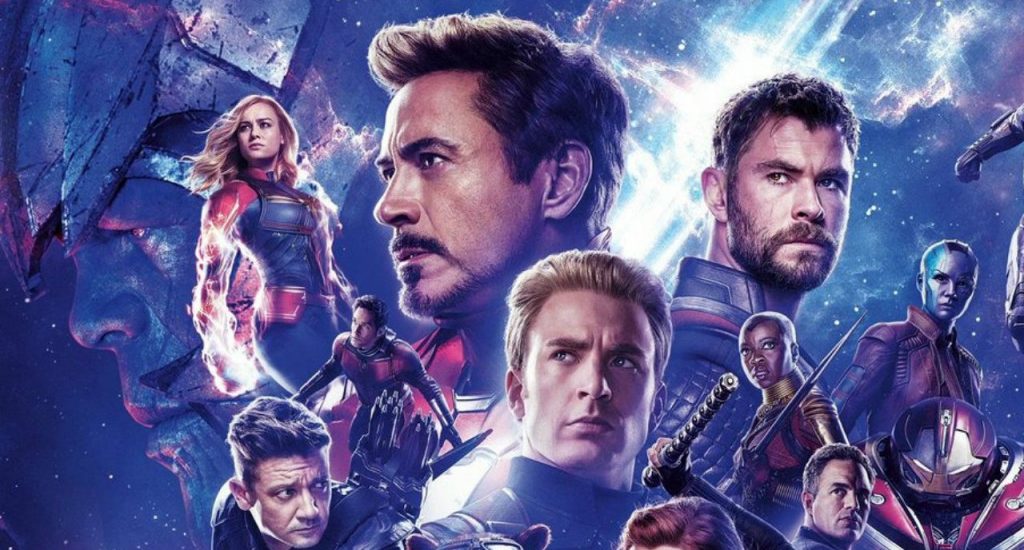 The time travel virtually occupies the entire second act of ‘Avengers: Endgame’, and as can be expected since this is a commercial superhero film and not a very sound sci-fi film, the time travel in the film is rather complicated and often messy and complacent in the creation of a number of plot holes and inconsistencies. While contemplating the plausibility of it all, the team states a number of classics in the genre also stating their rather obvious consequences, and it would seem like ‘Endgame’ draws from all of them simultaneously. The thing in the end that matters is it’s all darn entertaining and includes more than a few call-backs to previous marvel films, as if there were any less reasons for fans to scream during ‘Endgame’.

A notable thing about the write-up to follow will be that if I were to nitpick, I could virtually lift off the entire time travel arc from the film, and by pointing to every potential loophole, defeat the purpose of it. This is not something that I intend to do, since I already know, as do you, that it is in fact very, very messy and leaves viewers with absolutely no answers as to the possibilities of it all, that is, if you were paying attention to it apart from the spectacle. Onwards to the theory of it all now.

Tony, Cap, Scott and Hulk land up in New York during Loki’s invasion with the Chitauri, and the Avengers resolve that their idea is not to hamper or transform major happenings. In 2012, while Hulk goes to the NY sanctum to retrieve the time stone where he encounters the ancient one, interesting facts about the infinity stones and the very passage of time in the universe are revealed. The ancient one instructs an astral Bruce about the stones constituting the very flow of time in their reality. If any one of them were to be removed or deviated from a set path, it would cause the flow of time to split, essentially meaning that an entire parallel reality would be created, Bruce’s counter argument to which is that the same could be avoided if one were to place the infinity stones back right where they were, just in time.

Another notable thing to discuss would be the intended outcome: the Avengers are travelling back in time not to alter their current timeline by creating a kind of butterfly effect in the past, altering the entire sequence of events, which is where the killing baby Thanos (or the killing baby Hitler theory comes into play). Their mission is to extract a relic that would allow them to reverse the effects of a present phenomenon, and to return the relic back in time to its respective place without altering any of perceived history. This would mean that the events of ‘Infinity War’ including the snappening still take place; but as opposed to stop that from happening in the first place, they attempt to reverse its effects in the present. Little did they know that they’d have to face Thanos again, with the titan dead in the current timeline. Now, back to 2012, convinced by Dr. Strange having given up the stone in the future being for a reason, the ancient one hands the time stone to Professor Hulk. One down, five to go. 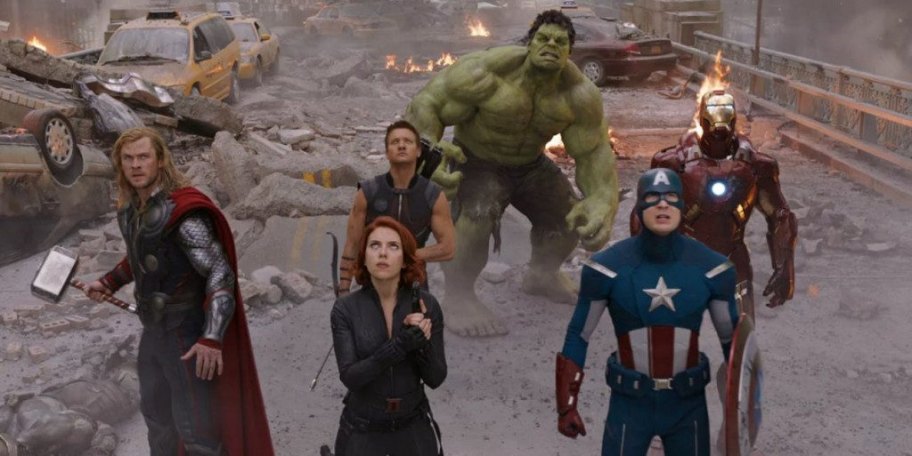 Things now get a little complicated here as Tony attempts to extract the space stone, but his attempts are thwarted by an angry 2012 Hulk who has to use the stairs in a hilarious scene. Scott shrinks and causes 2012 Tony to have a cardiac arrest, creating enough distraction to allow Loki to escape with the Tesseract and thus, the space stone. If there is one major event, one major deviation that could have generated a parallel dimension or reality, it would be this, simply implying that since Loki escaped his fate in New York that day and in effect being captured by Thor and presented to Odin, he may or may not have met his destined end at the hands of Thanos at the beginning of Infinity War.

The fact that Cap and Tony then travel back to 1970 to steal the Tesseract from S.H.I.E.L.D’s army base changes nothing about it. A parallel reality could still stem from the same sequence of events conspiring in 2012, after the tesseract is deposited back by Cap in 1970 when he travels back in time towards the end of the film. Meanwhile, in 2012, the sceptre containing the mind stone is taken by Hydra agents disguised as S.H.I.E.L.D, who Cap successfully retrieves it from in a nerve wracking call-back to easily one of the best scenes in the MCU: the lift fight from ‘The Winter Soldier’, later battling his own older self from 2012. Three down, three to go!

This one is essentially a rehash from a key scene in ‘Infinity War’, albeit more emotional since we bid farewell to a major primary character, Natasha Romanoff or Black Widow, who sacrifices herself for Clint to gain the soul stone. In 2014 in Asgard, Thor and Rocket arrive on the same day Frigga dies in an attack by the dark elves, and Thor finally gets to say his last goodbye that he never got the chance for originally.

Meanwhile, Rocket extracts the Aether from Jane who is housed at Asgard, and Thor retrieves Mjolnir as the two are leaving. The sixth one proves to be their unbecoming as Nebula and Rhodey arrive on Morag to retrieve the power stone from Quill, which they do quite easily, but while transporting back to Earth, while Rhodey quickly leaves with the power stone, Nebula is forced to stay back as the neural interface of the cybernetic 2014 Nebula shows two consciousness, one differentiated by a time stamp, allowing 2014 Thanos to tap into the memories of 2023 Nebula from the future, and see all that is to conspire, including the Infinity War events, his eventual death and the Avenger’s plans to undo his mission. He sends the 2014 Nebula forward in time as a Trojan. Six down, none to go.

Later, with Hulk volunteering, the Avengers are able to reverse the snap, but not until Thanos arrives through the same portal from nine years earlier, now being the only Thanos in the dimension. Following this, since I have already explained the final battle and its outcome in a separate article, we will proceed to the next segment following the battle and its aftermath, wherein time travel is prominently used again. 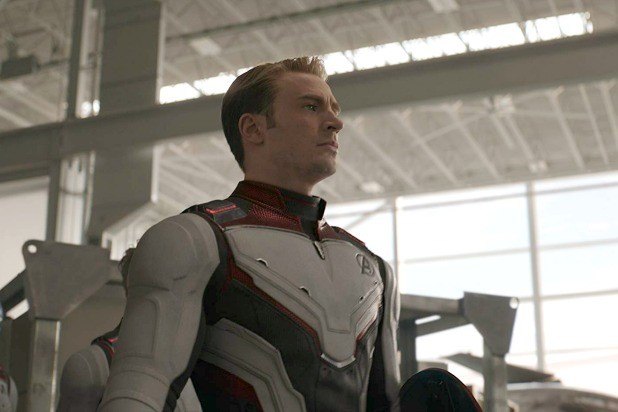 As clarified by the ancient one, it was absolutely necessary that the stones be returned to their original locations in time and space lest the continuity of the current universe be changed and tampered. The Avengers put Cap up for the task, and he travels to the past with the six infinity stones in tow. Now this is where you have to almost completely let go of plot consistency and use your imagination a little. After all, it is about that perfect ending with Cap, one that he deserved, in view of which the film completely chooses to forego any details whatsoever of how Cap actually got to Vormir for returning the Soul stone to the keeper who is Red Skull, or to Morag to return the power stone, or to Asgard to return the reality stone, leave alone, have it fuse with Jane again.

All of this is, of course, assuming that the ones in New York (Time, Mind and Space/Tesseract) were easy curry, but we are all about that perfect ending now. In whatever time he is supposed to take down there, Professor Hulk stipulates that Cap should be back in about five seconds. Now he does return, but as an old man having lived out a majority of his life, the life he dreamt of with his love, Peggy Carter. 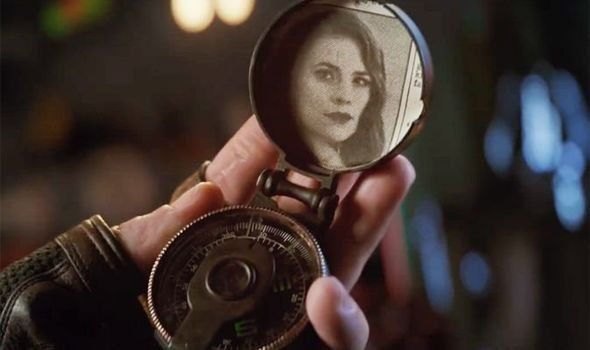 Not to be a naysayer, but while all of this sounds rather perfect, it exposes not a plot hole but a fault line at its core. By going back in time and not living out his days as Captain America, he should be firstly drastically altering the timeline that should considerably change the course of the future that is now, because that would contradict what the film tries to establish with respect to time travel and its necessary outcomes.

Secondly, there is no saying whether he still had the super soldier serum in him or not, but in case he did, the amount he aged should have meant Peggy would have died of natural age long ago. Thirdly, it is clearly understood that the same person can exist simultaneously as his present and future self within the same timeline as is shown in the sequences with the other Avengers. That raises the pining question as to what happened to the original Captain America of that timeline? Well, as I mentioned earlier, the farther you look at it from, the better it would seem. The plot thickens, but the mess also deepens even as you attempt to move it under the microscope. What do you think of the Cap time travelling theory and its inconsistencies? Leave your answers in the comments below.