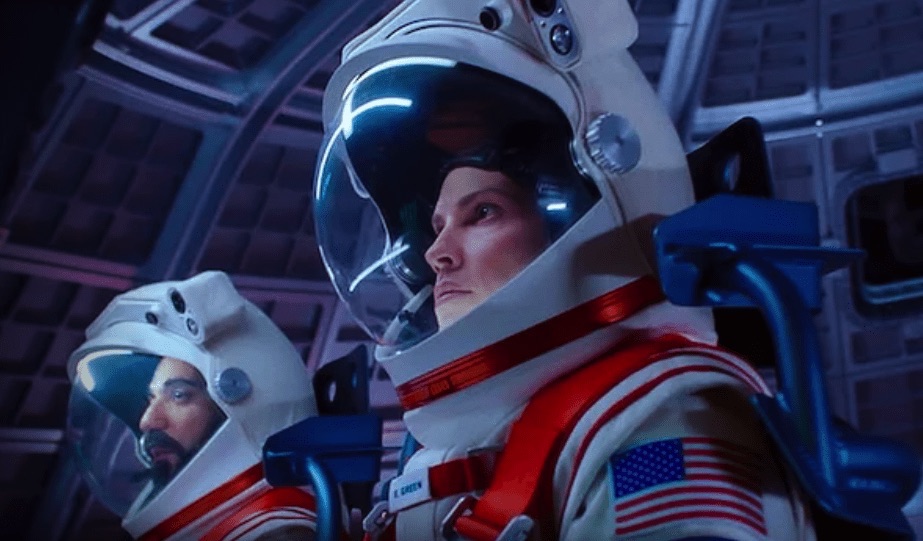 After surviving all the trials and tribulations, the crew aboard the Atlas is now too close to Mars to be stopped by any other difficulty. And yet, their problems continue. A previous problem resurfaces and with two weeks still left for landing and finding Pegasus waiting for them on the surface of Mars, the team has to find out yet another inventive trick to get their way. This time, however, there is a different kind of pressure and different kind of dynamic within the team, which creates tension in a different sort of way. Rooting for them all the way, we still find ourselves wondering if the Atlas will get to complete its mission, or will it finally break down, ending the fateful journey of its crew with a tragedy?

With their journey almost coming to an end, the crew of the Atlas has to go through one more ordeal in order to ensure their survival. The problem with the water supply emerges once again and we find the crew as well as the people at mission control trying to come up with a way to save the day. After some hits and misses, Matt concocts an unconventional solution that will require two crew members to go out into space. With Misha going blind, Ram finds himself next in line. It is his first spacewalk and with the fate of the crew hanging in the balance, he feels the pressure on both ends. On top of that, he also can’t control himself from telling Emma just how he feels about her.

In its season-long journey, ‘Away’ threw all kinds of challenges at its protagonists. The crew of Atlas had to resort to all kinds of things to survive, with all of them facing one or the other sort of crisis of mind and body. Their experiences changed them, while also affecting their relationships with each other. In the end, we find that how they feel about each other and the mission is what decides their actions and fate in the end.

The last time two people of the crew had been out for a spacewalk, we had been evaluating their personal ties and how that would factor into the rescue mission. Once again, ‘Away’ gives us a similar scenario, though this time there is a different angle between the characters, and the stakes are also changed. This time, instead of a lack of respect or trust between them, we have a complicated situation where the matters of the heart are concerned.

Throughout the series, we had witnessed a special sense of loyalty that Ram held for Emma. He had been her devout supporter in face of all adversity and had looked out for her no matter what. With him being her second-in-command, it didn’t seem too out of sorts, but it later turned out to be more than just that. It was when he had been suffering from a feverish nightmare about his dead brother that he let out some semblance of how he really felt about Emma. With his first spacewalk on the horizon and the chances of the crew dying of thirst increasing with every second, he feels compelled to let out those feelings one more time.

The danger is further amplified when the people in charge of the mission start considering the possibility that the Atlas crew might not survive. They are particularly focused on getting their final words before they embark on some dangerous mission and die. Meanwhile, the families of the crew have to suffer the emotional and psychological distress of considering the same thing. Lexi becomes increasingly unsettled with the upheaval in her life. Her time with Isaac had provided her some distraction, but the bike accident created a space between them too. In finding some comfort from her trouble, she makes up with Isaac who apologizes for suddenly cutting off from her.

We also find Matt consumed by the efforts to keep his wife and her crew alive at all costs. As he watches his superiors giving up on them right in front of his eyes, he feels all the more pressurized to save the day. All this while, he also has to deal with the increasing distance between him and his daughter, to come to terms with his situation after the stroke, and to make peace with the fact that Emma is a million miles away from him.

With just one more episode to go, ‘Away’ exhausts all of his tricks and tropes that could possibly occupy the audience and the crew of Atlas on the way to Mars. The final episode leaves only the question of the landing, but with some many troubles already encountered, it can’t be anything but a bumpy ride.

Read More: Where is Away Filmed?