B Positive on CBS: Everything We Know 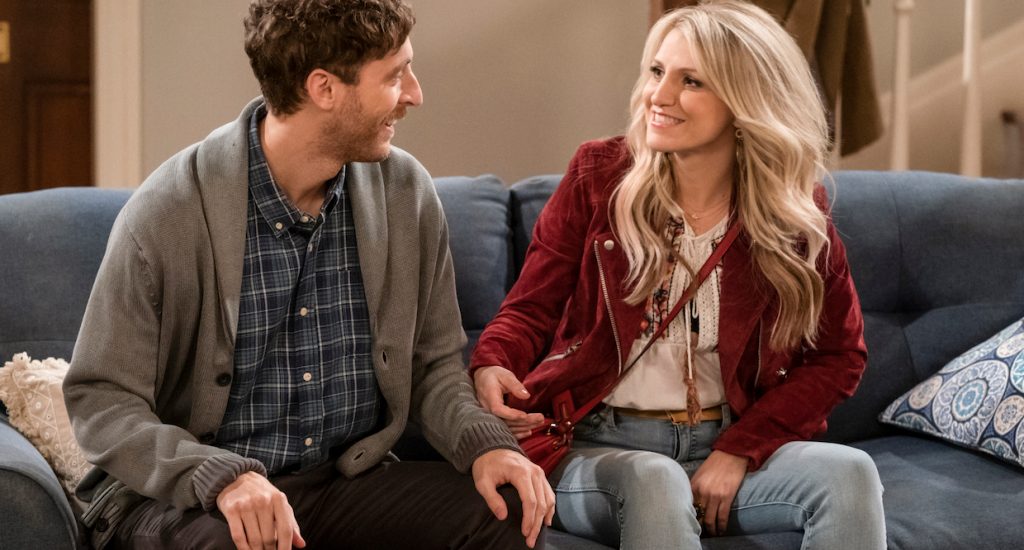 ‘B Positive’ is an appropriate title for a sitcom at such an uncertain time when nothing is “positive!” However, here the positivity refers to something different. Well, it is about the titular blood group and a divorced man who needs a kidney transplant. How this critical health situation converts into a comedy-drama? You may wonder. Well, our preview session might give you the answers!

But before that, you should know that ‘B Positive’ is co-created and co-written by Marco Pennette and Chuck Lorre – the mastermind behind many mainstream hits like ‘The Big Bang Theory’ and ‘The Kominsky Method.’ That being said, let’s now proceed to know more about the inaugural season of ‘B Positive!’

B Positive Cast: Who is in it?

‘B Positive’ stars Thomas Middleditch as Drew, a recently divorced single dad who works as a therapist. Drew is in need of a kidney donor and also, a social life. Middleditch is best known for starring as Richard Hendricks in ‘Silicon Valley’. He has additionally appeared in ‘Godzilla: King of the Monsters’, ‘Zombieland: Doubletap’, ‘The Wolf of Wall Street’, and ‘The Campaign’, among others. Joining him is Annaleigh Ashford as Gina, an old friend of Drew who offers to donate her kidney.

Ashford is a Tony Award-winning actress, noted for her work in ‘Masters of Sex’, ‘Sunday in the Park’, and ‘You Can’t Take It with You’. Rounding up the lead cast is Kether Donohue as Leanne (a girl who loves to party and works several jobs) and Sara Rue as Julia (Drew’s ex-wife, working in the real estate market). Izzy G stars as Maddie (Drew and Julia’s daughter) and Terrence Terrell as a soccer player called Eli.

B Positive Plot: What is it About?

Drew is a recently divorced therapist who resides in Connecticut. He faces recurring urinary issues and approaches a doctor, who reveals the worst. He is in danger of renal failure. Undergoing dialysis is an option, but the doctor asks him to locate a donor – someone with a B-positive blood group. Drew then attends a friend’s wedding, and this is where he meets an old friend from high school, Gina.

Gina has a big heart, but she is a rambunctious party girl, employed as a shuttle driver for an old-age nursing home. On hearing about Drew’s condition, she offers him one of her kidneys. A test confirms that she can proceed – only if she stops with drugs and alcohol for three months. Gina agrees to try while Drew heads off to the hospital – for his weekly dose of three dialysis sessions.

Read More: Where is B Positive Filmed?