Will There be More of ‘Babies’? 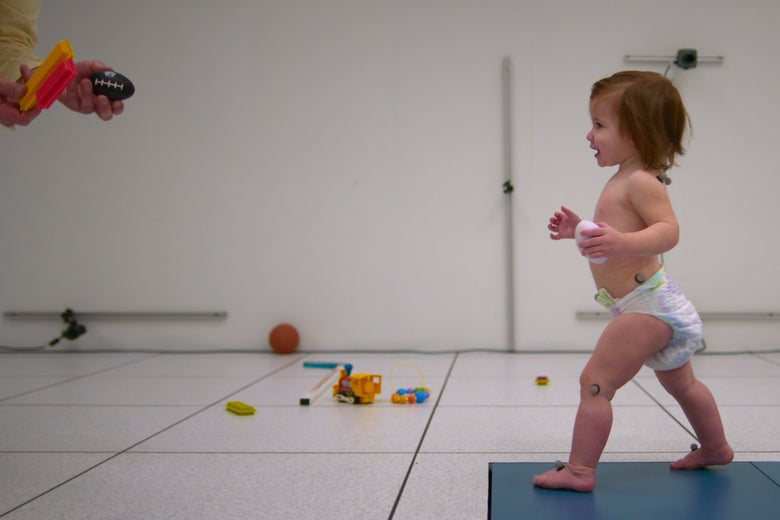 Whether you are experienced parents, first-time moms, or someone who is closely associated with infants, you will know what are the first thoughts that strike our minds when we say ‘babies’. Loads of bawling, sleepless nights, and not too mention, milky odors and diaper changes. But in the first year of development, these tiny humans undergo a gamut of changes — crawling, sitting, and eventually eating solid food.

Netflix’s docuseries ‘Babies’ details the science that goes behind the quick progress of infants during their first 12 months. And no doubt, when it landed on the streamer, many families gathered before their screens to catch up on this amazing show. But it seems six, 50-minute episodes from season 1 were not enough. And fans want to know if the documentary will make a comeback again. Read on to know if and when ‘Babies’ season 2 will release on Netflix.

Babies Season 2 Release Date: When will it premiere?

‘Babies’ season 1 released on February 21, 2020, on Netflix, in all its entirety of six episodes.

The show attempts to document the developmental stages of a baby, which include some important first steps like crawling, sitting up for the first time, walking, eating solid food, and evolution in sleep patterns, among others. The thing is, this research is ongoing and can be expanded to cover several other aspects of the progress of childhood. Hence, there’s strong potential to recommission another season.

However, a lot of this decision will depend on the viewership numbers and ratings — the former being a factor that Netflix takes quite seriously. If the numbers meet the streamer’s expectations, it might go ahead with a renewal. But we know that season 1 was filmed over a span of one year, and therefore, we cannot expect a new season to land anytime this year, i.e 2020. If renewed, we expect ‘Babies’ season 2 to release sometime in February 2021, following a gap of at least 12 months after the first season’s release.

Babies Cast: Who is in it?

The stars of this docuseries are the tiny infants, whose journeys are documented right from the day of their birth to the time they turn one year old. The spotlight is also thrown on the 15 international families who had opened their doors for the filmmakers to film each and every moment of their child’s evolution across the months. Additionally, the 36 scientists, showcased across the episodes, play a pivotal role in shedding light on the science at work behind an infant’s mind.

Season 2, if renewed, will follow a similar casting style, maybe bringing in different families to chronicle their journeys. Some of the already featured researchers should make a comeback, joined by additional new faces.

What is Babies about?

According to Netflix, ‘Babies’ is all about “Following the life-changing adventures of 15 international families and featuring the latest research from eminent scientists who share their personal journeys of discovery into the infant mind, the series is filled with the exciting uncertainty of parenting, exploring each major milestone of development like never before.”

In the first episode, which revolves around bonding, we learn what happens when parents fall in love with their newborns. There is an increased level of oxytocin in the bodies of both the mum and dad. Ruth Feldman, professor of developmental social neuroscience, says: “Fatherhood is as biologically deep as motherhood.”

The second episode delves deep into the importance of breast milk, microbes, and iron on a baby’s nutrition. We also get to know how crawling is not just a phase of physical evolution but that it means other things for an infant as well. Experts next break down the power of vocabulary grasping in infants and the effect of sleep on a baby’s dynamics. Finally, we see how walking changes a toddler’s reflexes and skeletal development.